Fraudster who tried to woo Rihanna with champagne is jailed again

A convicted fraudster who tried to woo Rihanna with a bottle of vintage champagne when he was on day release from prison has been jailed again for 16 months.

Alex Hope, 29, who was dubbed ‘King Popper’, set up five new bank accounts and went to West End shows in a £75,000 spree when he claimed he was working in a food bank in Vauxhall, London.

He had been jailed for seven years in 2015 for swindling millions from investors to bankroll a playboy lifestyle of gambling and going to exclusive nightclubs.

But the unrepentant swindler lived the high life and was on day release when he had a bottle of champagne sent to the pop star’s table when he was in a nightclub. 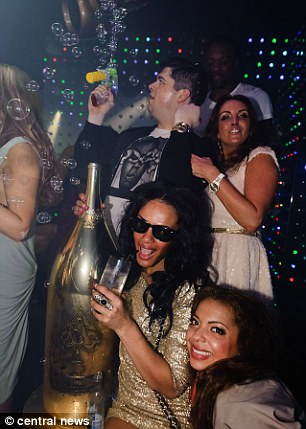 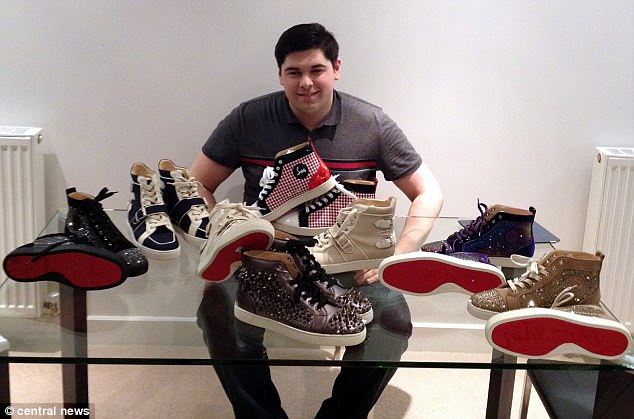 Southwark Crown Court heard some of the £75,000 was traced back to West End tickets for Charlie and the Chocolate Factory, a Rihanna concert, and splurges at Tesco on prosecco and vodka.

Judge Deborah Taylor said: ‘No explanation has been given as to where the money came from or where it has gone.

‘This behaviour would be treated as contempt of court. It is repeated and blatant offending.’

Ms Sarah Clarke QC, prosecuting, said: ‘Money was withdrawn in cash and disappeared or used to fund, clearly, his lifestyle.

‘This is a man with history of not obeying court orders. There’s evidence of repeated lies to the court, to your ladyship, to Magistrates Court, to HMCTS and to the FCA.’

Hope taught himself economics before landing an office job with City-based training school Forex Academy before working as an independent trader at Zone Invest.

Hope admitted perverting the course of justice between April and September 2016, in relation to opening the bank account and spending funds.

Ms Clarke QC said that Hope ‘deliberately misled’ the justice system by lying about the accounts and spending funds, while at the same time asking the courts for more time to pay back money to investors.

Hope claims that one withdrawal of £4,500 was to buy an engagement ring. 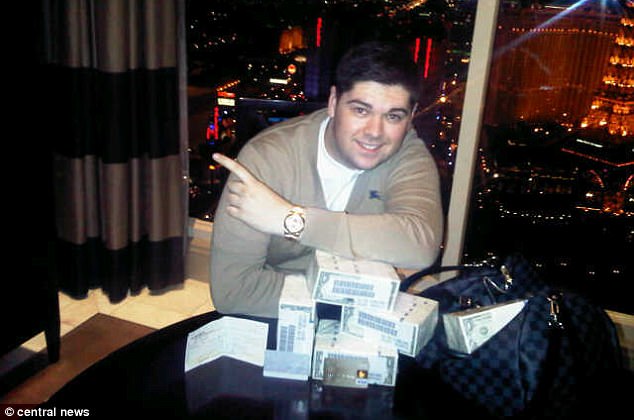 Hope, (pictured) from Canary Wharf, had been jailed for seven years in 2015 for swindling millions from investors to bankroll a playboy lifestyle 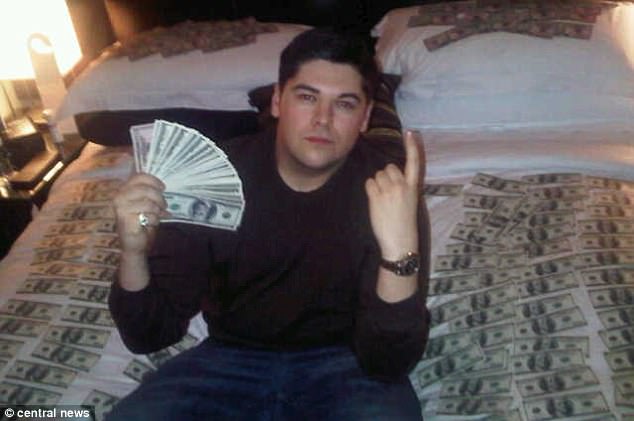 Ms Clarke said: ‘It was made absolutely clear what the terms of the order were and his obligations in respect of it.

‘On February 12 2016 the defendant was made subject to a confiscation order in the same of £166,696. Your honour will recollect there was something like £2million under restraint.

‘The restraining order remained throughout and remains in force today.

‘The essential terms of the restraining order are that he was not allowed to disperse, deal with or diminish assets.

‘He had to disclose all his financial assets, disclose all bank accounts and disclose details of any income or debt liabilities.

‘There was one variation of the order to enable money under restraint to be released back to investors. Mr Hope could not have been in any doubt of the essential terms of the restraint order.’

The prosecutor said that in August 2015 Hope wrote a letter to his offending manager in support of an application to get day release from Brixton prison.

‘He said: “I want to put towards helping a food bank in London” said Ms Clarke.

‘That is most certainly not what then subsequently happened. What then did in fact happen was that he was subsequently granted temporary leave for him to go and attend employment.

‘On April 26 2016 he opened the first of a series of bank accounts at HSBC. Sums of money were put into this bank account, most of which was withdrawn in cash.

‘In May 2016 Mr Hope asked for more time to pay his confiscation order. Nothing was said in that letter that he had opened the HSBC back account and sums of money had started to go into that account and then had been withdrawn in cash. So we don’t know where the money has gone. 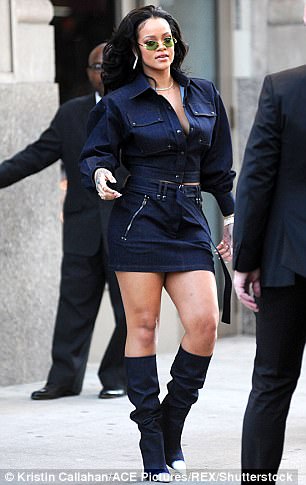 ‘On May 13 Mr Hope telephoned HMCTS and said he was doing his best to pay at least part of his confiscation order.

‘At no point did he reveal what was happening in terms of the HSBC bank account. Within five days he opened two further bank accounts at Clydesdale Bank. Sums of cash were put into those bank accounts and either spent or withdrawn.

‘On June 7 he opened another bank account this time with Lloyds. The HSBC account was used to purchase tickets to see a West End show, Charlie and the Chocolate Factory. That was for him because that was on a day when he was on release from prison.

‘On 15 June Mr Hope applied for more time to pay and your honour refused the application. He did pay £1,000 towards the order.’

The cash had been transferred into one of the Clydesdale accounts by an unknown sender, before being used to pay the court order.

‘He said the court can expect significant payment to be made. Those payments went in fact not made. That never happened’, said Ms Clarke.

The judge heard that the withdrawals were always made from banks on days when he was on temporary release, and in close proximity to where he had been dropped off.

Ms Clarke said that four tickets for a Rihanna gig was ‘clear evidence’ that it was for Hope’s ‘personal benefit’ because there was evidence Hope had sent a bottle of champagne over to the pop singer’s table at a nightclub.

Three days after he purchased the gig tickets, along with tickets to see a boxing match in June 2016, Hope made phone call to HMCTS with a promise that his boss was going to pay £10,000 towards the confiscation order.

The next day he bought 42 bottles of prosecco coming to just under £400 in Tesco.

His passport was then used to make a withdrawal of 25,000 euros at a Bureau du Change.

Three days later, Hope used the cash to splash out at a supermarket on vodka and prosecco.

Ms Clarke said: ‘He also signed a financial disclosure form which didn’t disclose any income or outgoings. He puts his employment but no other information. He completely misleads that court.

‘On June 16 at a second enforcement hearing, he makes promises about another £20,000. The truth was he had access to significant other funds that he didn’t say anything about at all.’ 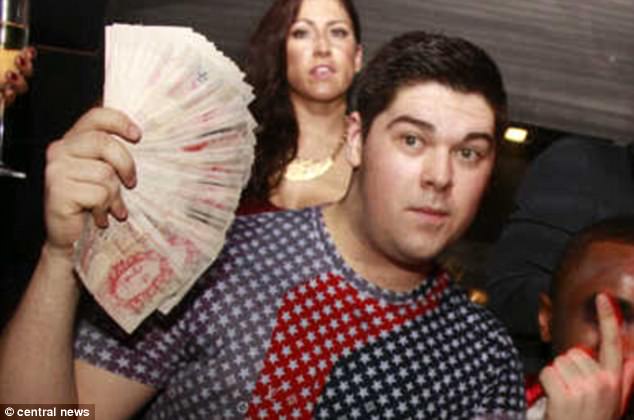 Hope phoned HMCTS and promised that his boss going to pay £10,000 towards his confiscation order 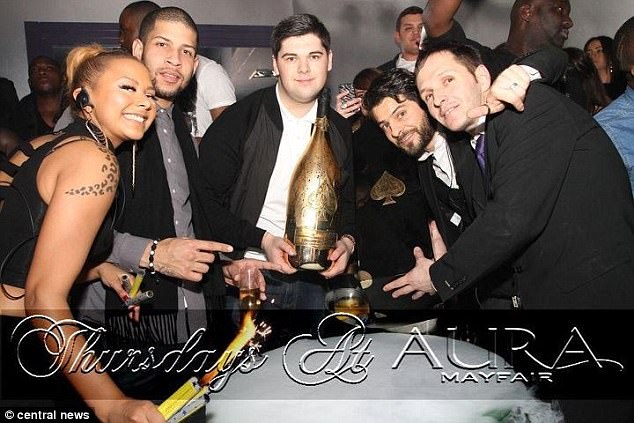 She said a similar story was given at a third hearing in September. The day after the hearing Hope opened the fifth bank account at Barclays.

His day release was refused on September 6 when prison officers went to check on him at his place of work and did not find him there.

Ms Clarke said: ‘About 19 days later is the last enforcement hearing. On this occasion he did tell the court that he had opened the Barclays Bank account but did not recall all the other accounts.

‘The significance is that most if not all of the money that went into those other accounts, was therefore not revealed to the court. He was disingenuous at best.

‘He has never to this day given any explanation for any of the matters that I have outlined to your ladyship.’

Hope was released from Brixton prison in November 2016 and was immediately re-arrested. He had three bank cards in his possession, it was said. He was ordered to serve a default 603 days for breaching the court order.

He said: ‘This is a different young man who appears before the court today, not the man who appeared during the trial four years ago.

‘That behaviour that goes back some years now, six or seven years now, you are dealing with a young man from four and a half years of his twenties has been in custody for that period of time.

‘There does come a point in everyone’s life where in terms of behaviour, he must accept that that’s something that can’t be done.

‘He is a young man who is clearly intelligent and put to the proper and correct way forward, his intelligence and acumen could be successful in legitimate business.’

Judge Taylor told Hope: ‘Prior to the trial you knew that you were subject to a restraint order in respect of money you had received in respect of investors.

‘You breached the order at that time and it was made clear to you what the terms of that order were.

‘During your custody you were allowed a period of release, of temporary licence.

‘On June 15 2016 you applied for more time to pay but didn’t reveal any of the bank accounts or any money made available to you.

‘It appears that that money was used to buy tickets for Rihanna and boxing tickets.

‘On June 28 you wrote to HMCTS saying £10,000 was paid but it wasn’t. The following day you purchased quite a large amount of alcohol.

‘There were promises of further payments and you signed a financial disclosure form. That was misleading the court as to the nature of any finances.

‘There was a second enforcement hearing with a similar story in August and a third on September 13.

‘No explanation has been given as to where the money came from or where it has gone. This behaviour would be treated as contempt of court. It is repeated and blatant offending.

‘You wrote a letter saying you didn’t think the restraint order continued. I don’t accept that.’

Hope, of Canary Wharf, east London, admitted one count of perverting the course of justice, and was sentenced to 16 months.