By Brittany Chain and Charlotte Karp For Daily Mail Australia

A young couple feel like ‘the most horrible parents in the world’ after their daughter suffered gruesome burns to her head and neck when she rolled off their bed in her sleep and landed on a hairdryer in a freak accident.

Dannielle and Levi Robbins were playing board games with their extended family in Moana, south of Adelaide, on June 26 while seven-month-old Sienna slept on their double bed.

She was propped up with pillows and the first-time parents ducked into the bedroom every 10 to 15 minutes to check on her.

On one of the visits, Ms Robbins heard the hairdryer on and found little Sienna on her back, unable to move, with the hairdryer blowing hot air directly onto the nape of her neck.

Sienna (pictured) was surrounded by pillows as she slept on her parents bed, but somehow rolled off and switched on a stray hairdryer on her way down 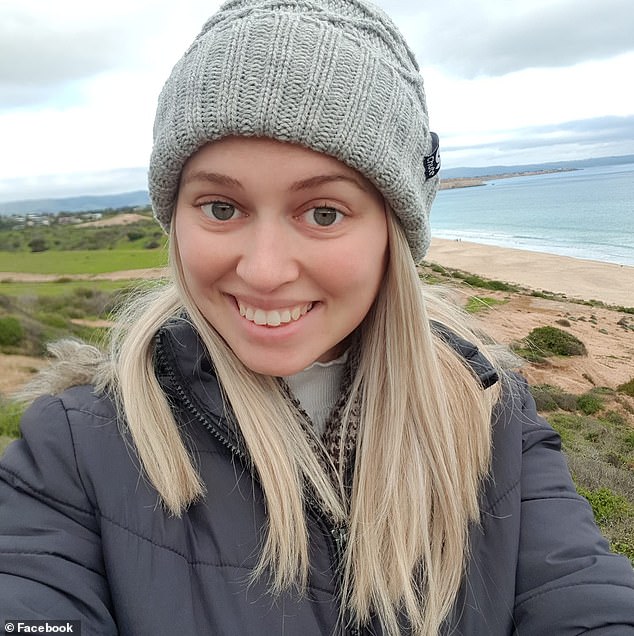 Ms Robbins (pictured) heard the hairdryer on and found little Sienna on her back, unable to move, with the hairdryer blowing hot air directly onto the nape of her neck

‘She’d somehow rolled on her back and couldn’t roll back,’ Ms Robbins said.

She screamed for Levi to call an ambulance while she stripped down and held her daughter’s burnt head under a cold shower.

Sienna suffered second and third degree burns on her head and down her neck, and medics worry her hair will likely never grow back in some areas.

The seven-month-old also went blind for three days after the ordeal when her face and head swelled due to the injuries.

‘I didn’t even know, when we were in the ambulance, whether her tiny little body was going to be able to cope with a burn like that, and if she was going to pass away on the way to the hospital out of shock or something,’ Ms Robbins told The Advertiser.

‘I looked at her head and I knew it was bad.’

Sienna requires surgery every two days for at least the next six weeks, and has already had her first operation. 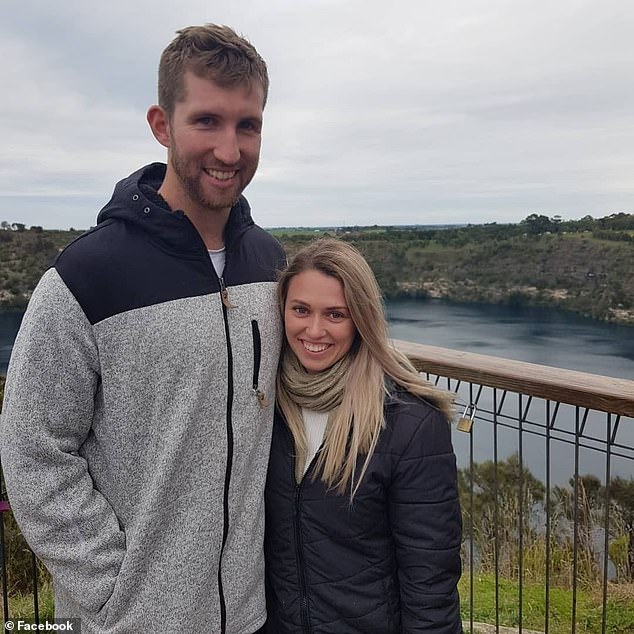 Ms Robbins said she and her husband are ‘shattered’ over the accident, and have spent the days since the accident ‘sleep deprived, not eating or drinking well and emotionally drained’.

‘We have cried for days on end for our little girl and wish we could take her pain as our own,’ she wrote.

Friends and family rushed to offer words of support to the young parents, begging them not to blame themselves for the tragedy and providing help in any way they can.

A GoFundMe appeal set up for Sienna’s treatment has already raised more than $11,000.

‘Neither of us imagine leaving her side and we are not emotionally in the position to go back to work just yet,’ the couple said.

Ms Robbins previously worked as a nurse and, while grateful she knew how to handle the emergency, admits she ‘wished it helped more’ in the heat of the moment.

‘We were lucky our whole family was there working together,’ she said. ‘Everything happened very quickly.’

The newlyweds were married in January of 2020 and Ms Robbins recently celebrated her first Mothers Day, with friends crediting her as ‘the best new mum ever’.