Sydneysiders trapped inside their homes for the past 106 long days couldn’t wait another minute to get back into the swing of things, flocking to pubs, pokie rooms and even hair dressers at the stroke of midnight.

NSW has finally been released from its gruelling Covid lockdown with double-dosed residents now allowed to hit the streets and see their mates after the state smashed its 70 per cent vaccination target last week prompting the stay-at-home orders to lift at 12:01am Monday.

The milestone means most business can return to trading once again but with some capacity limits in place.

Long-suffering venues across the city welcomed back patrons with open arms on a weekday evening in October that felt more like a New Year’s Eve celebration prior to when the coronavirus pandemic gripped the world, cutting off mates and separating families. 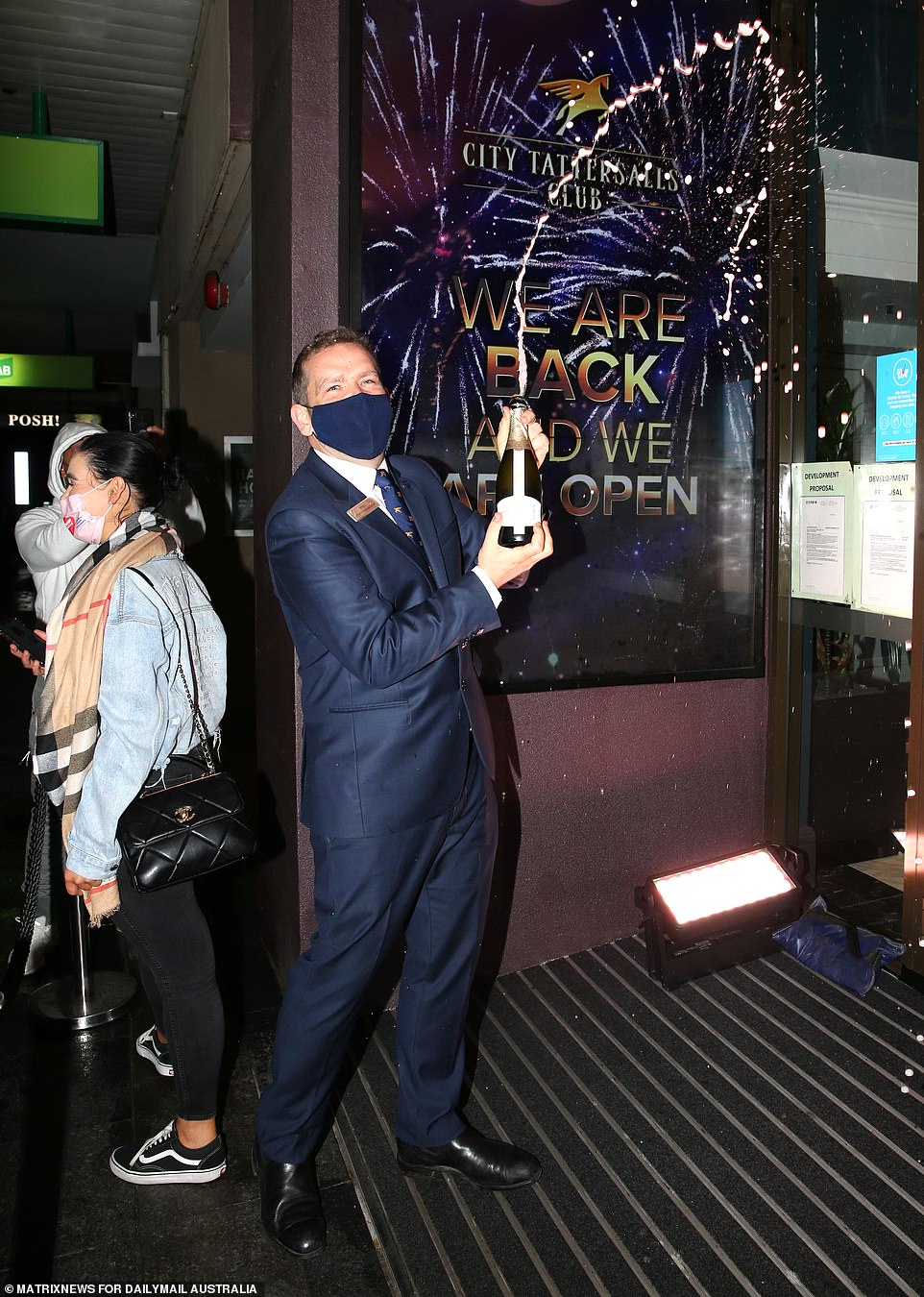 A staff member at Sydney’s City Tattersalls club pops the cork of Champaign bottle as the clock hits 12:01am 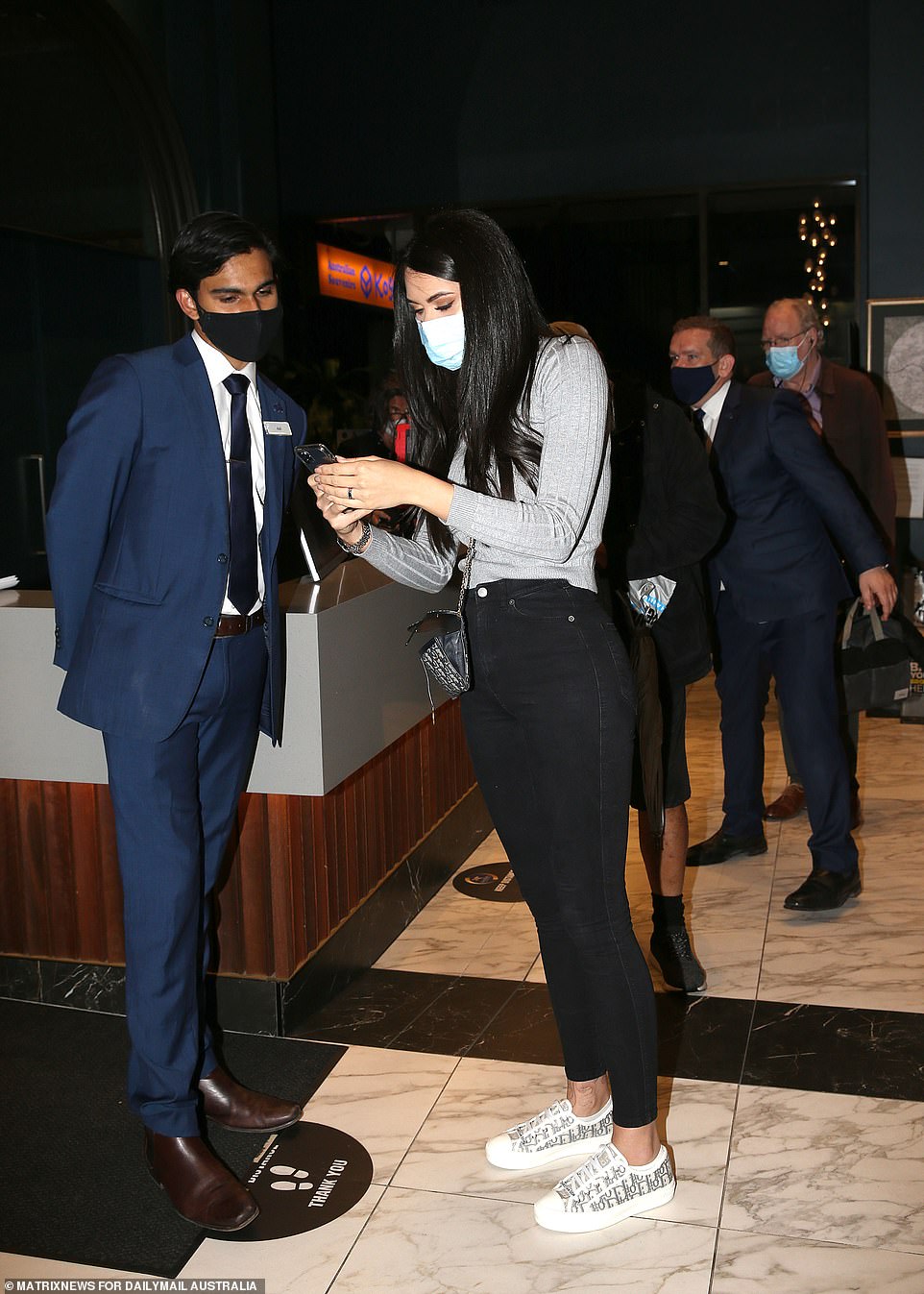 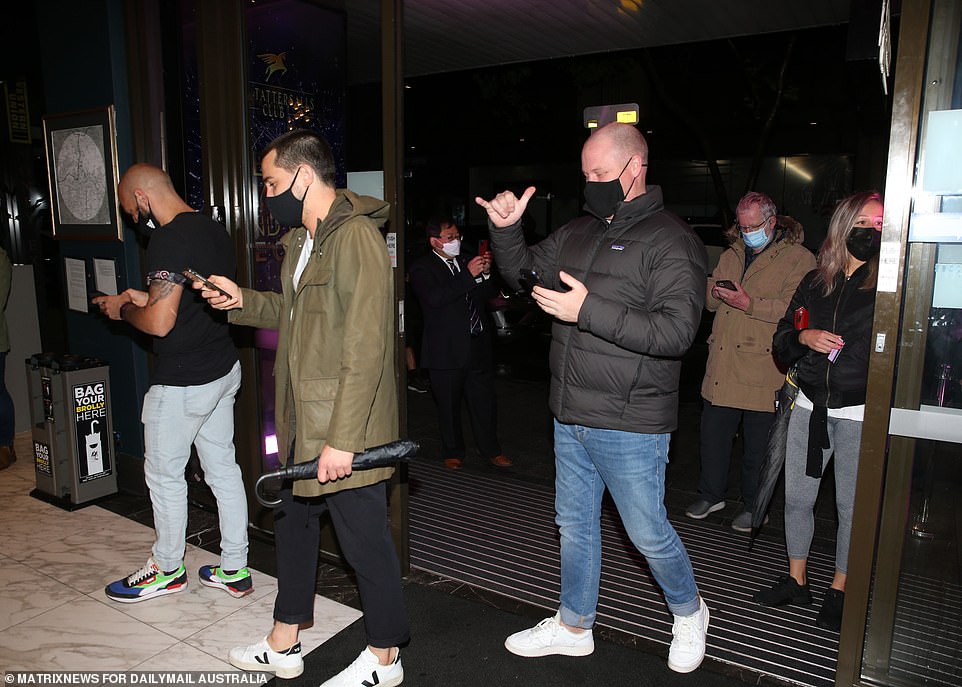 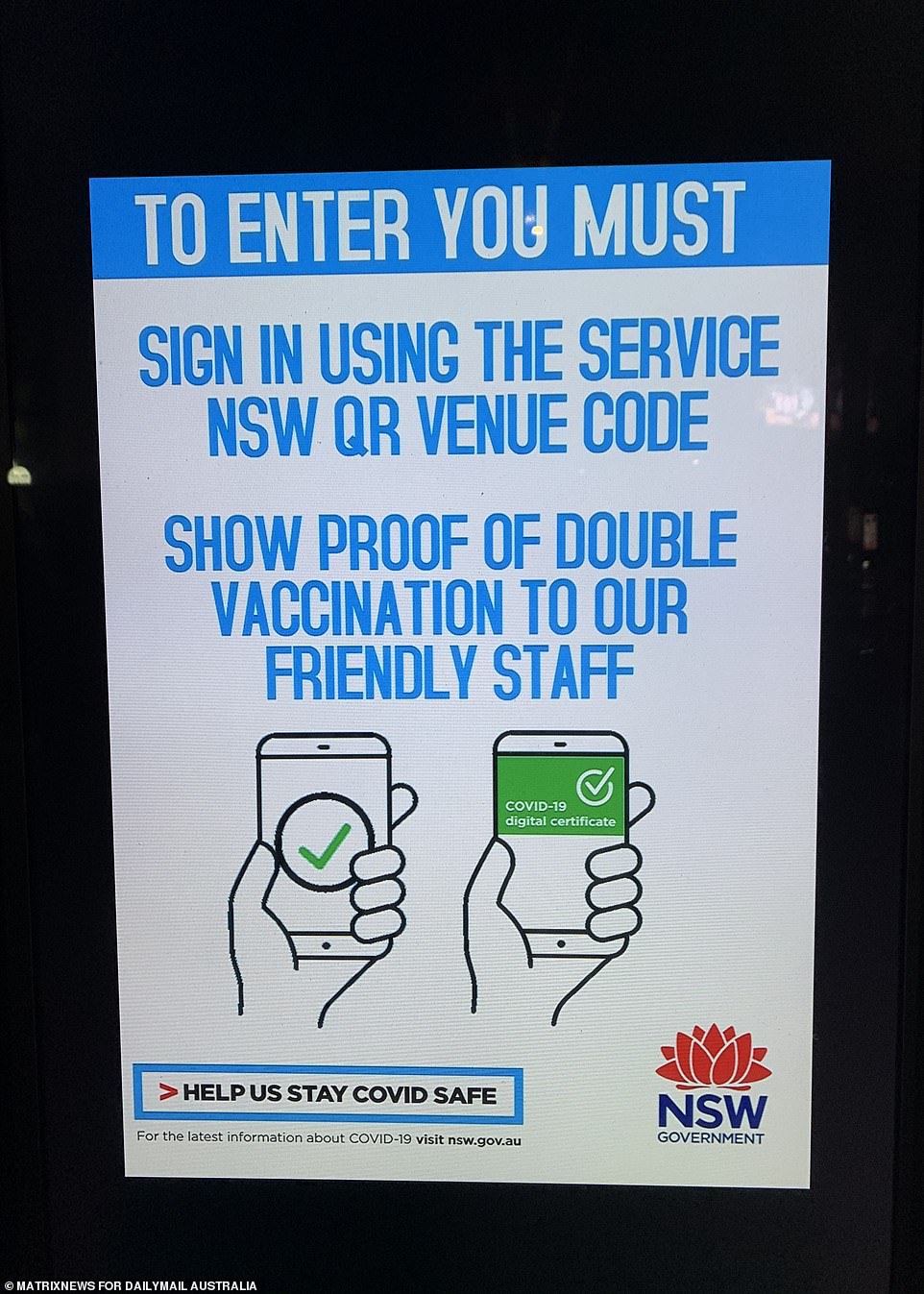 With only with only double-dosed residents allowed to enter non-essential venues in NSW, police set up a late-night roadblock along Parramatta Road as well as other main routes into the city to prevent unvaccinated lockdown rules breakers from heading into the CBD to join the festivities.

It’s been a particularly miserable three and half months for the coronavirus-ravaged Harbour City with residents subject to extremely harsh restrictions including the 5km travel bubble and even curfews in parts of the west.

Now, with horror winter months now in the rear view mirror and the state prepared to ‘live with the virus’, it’s now party time once again.

A staff member at Sydney’s Tattersalls club welcomed patrons inside by popping a Champaign bottle when the clock hit 12:01am.

Ecstatic revellers had smiles from ear to ear as they rushed inside proudly flashing their digital Covid-19 vaccination certificate at the door to gain entry.

In the west hundreds of excited locals arrived en masse at Canterbury Leagues Club with huge lines sprawling way out into the parking lot.

Even further west in Blacktown, there were similar scenes at Kmart.

Hundreds of midnight shoppers queued up for for about 50 meters to get into the discount store which has only been allowed to operated using click and collect services. 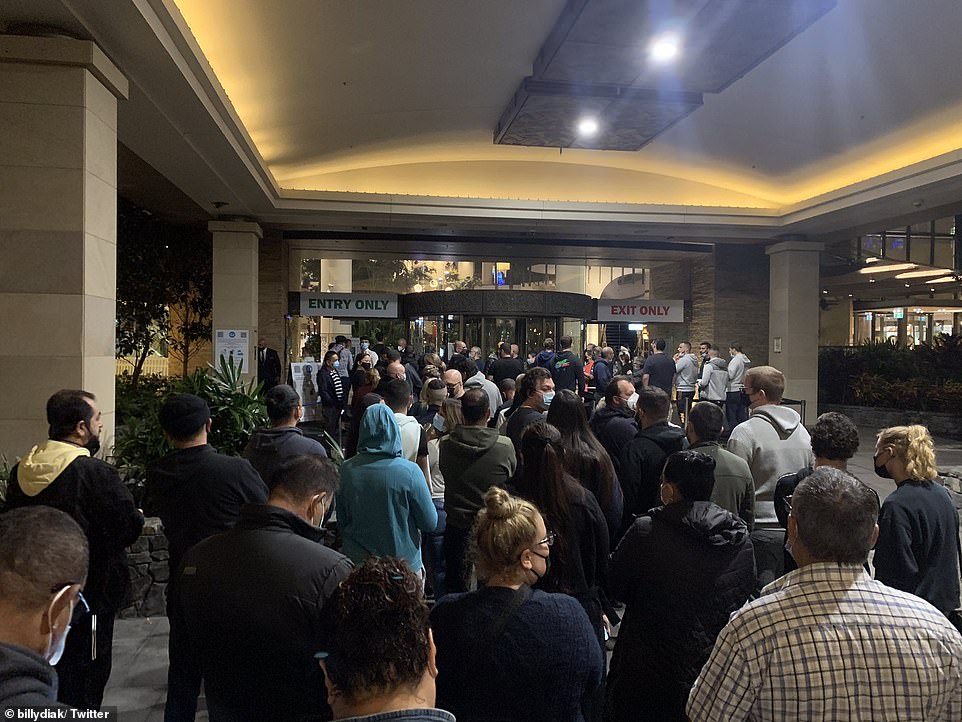 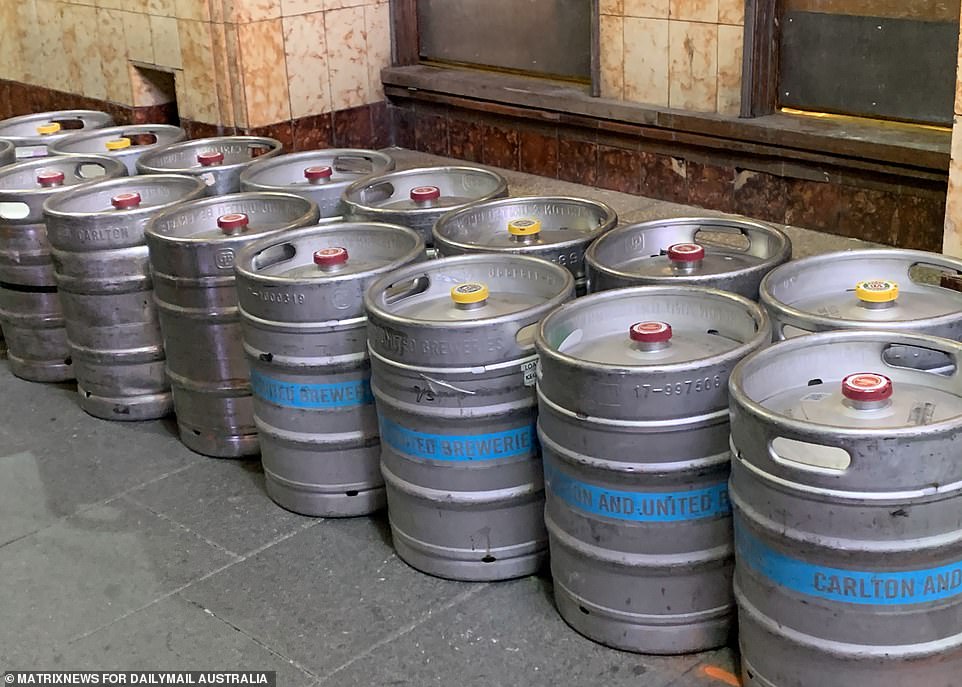 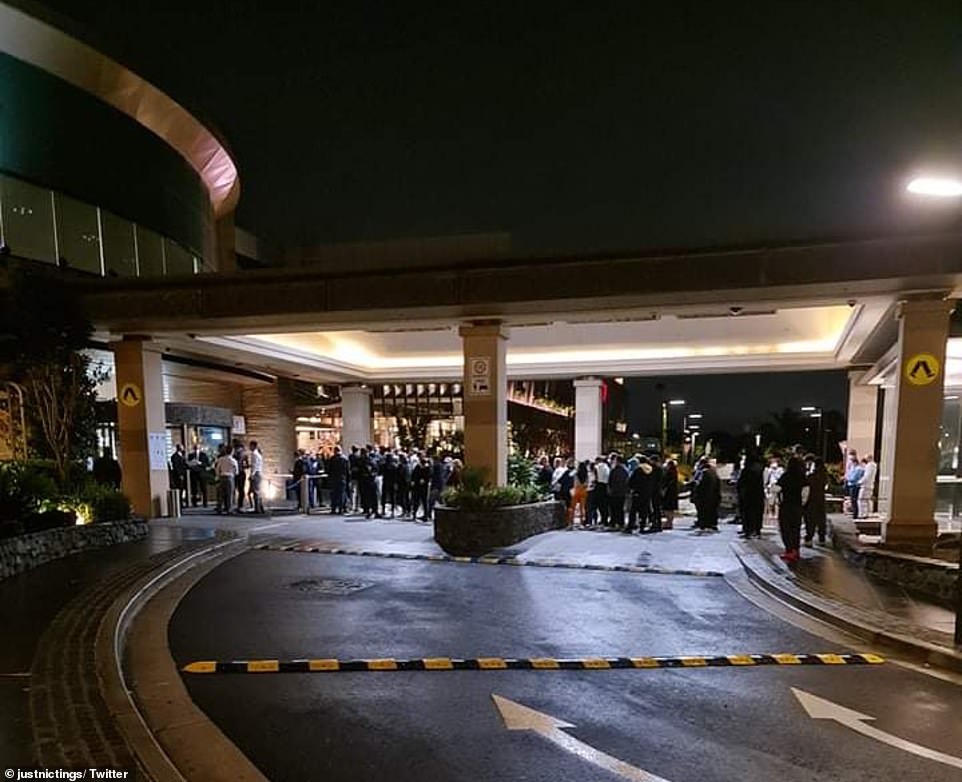 Nail salons, barbers and massage parlours will also be open.

But pubs and clubs weren’t the only venues raring to go at midnight, with barber shops and hair dressers jam-packed with customers, along with nail salons, eateries and retail stores.

One of the most hated lockdown restrictions was the ban on hair salons which meant Sydneysiders have not been able to get their locks chopped for months.

Some just couldn’t wait to rush in and get a new do.

Even stores that aren’t planning to open tonight have been taking the time to restock and clean their stores ahead of what is set to be a massive day of trade tomorrow.

Under the eased restrictions 10 double-dosed visitors are now allowed in the home with 30 permitted to gather outdoors.

Face masks are no longer mandatory outdoors with the exception of hospitality workers actively serving customers.

Greater Sydney was plunged into lockdown on June 25 after a string of coronavirus cases in the Bondi area were linked to a limo driver ferrying international flight crew.

Health authorities drastically underestimated the speed at which the Delta variant would tear through the Harbour City with infections quickly becoming too much for the state’s contact tracers to handle.

Since the first known case on June 16 there have been 62,847 locally acquired transmission resulting in 487 deaths.

At its height the daily case number reached a spike of 1573 prompting harsher measures were brought in across Western Sydney, including curfews, to try and stop the spread.

As supplies of Pfizer eventually started to roll in, the state’s vaccination pace skyrocketed and those soaring case rates have now dropped to below 500 cases a day.

There are now 73.53 per cent of the population over 16 who are fully-vaccinated in NSW, with a staggering 90.33 per cent already receiving their first dose.