The country faced its coldest night of autumn so far as the mercury plunged to -7.3C (18.9F) in parts of South Wales and Cumbria – hours after the weekend had brought the coldest October day for a decade.

And trick or treaters knocking on doors for Halloween tomorrow night have been warned to wrap up warm and pack a waterproof with conditions expected to be blustery and rainy. Tonight could fall as low as -4C (25F). 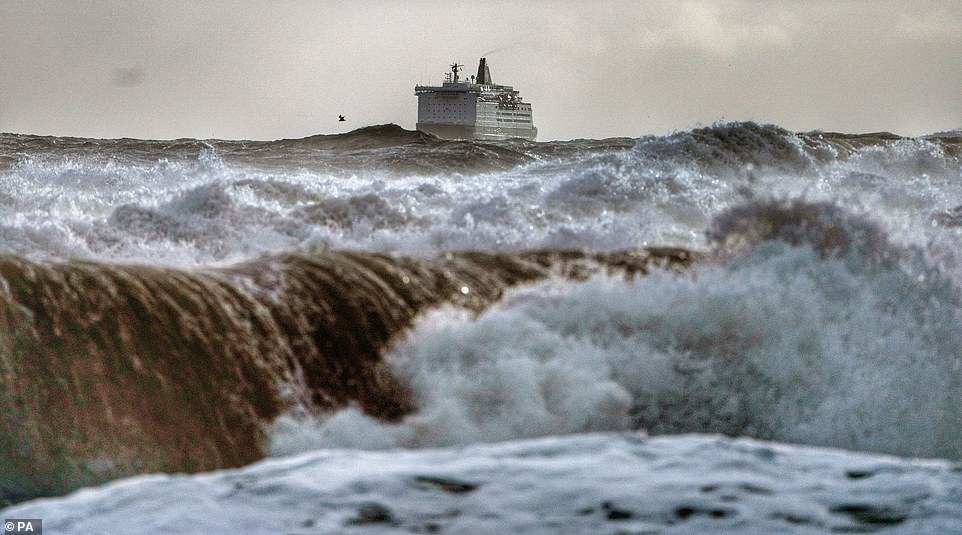 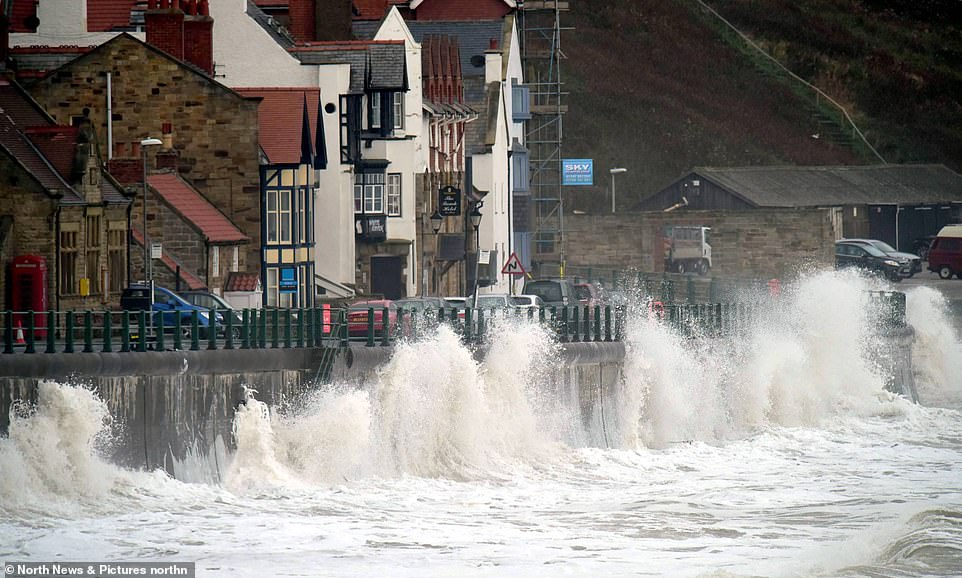 The Arctic blast, which brought an end to the warmest October for seven years, has continued this week – with thawing snow turning to treacherous black ice and causing several accidents on roads in northern England. 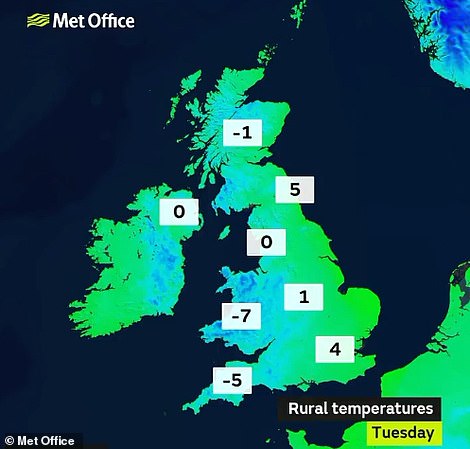 Temperatures fell to -7C in parts of South Wales and Cumbria last night, making it the coldest night of the autumn so far

The weather will now become increasingly unsettled with rain likely in central, southern and eastern England today – although it will become a little warmer over the next three days with highs of 13C (55F) expected.

John West, a forecaster from the Met Office, said: ‘It is still going to feel very wintry. Things will get more unsettled from Tuesday as a band of wet and windy weather moves up from south east England.

‘Halloween will be blustery and rainy so trick and treaters need to make sure they wrap up warm and pack a waterproof. The rainy and unsettled weather will carry on into November.’

There is more snow expected in the Scottish Highlands later this week, where up to an inch fell on Sunday. In Devon, the Dartmoor hills were blanketed over the weekend while snow also hit high ground in Cornwall.

The chilly snap follows an unseasonably warm autumn that saw temperatures hit 26.5C (79.7F) on October 14, a record for that late in the month. On Saturday, temperatures peaked at just -3C (27F) in Inverness-shire. 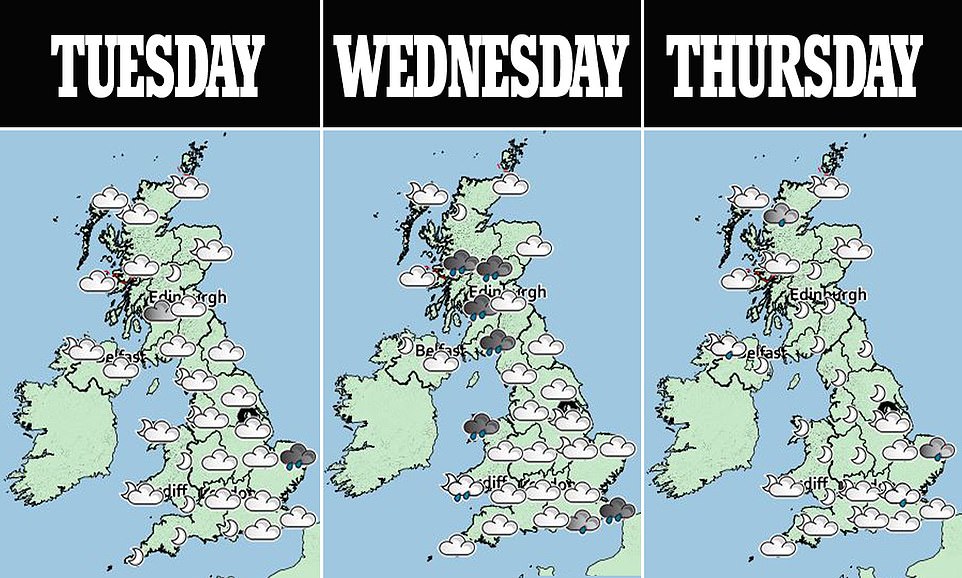 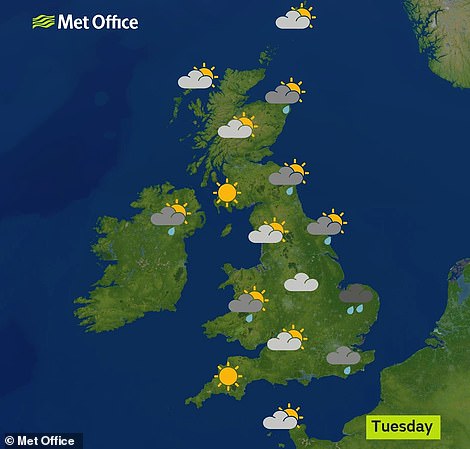 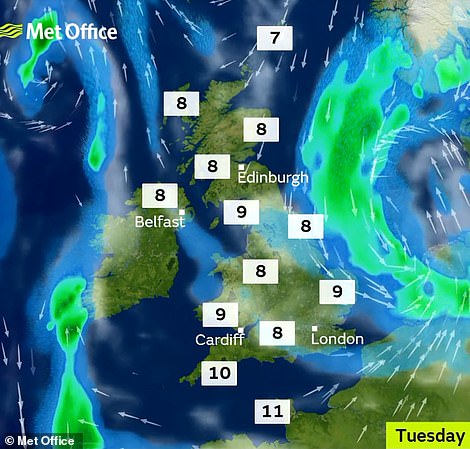 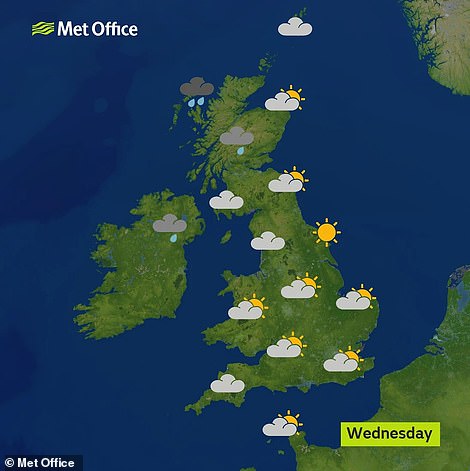 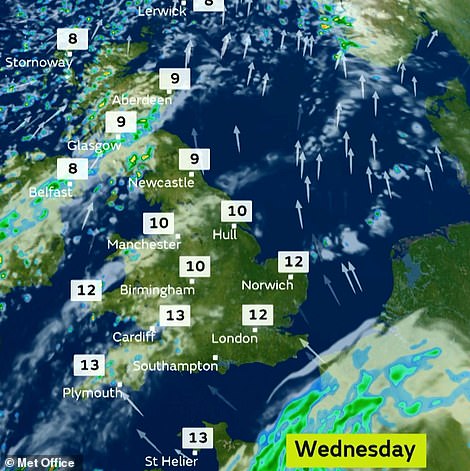 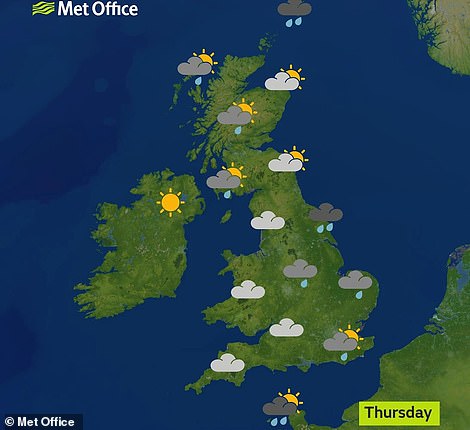 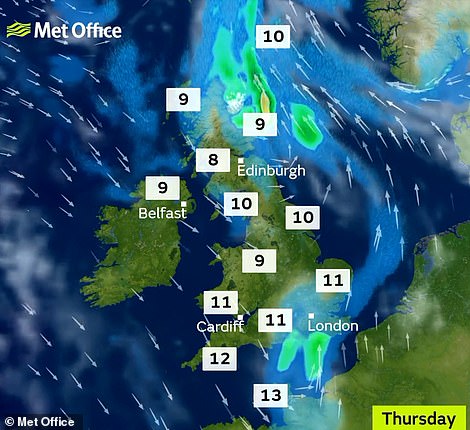 Rain is expected across eastern England on Thursday, although some areas could enjoy the odd sunny spell 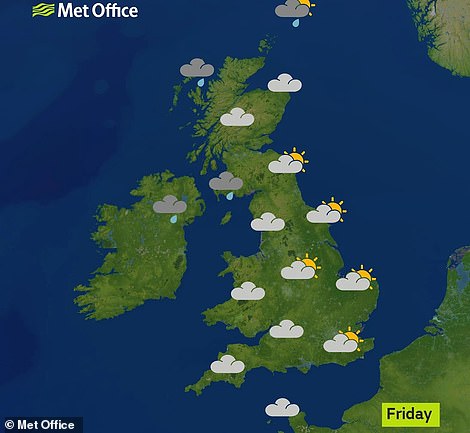 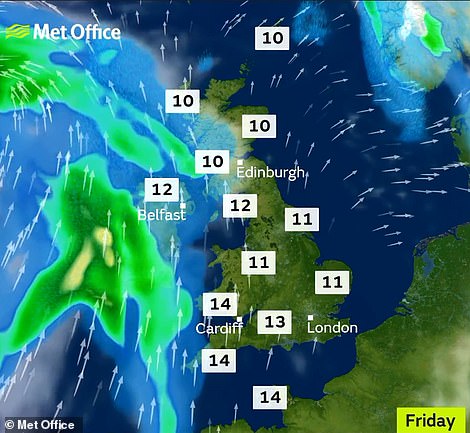 Friday will bring sunnier conditions for eastern areas, although there could still be some rain in western Scotland

Beautiful aerial photos show the changing colours of the leaves at an American Cemetery in Cambridgeshire yesterday.

Drone pictures show the crimson and orange trees next to rows of white crosses and immaculate lawns in Madingley.

The cemetery was formally opened in 1956 and commemorates US service personnel who died in the Second World War. 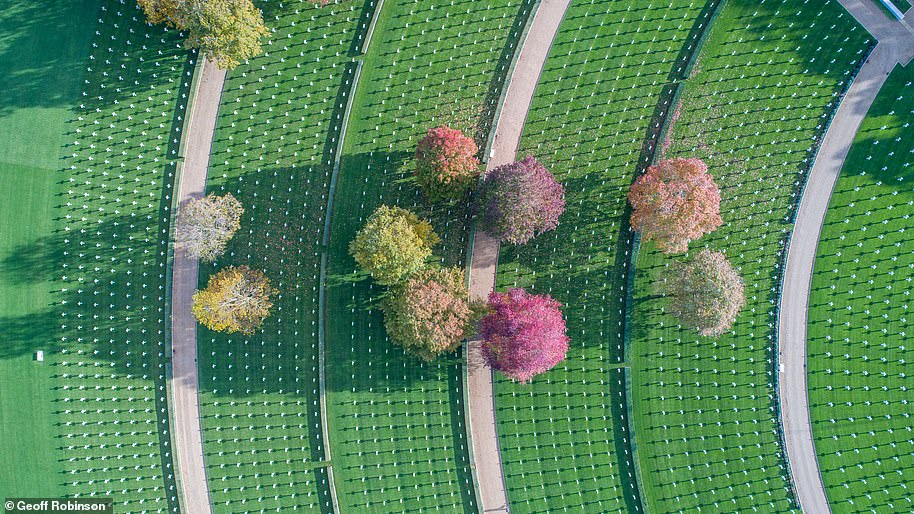 An aerial picture shows the American Cemetery in Madingley, Cambridgeshire, yesterday, with the changing colours of the trees 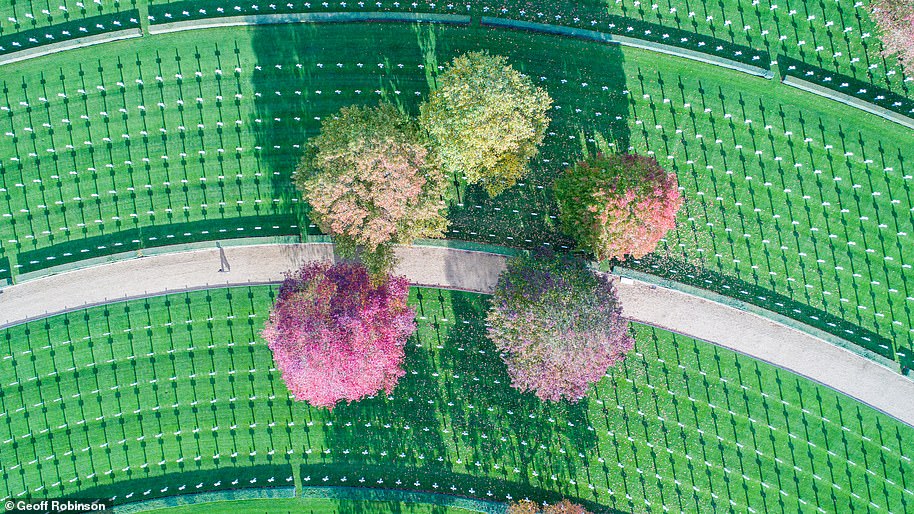 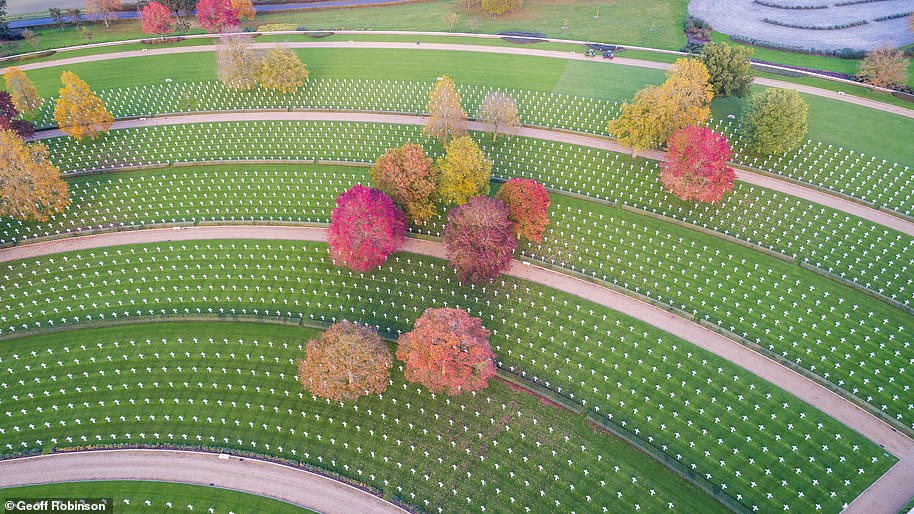