Freight train derailed in Banksmeadow, Sydney, but no train or road delays expected

A freight train has derailed in a busy industrial Sydney suburb after colliding with another train.

The train was derailed in Banksmeadow early Wednesday morning with 10 carriages pushed from the line, three of which were flipped onto their sides.

Transport NSW could not confirm when the line will be cleared but said the incident will not delay passenger services or cause road closures.

A freight train (above) derailed in Banksmeadow, an industrial area in Sydney, with three containers tipped onto their sides 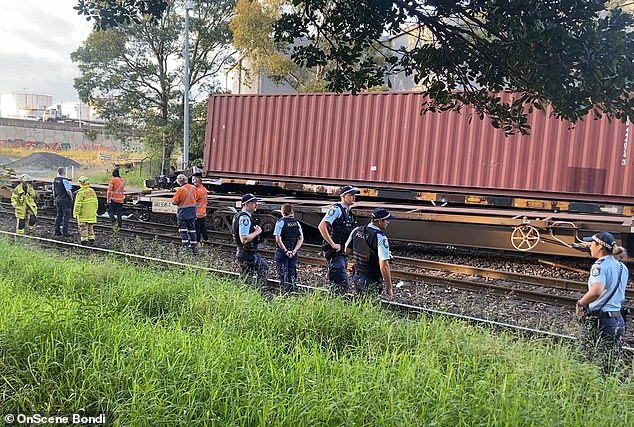 Firefighters are inspecting the contents of the carriages to determine if any hazardous materials need to be cleared from the scene (pictured, emergency responders at the scene) 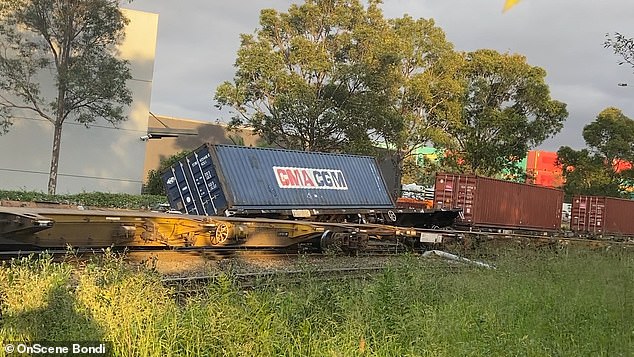 It is understood 10 carriages were derailed with three flipped onto their sides (pictured, the derailed train)

Firefighters are inspecting the contents of the carriages to determine if any hazardous materials need to be cleared from the scene.

It is understood the carriages they have inspected are empty.

NSW Police were also spotted at the scene investigating the incident.

Fire and Rescue NSW said the train was derailed after colliding with another train as they were merging.

At this stage, no injuries have been reported. 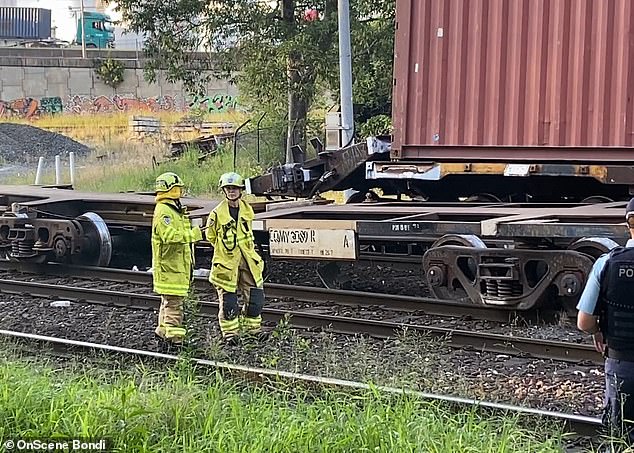 The train was derailed after colliding with another train while they were merging (pictured, firefighters at the scene)