France yesterday undermined Theresa May’s attempts to encourage mass action against Russia – demanding solid proof of Moscow’s involvement before it would act in solidarity with the British Government.

In contrast to German Chancellor Angela Merkel and US President Donald Trump – who both assured the Prime Minister that they were backing her views on possible Russian involvement in the Salisbury attack – President Emmanuel Macron and senior French officials declined to take such a solid stance.

After France initially condemned the nerve agent attack on Sergei Skripal and his daughter on Tuesday, and expressed solidarity with Britain, French government spokesman Benjamin Griveaux yesterday said it was too early for Paris to decide whether action should be taken against Russia.

Shortly after Mrs May said that she was expelling Russian diplomats and suspending bilateral talks, Mr Griveaux told a news conference: ‘We don’t do fantasy politics.

‘Once the elements are proven, then the time will come for decisions to be made.’

While he called the attack a ‘very serious act’ on a strategic ally, he said that France was waiting for ‘definitive conclusions’ and evidence that the ‘facts were completely true’ before taking a position.

Britain’s ambassador to France, Ed Llewellyn, tweeted on Tuesday that the first neuro toxin attack on European soil since 1945 required a ‘strong and co-ordinated response from our allies.’

When France’s foreign ministry spokesman Agnes Von der Muhll was asked whether it would be ready to take counter-measures against Russia, given London’s claims, she said the government was in close contact with Britain on the issue.

Without answering directly, she added that Paris fully supported a Nato statement calling on Russia to give Britain ‘complete disclosure’ of the Soviet-era nerve agent used in the attack. 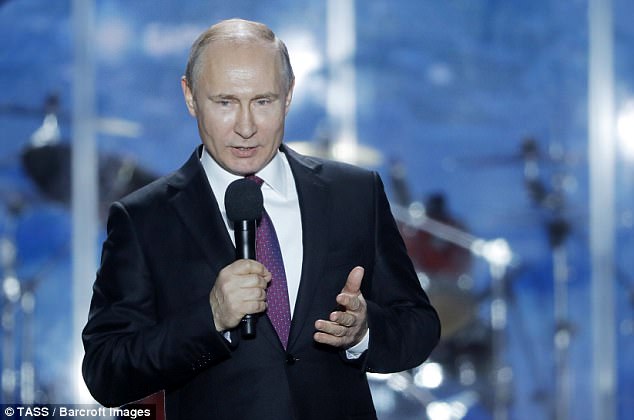 France’s muted reaction is in contrast with its closest allies, but is in line with Mr Macron’s efforts since coming into office to build a new relationship with Russian’s Vladimir Putin.

Rather than directly confronting Putin with threats, he has emphasised private dialogue, while pushing for a restoration of business and cultural ties despite existing European Union sanctions on Moscow.

Diplomats say that Mr Macron believes ostracising Moscow will not yield results, given its importance on the world stage, and that despite obvious differences, he believes it is vital to keep a working relationship going with Russia.