A French bulldog in China has stunned onlookers in parks with its amazing skateboarding skills.

The two-year-old pet ‘Da Niu’ taught himself the incredible stunt about a year ago after its owner Mr Fu brought it to a park in Yiwu of Zhejiang Province.

Da Niu enjoys skateboarding and can now skate at a high speed after months of practice.

Meet Da Niu the sports star: The dog teaches himself how to skate about a year ago in China 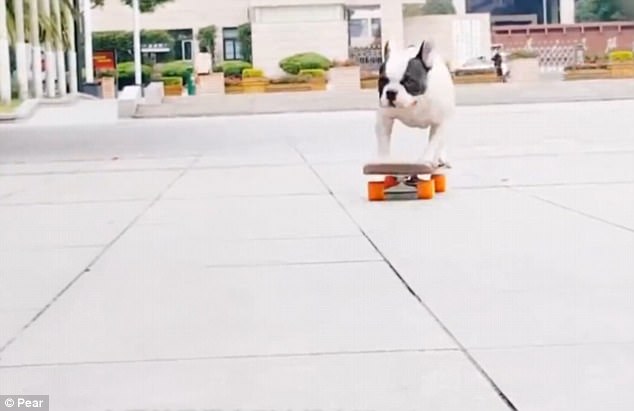 Pear Video posted the clip showing the black-and-white pooch charging up quick on a skateboard, whose wheels were colourfully lit.

‘I never train Da Niu particularly, he learnt it when I took him to a plaza one time,’ Mr Fu said.

‘Normally, I bring him to the plaza to play two to three times a week,’ he added.

However, he said Da Niu is now has a higher proficiency and it’s better to have him zoom around in empty places. 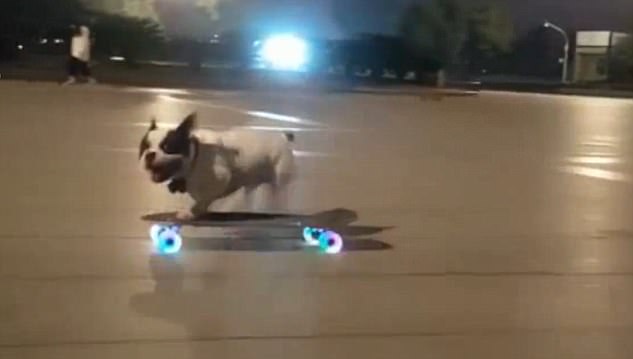 Mr Fu, Da Niu’s owner, said he brings his dog to a plaza for skateboarding three times a week 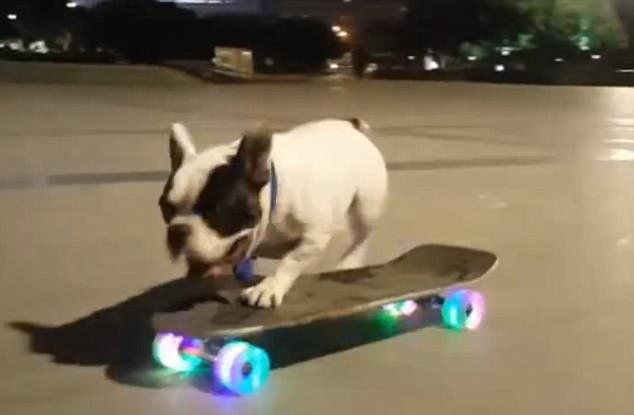 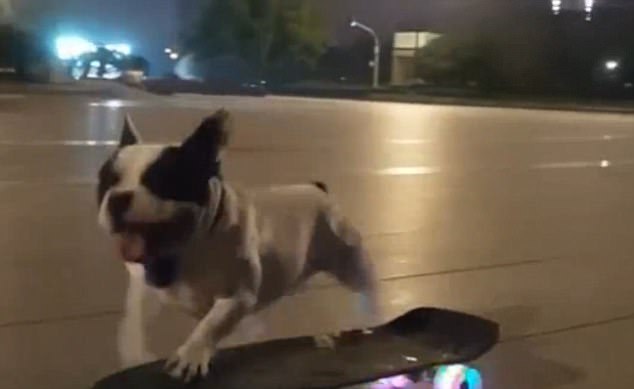