French female spies who worked for the British secret service

The heroism of the French women spies of the British Special Operations Executive who were captured in their homeland and executed by the Nazis has been commemorated in a new book.

Despite being told there was only a 50 per cent chance of survival, the courageous agents were flown out of England to Nazi-occupied France to carry out clandestine operations for the Allies.

They were also involved in sabotage operations on Nazi power stations and other infrastructure targets.

Protected only by their forged papers, the agents travelled hundreds of miles by bike and train as they went about their work under constant threat of arrest and execution by the Gestapo.

Of the 38 French women who returned to their homeland in secret almost a third were captured. Of these 10 were executed while one survived a concentration camp and another escaped. 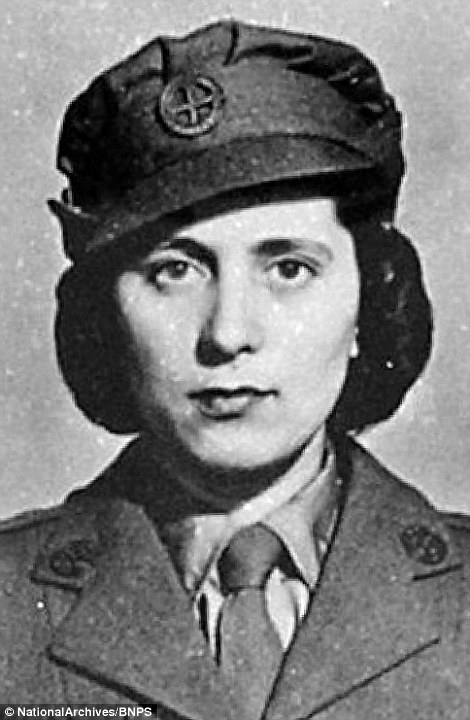 Simone Segouin (left), a member of the French Resistance who was reported to have captured 25 Nazis. She is still alive today and lives in Courville-sur-Eure near Chartres. Andree Borrel (right), 24, parachuted near St Laurent Nouan, September 1942. She was captured and executed at Natzweiler Struthof concentration camp in 1944 The heroism of the French women spies of the British Special Operations Executive who were captured in their homeland and executed by the Nazis has been commemorated in a new book. An American B24 Liberator Bomber was often used to parachute the operatives into France. 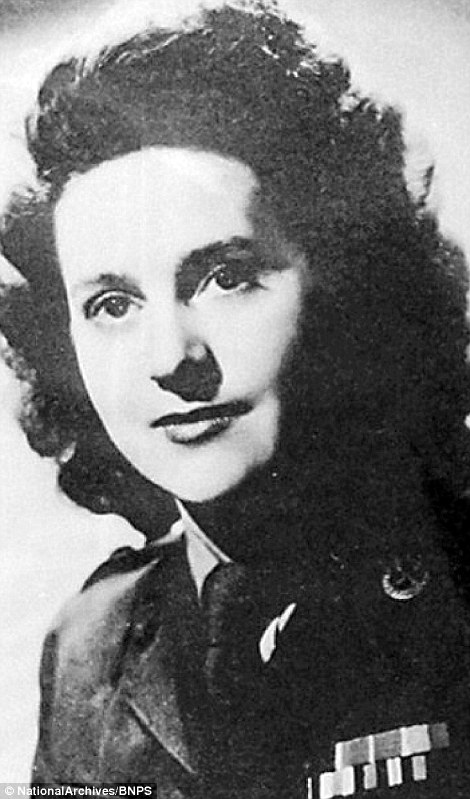 Denise Bloch (left), 22, landed by Lysander near Baudreville on March 2 1944. She was executed at Ravensbruck concentration camp in Feb 1945. Odette Sansom (right), 27, awarded the George Cross, she was landed by felucca boat near Marseille in November 1942. After capture in 1943 she survived Ravensbruck concentration camp and lived until she was 82 in Walton-on-Thames 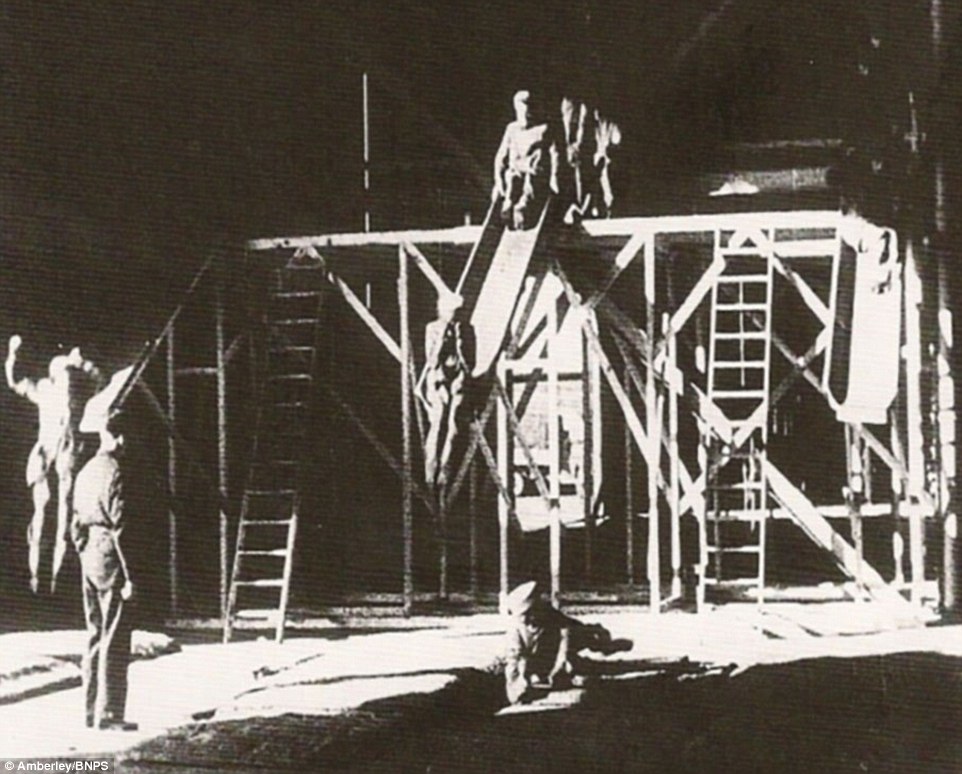 Despite being told there was only a 50 per cent chance of survival, the courageous agents were flown out of England to Nazi-occupied France to carry out clandestine operations for the Allies. Pictured is parachute practice inside a hangar

The immense bravery and sacrifice of these women has highlighted by British historian Bernard O’Connor.

One of the most startling cases featured is that of Andree Borrel, who gave her life to the cause.

She fought against the Nazi-backed fascists during the Spanish Civil War. After the German invasion of France set up a safe house near Perpignan but fled to England in 1941 when her network was compromised.

On the night of September 24, 1942, Borrel, alongside Lise de Baissac, became the first female SOE agents to be parachuted into Nazi-occupied France as part of operation ‘Whitebeam’ to set up resistance networks in Paris and Northern France.

Borrel was always chosen for the most delicate and dangerous work such as recruiting and arranging meetings.

She also organised parachute drops and took part in several attacks on German infrastructure, most notably on the Chevilly la Rue power station near Paris in March 1943. 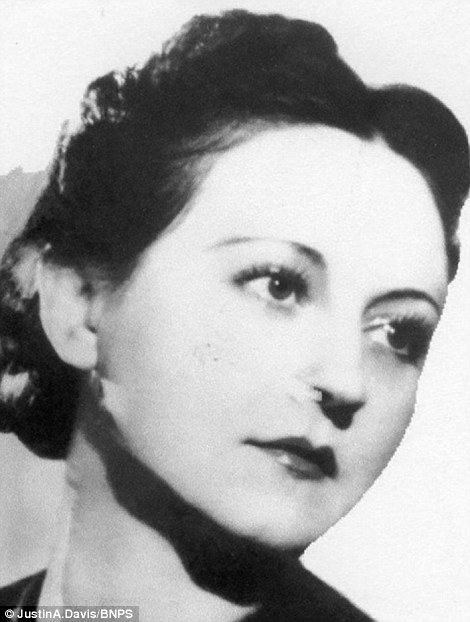 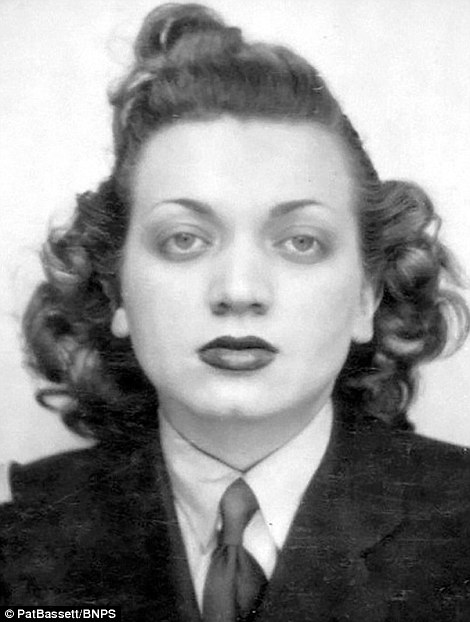 Julienne Aisner (left), 44, landed by Lysander south-east of Tours, May 1944. She survived the war. Marguerite Petitjean (right), 23, parachuted from a Halifax near St Uze on January 29 1944 – and survived the war 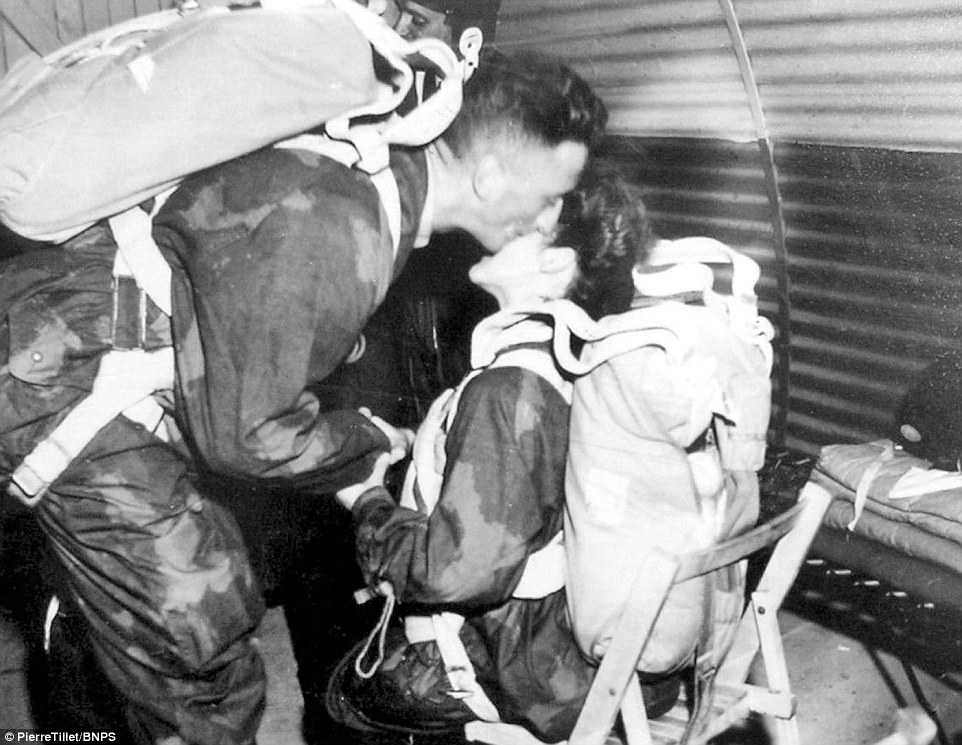 Francøine Fromont (left) parachuted near Montpellier in March 1942. She was a NKVD/SOE agent, sent to help the Communist’s in southern France. After operating for a year she was captured and executed by the Nazis in Paris. Pictured (right) is one of agent Andree Borrel’s code sheets

She was arrested by the Gestapo in July 1943. She maintained a fearless contempt for her captors, maintaining ‘a silence so disdainful that the Germans did not attempt to break it’.

She was executed at the Natzweiler-Struthof concentration camp in north west Germany on July 6, 1944, aged just 24. She was given a lethal injection and her lifeless body placed in a furnace.

She was posthumously awarded the King’s Commendation for Brave Conduct.

Another French agent was Jeannette Guyot who was dropped into France in February 1944 with three other French officers.

Over the next seven months the team organised dozens of drop zones and nearly a 100 safe houses for the other agents who provided vital information about Nazi troop movements and Panzer divisions before, during and after D-Day. 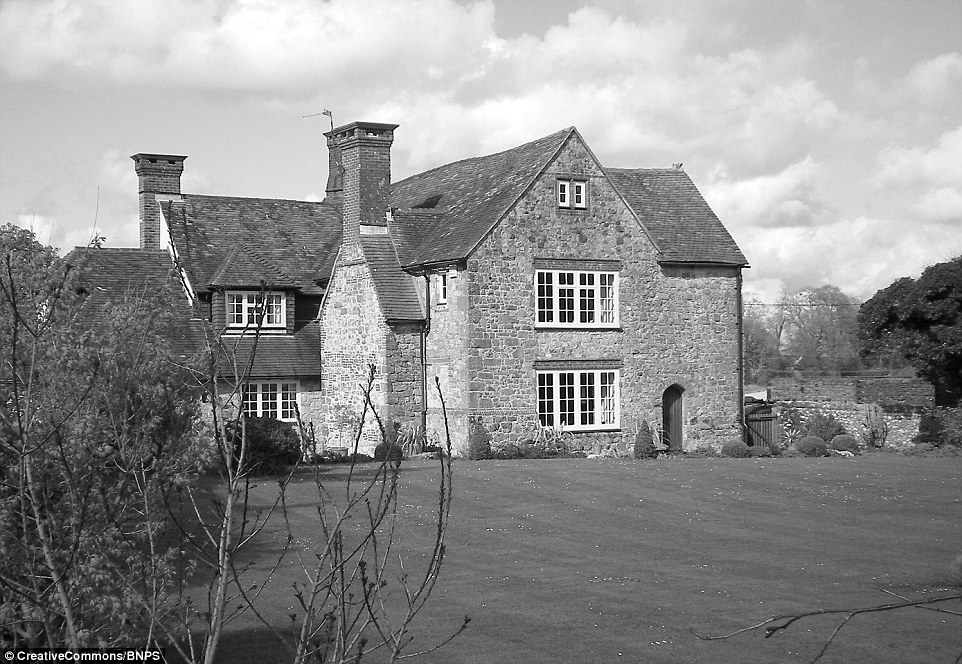 Bignor Manor near Chichester in West Sussex, where about 200 French agents stayed before their flight from into occupied Europe from RAF Tangmere 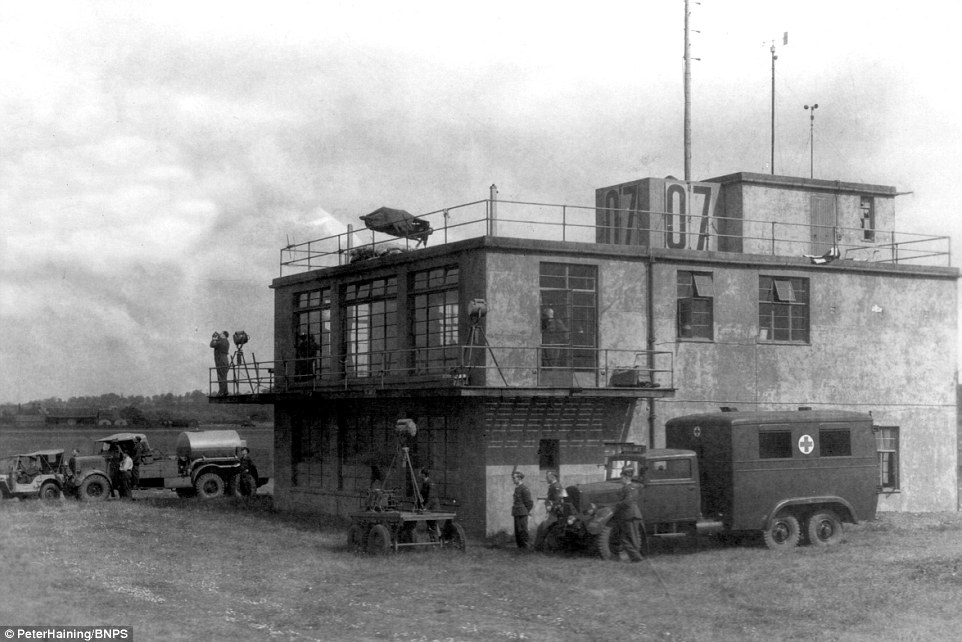 They were also involved in sabotage operations on Nazi power stations and other infrastructure targets. Pictured is the control tower at RAF Tempsford

Mr O’Connor said: ‘These women were warned about how dangerous their tasks were but there was a real camaraderie between them.

‘They all trained together in preparation for their infiltration into France and the women did not get special treatment.

‘They were trained in unarmed hand to hand combat, trained how to kill.

‘I feel a lot more is known about the British SOE woman agents than their French equivalents and it was important their stories are told.’ 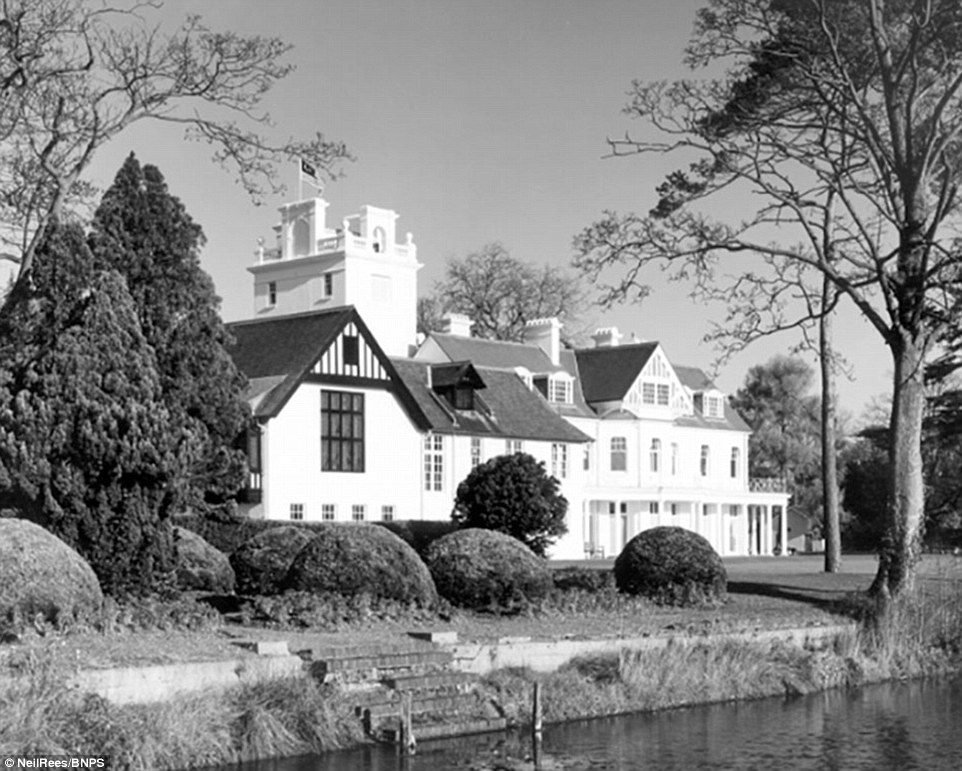 Royal Victorian Patriotic School, Wandsworth, London, where, from January 1941, MI5 interviewed refugees to determine if they were enemy agents. A new book reveals the heroic and often tragic stories of the brave female SOE operatives who were dropped into occupied France during WW2 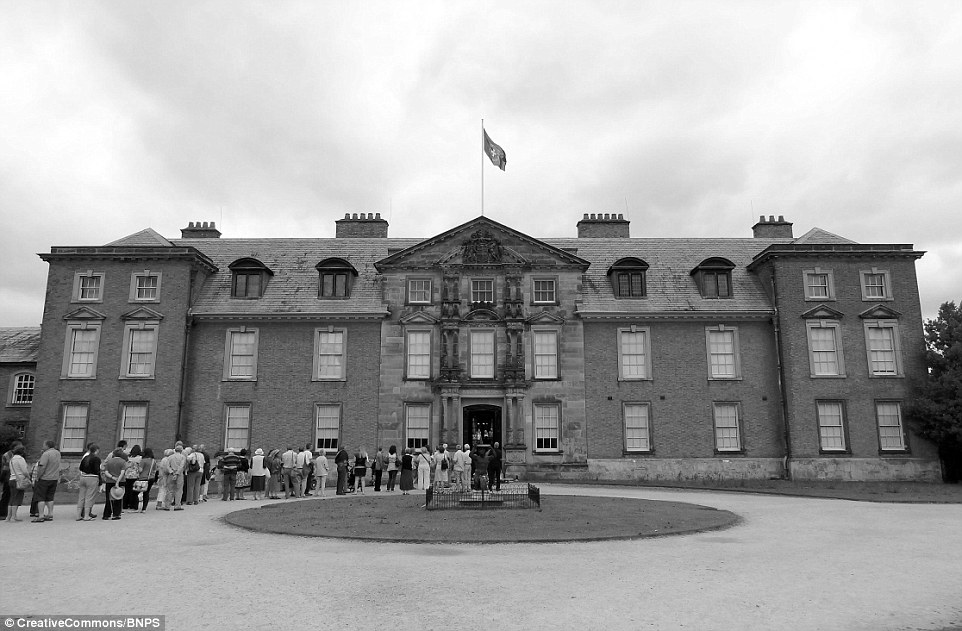 Dunham House, Altrincham, Cheshire, where agents were accommodated whilst they had their parachute training at nearby Ringway aerodrome 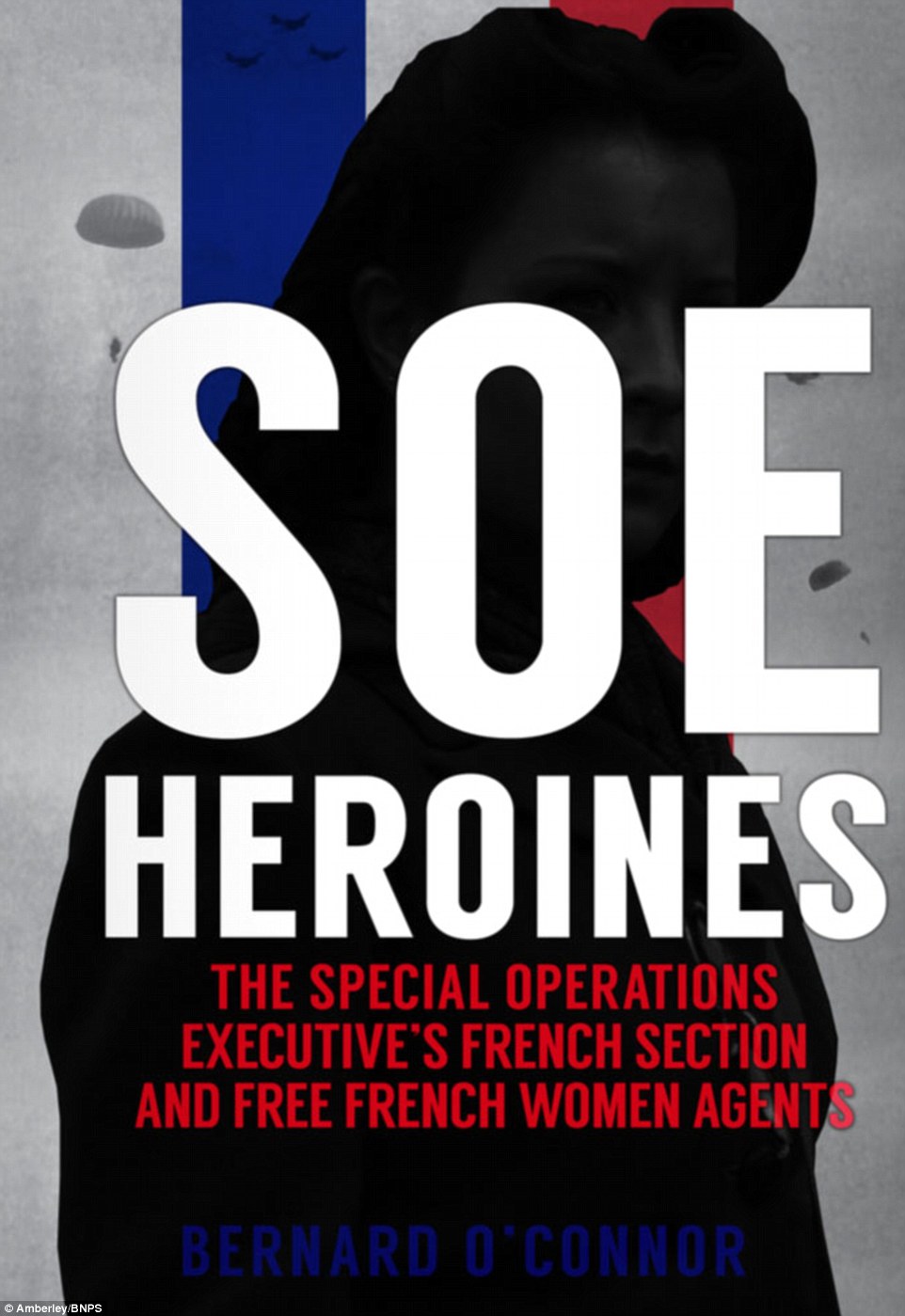 Mr O’Connor has also highlighted the little-known tale of wireless operator Cecile Pichard who parachuted into France with her brother Michel, a fellow agent, in the first brother-sister team dropped in France.

Her mission was to organise dropping operations in the Altesse region between Dijon and Nancy.

Her job at Citroen was as secretary to Lieutenant Jean Maxime Aron (code name ‘Joseph’) who was also a Jewish Resistance leader in France.

Another tragic heroine featured in the book was Denise Bloch who was trained by the SOE to be a wireless operator before she was dropped into central France.

But she was later arrested, interrogated and tortured by the Gestapo.

She was eventually sent to Ravensbrück concentration camp and was executed in January 1945 aged 29.

SOE Heroines is published by Amberley on March 15 and costs £25.