A former French fry addict who saw her weight more than double after being dumped by her fiancé has shared photos of her incredible transformation.

Shelbie Hensel, 24, gained more than 130lbs while pregnant with her daughter Preslie and tipped the scales at 262lbs after her birth in November 2014.

The mom-of-one said she locked herself at home and binge ate after Preslie’s father left when she was three months pregnant. 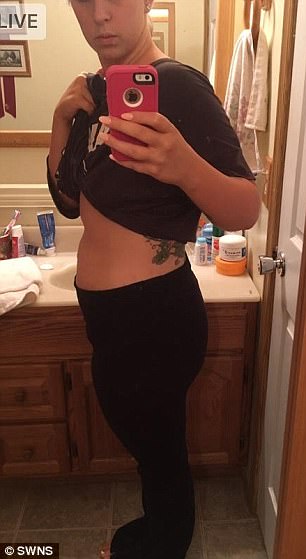 Ups and downs: Shelbie Hensel, 24, of Wallaceburg, Ontario, gained 130lbs while pregnant – and then lost it again in an incredible transformation 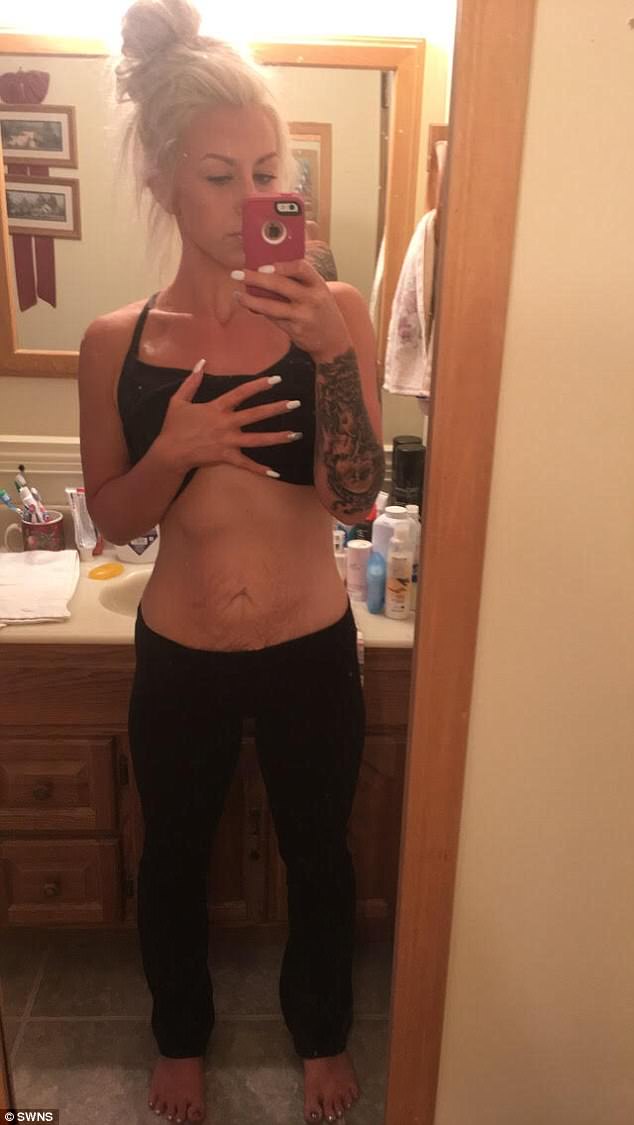 Slimmed down: The young mom revealed how she turned her life around after realizing she couldn’t play with her baby 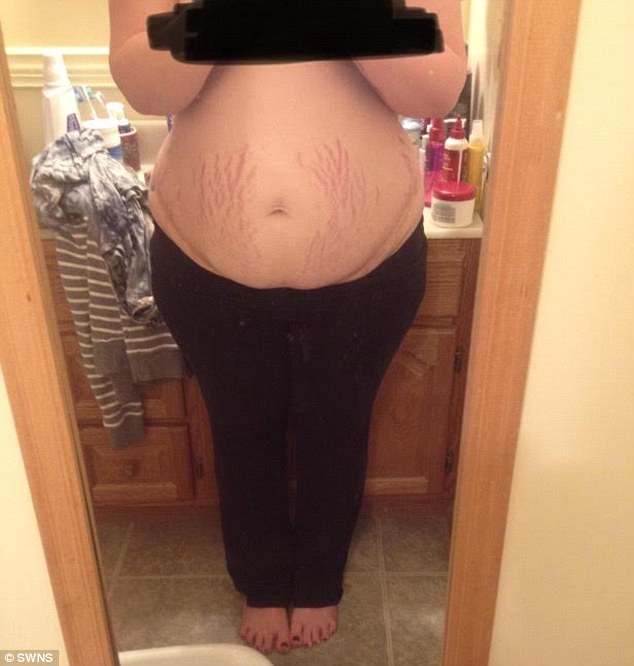 Big time: She ballooned after turning to junk food when her fiance left her while she was three months pregnant

She gorged on bowls of French fries and bags of chips with dip and, at her heaviest said she abandoned jeans in favor of elasticated size XL pants.

But after cutting out junk and starting to go for daily walks she dropped 127lbs to a size S/M while still allowing herself a weekly cheat day – and says she feels ‘amazing’.

The glam blonde, of Wallaceburg, Ontario, said: ‘Luckily I didn’t have any problems with my pregnancy, it was healthy but I was under so much stress.

‘My fiancé left me when I was three months pregnant and that was tough. I was so embarrassed.

‘I turned to food as a comfort. I am a big chips and French fry girl and I just indulged in my favorite things when I was pregnant.

‘I became a hermit who just hid away and did not leave the house eating everything and anything in sight. My activity level dropped to nothing.

‘I could not even consider wearing jeans anymore, they would dig into me and it was just way too uncomfortable.’ 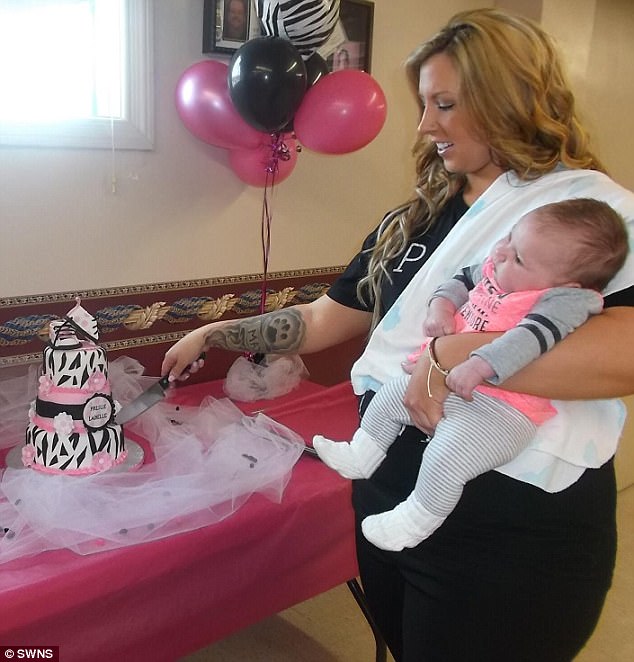 Cut up: Shelbie says that she became a hermit because of her weight, and added that she even gave up on wearing jeans 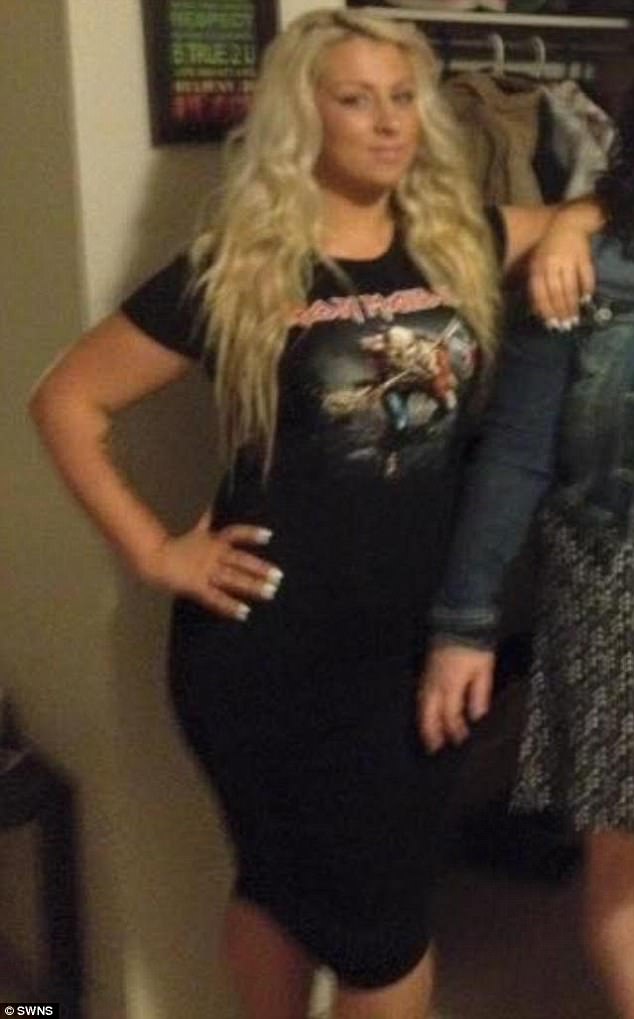 Going up: She also admitted that she would grow short of breath just from going up the stairs 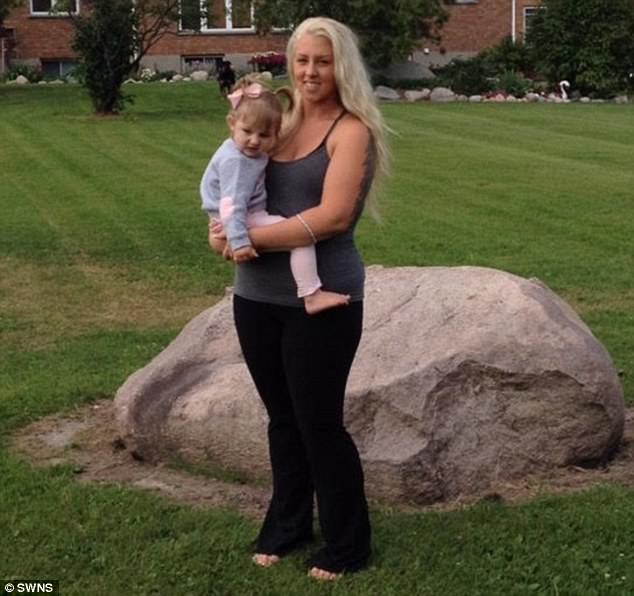 Making a change: Shelbie decided to cut back on junk food and start going on walks

Ahead of Preslie’s first birthday, the full-time mom said her frame was so big, even getting onto the floor to play with her baby was painful.

She said: ‘When my daughter was about one year old, it came to the point where I couldn’t even get down on my knees to play with her.

‘I would get out of breath even going up the stairs.

‘My body wasn’t used to the weight either because all through my high school years I was fit and I was a healthy size.

‘I was 22 and 262lbs and it was at that point. I was so embarrassed by my weight, I absolutely hated my big stomach. I just knew something had to change.’

Shelbie began making small changes to her diet and began to set out on short walks, determined to shift the pounds.

At the beginning of her journey, Shelbie stood in front of her bathroom mirror and posed for a before picture to track her progress. 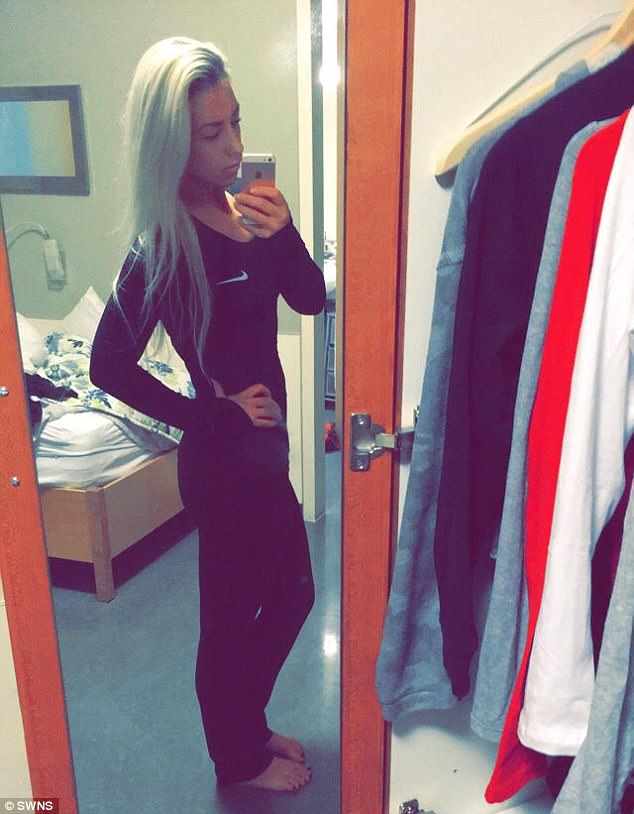 Moving on up: Those walks eventually turned into jogs, which then turned into longer runs 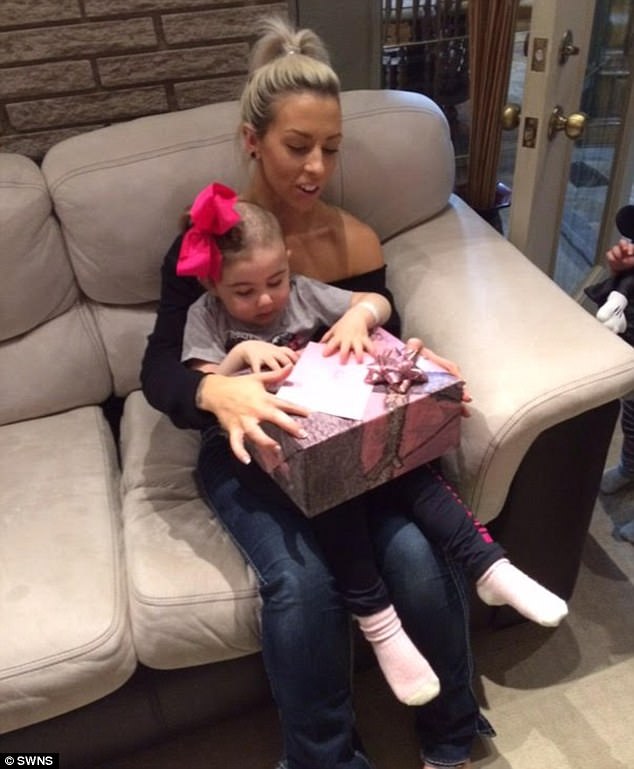 Food loving mom: Shelbie says that she allows herself one cheat day every week 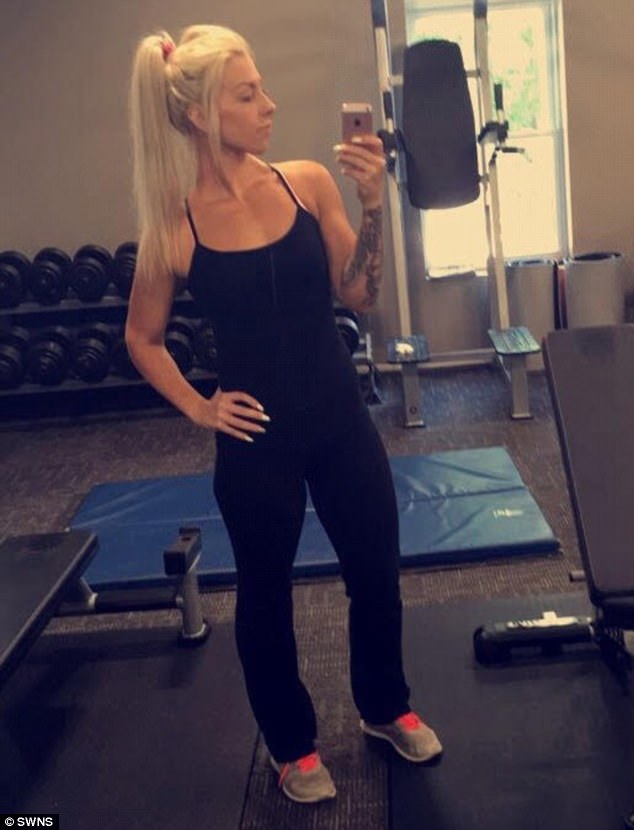 Slimmed down: She has lost 127lbs in total and says her confidence has skyrocketed

‘They were just for my personal use to motivate me but they were very hard to look at. I was so embarrassed. Why had I let it get this bad?

‘I would leave my daughter with my mom and just walk for 15 minutes. When I first started that 15-minute walk was so hard for me. I would be out of breath.

‘Eventually, I built it up to a 30-minute walk and then an hour, and then a jog.

‘When I lost a bit of weight I got a gym membership and would go at times when I knew nobody would be there.

‘I’m a girl who really loves food so I knew I couldn’t deprive myself. Now I allow myself one cheat day a week and I eat what I want.

‘Overall I’ve tried to cut down on carbs and introduce good fats into my everyday diet.’

Despite losing almost 130lbs, Shelbie said it’s hard to live with the loose skin and stretch marks left behind as a result of her weight loss.

‘I know I’m never going to wear bikinis because I’m still not 100 per cent confident with my body but I am proud of myself and my hard work.