French Open: Novak Djokovic cruises into fourth round after seeing off Aljaz Bedene 6-3 6-3 6-2

Top seed Novak Djokovic powered past Aljaz Bedene of Slovenia 6-3 6-3 6-2 on Friday to advance to the French Open fourth round and stay firmly on course to challenge for a record-equalling 21st Grand Slam win.

The 35-year-old world number one, who was on the court for less than two hours, next plays 15th seed Diego Schwartzmann of Argentina.

‘It’s not possible to play perfectly but to strive to play close to perfection,’ Djokovic said in an on-court interview. 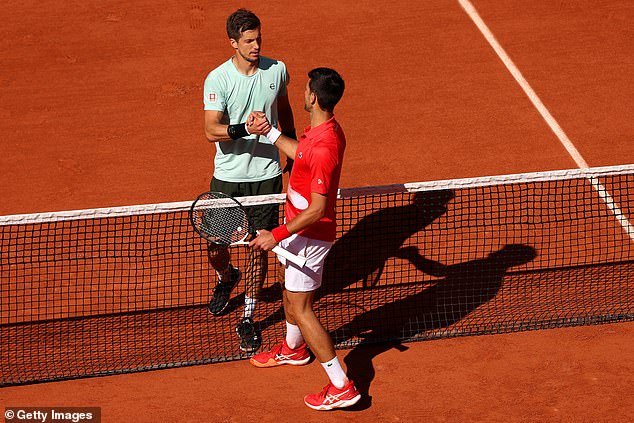 ‘I want to play my characteristic game, my aggressive game. It is not always possible but today it was very good.’

Bedene, ranked 195th in the world after an eight-month layoff and a return to action in March, was no match for Djokovic’s power and near-flawless service games.

The Serb wasted three break points at 2-1 in the first set but he quickly got another chance to breeze through it in just over 30 minutes. 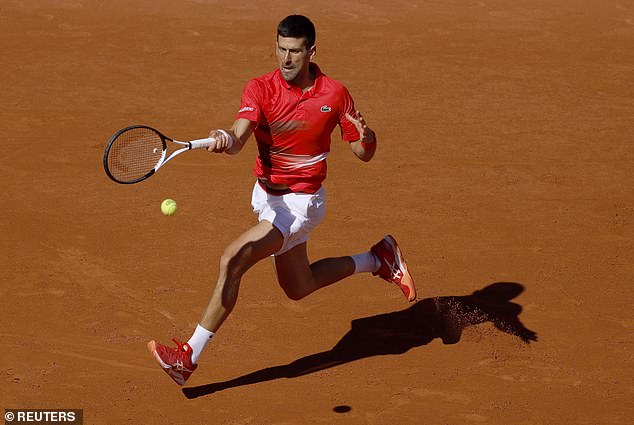 He got two more breaks in the second to clinch it as quickly as the first with Bedene failing to carve out a single break chance throughout the match, and winning just five points on Djokovic’s serve in the first two sets.

The third set went in similar fashion with Djokovic breaking early and Bedene, who made twice as many unforced errors as his opponent, failing to respond before the Serb wrapped up proceedings when the Slovenian sunk a forehand into the net after an hour and 44 minutes.