Police are investigating a ‘racist attack’ after footage of a white schoolboy being kicked and beaten by a group of eight black teenagers in France was uploaded and shared on social media.

A video on Twitter shows the teenager being repeatedly kicked in the commuter town of Etampes, south of Paris.

Around eight youths are involved in the assault, which took place outside the Jean-Etienne Guettard high school.

French police are investigating after a video surfaced on social media last week of a group of black teenagers beating up a white schoolboy in Etampes, south of Paris 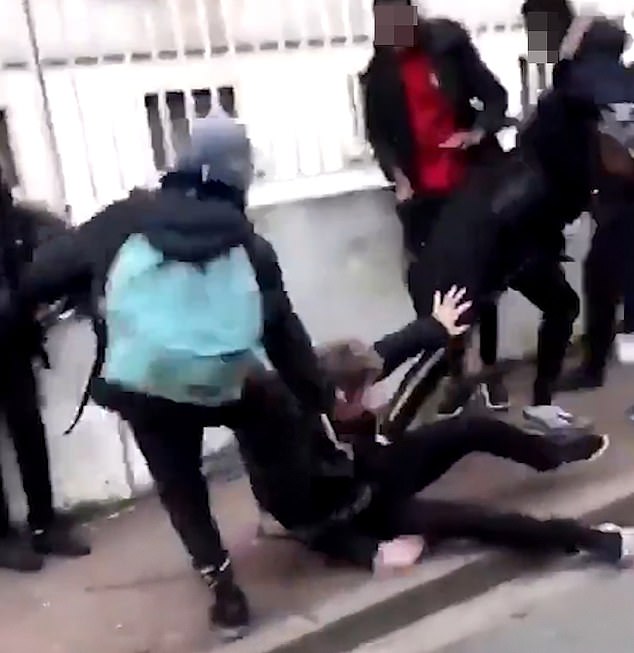 An image taken from the video, which was uploaded to Twitter last week, shows one of the gang dragging the youngster by his collar and kicking him outside the high school in Etampes, southeast of Paris 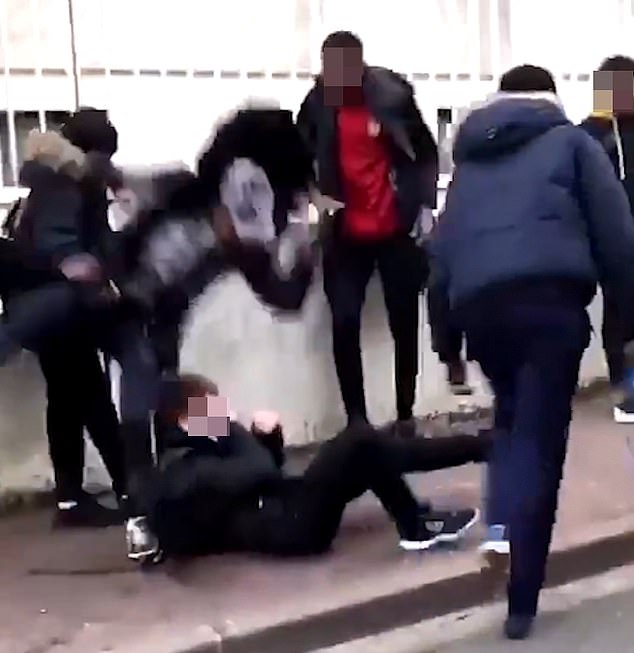 The youths can be seen kicking the defenceless youngster in the video, which has been retweeted 2,200 times since last week, while he tries to protect his face outside a high school in Etampes, near Paris

The boy being assaulted is the only white person in the film, prompting accusations that he may have been attacked because of his colour.

One poster wrote: ‘In Etampes, a band of thugs attacked one white high school student for fun while those filming laugh. This racist, anti-white aggression is one too much.’

The video is not dated, a source told the Parisien news outlet, adding: ‘We see a teenager on the ground taken to task by eight other young people.

‘Laughing, they kick him then one of the attackers jumps on the young man. Behind the camera, we hear laughter then a girl’s voice which says: “It’s not easy”.’ 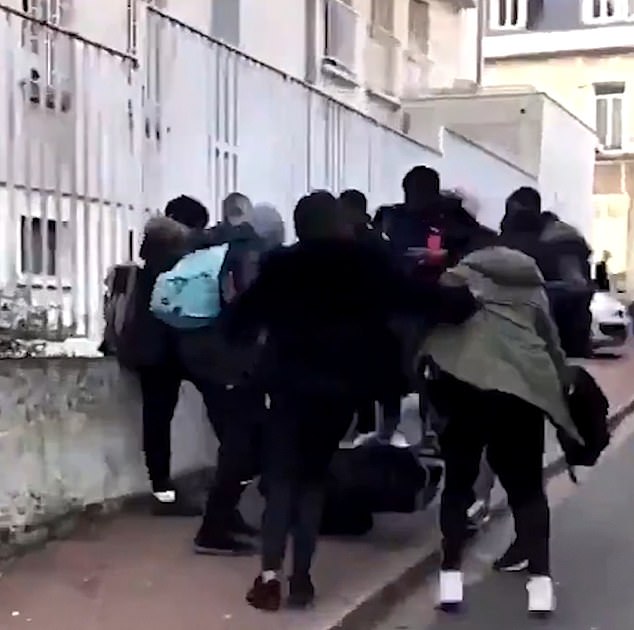 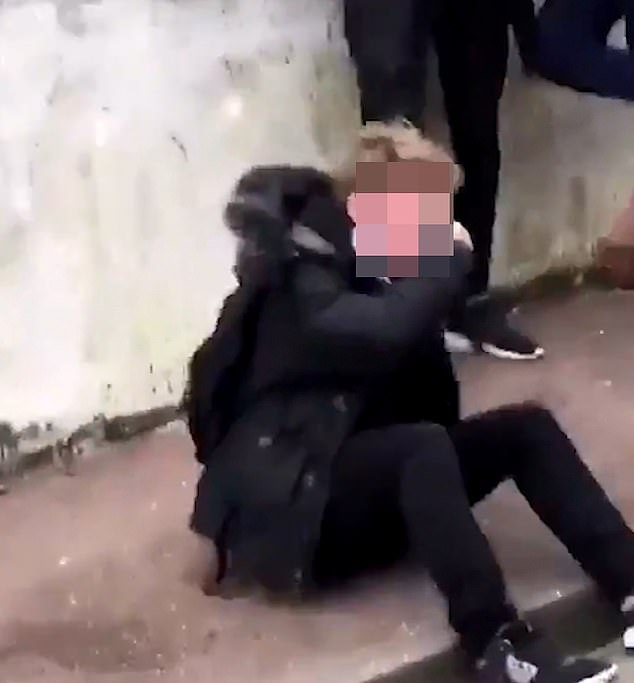 French prosecutors are aware of the horrifying video since it began being shared last week. They said there has been no complaint brought forward by the victim, who is pictured holding his nose after the relentless attack

A spokesman for France’s National Police force said the incident was under investigation, and that it could be a staged ‘video-aggression’.

The police referred to the ‘Happy Slapping’ craze that started in the UK in 2005, and which saw bored youngsters carrying out violent attacks so that they could be filmed and posted online.

Prosecutors in Evry-Courcouronnes have also been made aware of the Etampes video, but no complaint has yet been made to them by the victim.

Filming an assault carried out by an accomplice is a criminal offence in France, one that can punished by up to five years in prison and a fine equivalent to around £63,000.

Bernard Laplace, the Mayor of Etampes, said the apparent attack was ‘scandalous’, adding: ‘We will be particularly vigilant about this kind of intolerable behaviour.’