‘We don’t forget you like the 3-5-2 of that b*****d’: French rappers Kalash Criminel and Kaaris take aim at Laurent Blanc with lyrics criticising his formation in PSG’s Champions League knockout by Man City in 2016

Popular French rappers Kalash Criminel and Kaaris have taken a swipe at former PSG manager Laurent Blanc in the lyrics to their new track, with the ill-fated 3-5-2 system he used in the defeat at Manchester City in 2016 criticised.

After a 2-2 draw in the first leg of their Champions League quarter-final tie at the Parc des Princes, Blanc was forced into a drastic change in his formation to cope with the absences of the suspended David Luiz and Blaise Matuidi.

However, his decision failed to pay off with City winning 1-0 and dumping the Ligue 1 giants out of the competition. Years on, Blanc is still savaged, with a scathing reference now made in a song sure to make waves in France.

Both Kalash Criminel and Kaaris are clearly still struggling to move on from the heartbreak of another chastening knockout for the club and, when writing their new album SVR, opted to include a bitter throwback to the humiliation.

Unfortunately for veteran boss Blanc, his tenure in Paris is still marred by his choice to move to three at the back. Despite favouring the 4-3-3, just 48 hours before the crunch decider, he set his team out in the 3-5-2 in training. 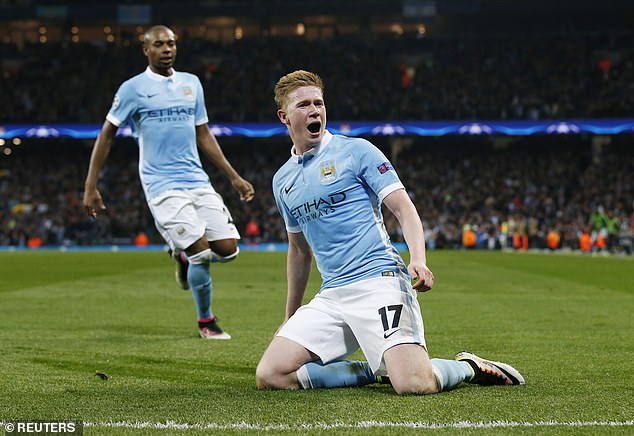 PSG played a 3-5-2 against Manchester City in 2016, but lost and exited the Champions League

The session is believed to have explained the positions, movements across the pitch and the potential combinations between players, but rather than inspiring hope of shocking City, Blanc’s own squad were left confused at his idea.

Kevin De Bruyne scored the winning goal with City’s only shot on target, condemning PSG to a quarter-final exit for the fourth season in a row.

Speaking after in his post-match press conference, Blanc admitted he was solely responsible for the tactical failure.

‘I made the team, chose the players, the strategy,’ he said. ‘When we win, the players are responsible and when we lose it is the coach who is responsible. But I take it for myself, this defeat, no problem. I do not break out.’ 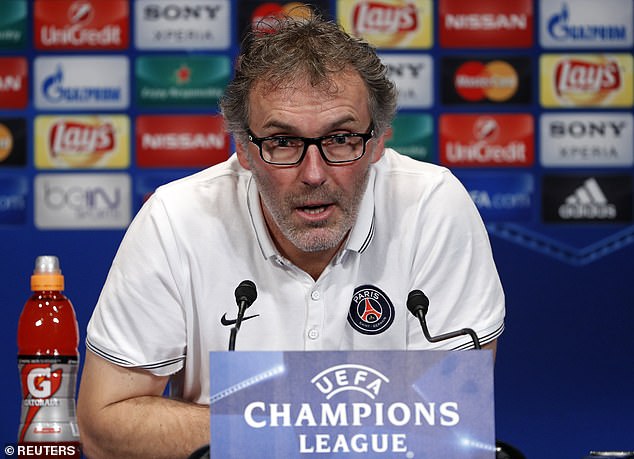 Blanc admitted to making a mistake after the game, but is still savaged for his decision today

However, soon after the final whistle, the now 56-year-old also insisted that the home side were ‘not particularly spectacular’ despite their victory.

He reserved some praise for City for their own style of play, but took aim at his players and labelled them ‘inadequate in all areas of the game.’

Blanc then added: ‘Our technical limitations were shown in these two matches. 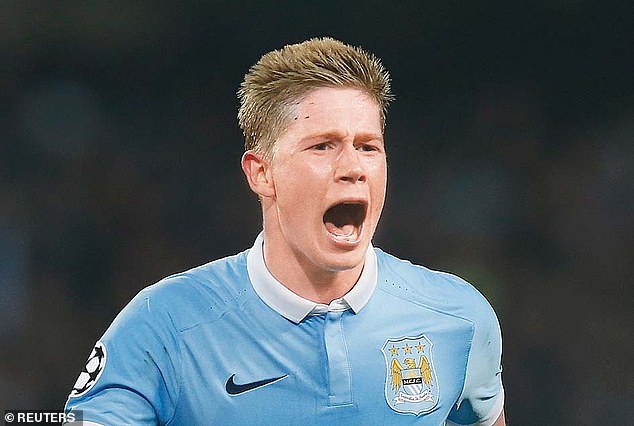 ‘They didn’t have as many opportunities tonight but were effective.

‘They are a good team, not a particularly spectacular team, but they are efficient and they got the job done.’