French rugby legend Galthie gets his inspiration from unusual places

‘Did you know Monaco used to be nothing?’ says Fabien Galthie, as we sit in a restaurant overlooking the crystal-clear waters of the Mediterranean Sea. On one side, billions of pounds worth of boats glisten in the harbour. On the other, the city-state’s 62-metre rock offers shade from the 30C afternoon sun.

‘It was a poor country. Just a monastery and olive farms. Around 1850, Charles III had an idea. A hotel, a casino, a railway and a water-bathing facility to treat illness. They had done the same thing in Baden-Baden in Germany. It was a success. Because of this big rock, very high, it was named Monte Charles. Monte Carlo. People did not want to live here before. See how it’s changed.’

Even in the A-list world of Monaco, Galthie turns heads, immediately recognisable with his thick-rimmed glasses. His popularity has surged off the back of France’s Six Nations Grand Slam yet there is still an air of mystery about him. One of his colleagues suggests I should begin the interview with a question about his favourite philosopher: Baruch Spinoza. 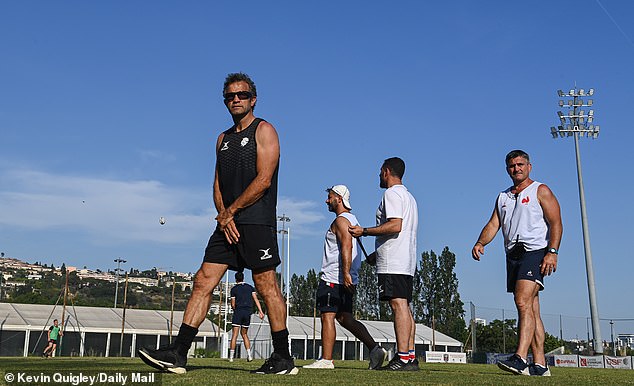 ‘Who told you to ask this?’ he says with a surprised smirk.

‘On the rugby pitch, it’s the same. I try to do the same in life and rugby, because we play like we live and we live like we play. You try to create small fires around the ball in attack and defence. The French team tries to do that by putting a small company around the ball. About five players. We try to be quick. ‘Deux’ seconds in attack and defence, ready to play something. Quick, small productions. The first player has the ball and there are four players arriving to start a fire. Small fires of happiness. We can start a fire with every action.’

With a bowl of spicy tomato penne in front of him, Galthie moves around his cutlery, representing small fires on a rugby pitch. The room is full of roaring background laughter from his squad of giant Barbarians, but the man in charge is quieter and more considered.

‘My rugby philosophy is a French rugby philosophy. French rugby… what is it? It’s a mix of French flair and fight. We call it grégaire instinct. Typically, the French like to fight. Revolution, strike, liberation. Maybe it has been missing. I don’t know, but it’s our genetics. Our DNA.’

HAS anyone else shaped his philosophy? ‘You learn a lot from commerce, technology, data, philosophy. I love to learn. Advertising companies, financial companies. I like looking at the mapping of an organisation. When I stopped my career as a player, after the World Cup in Australia [in 2003], I wasn’t on this path as a coach. 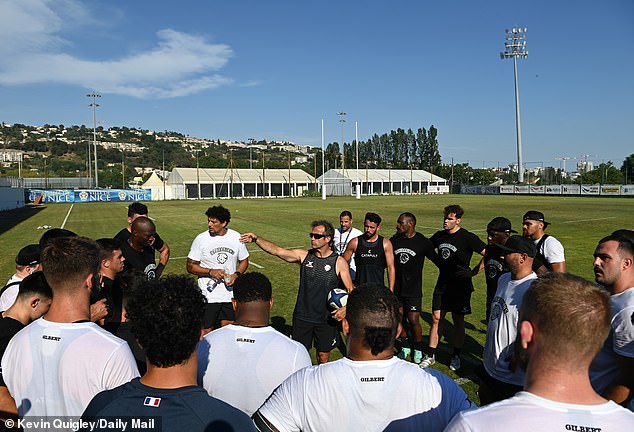 ‘I studied for a long time. I did a masters in economics and went for different experiences while I was still playing rugby. Jobs in economy, finance, advertising. It opened my eyes. It was Max Guazzini, the president of Stade Francais, who asked me to start coaching. Sometimes life depends on who you meet. You develop relationships and meet people who influence your life.’

He discusses literature — The Sun Also Rises by Ernest Hemmingway is his current read — before the questioning moves to politics. 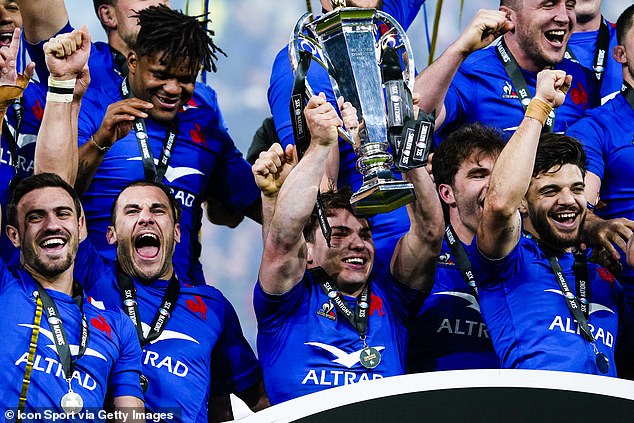 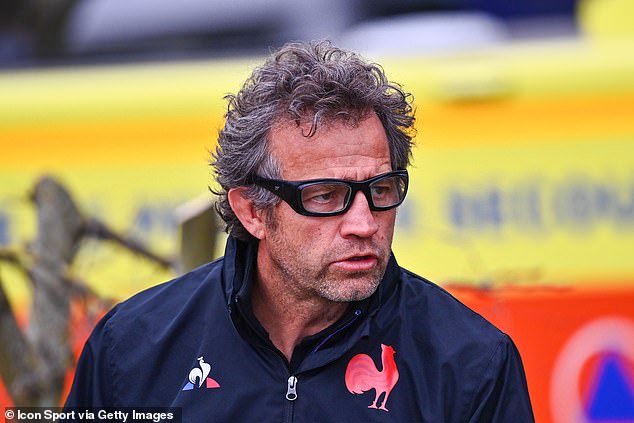 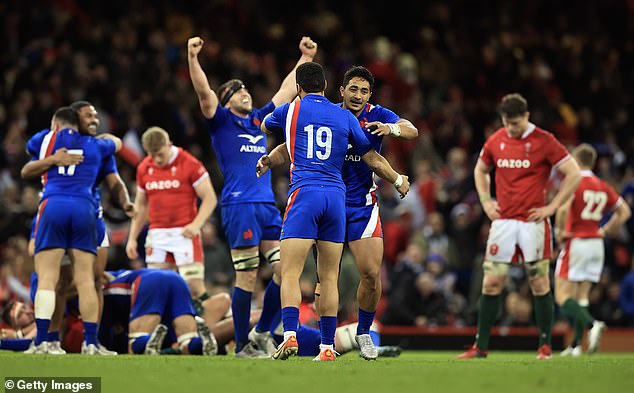 ‘Sport is not political. There is a moment in the match, for two hours, when people are happy. These debates about politics are normal for France. It’s the way of France. It’s been the same in the past. This is democracy. People can speak.

So far, Galthie’s mission to bring French rugby back to the top of the world is succeeding. They enjoyed their most successful Six Nations campaign for years with a Grand Slam — and a strong core of French internationals will line up in Barbarians jerseys against England today — and are among the favourites to win the World Cup as hosts next year. Galthie has also changed his coaching team, with English defence coach Shaun Edwards becoming a key component.

‘With Shaun, everything is simple,’ he says, clicking his fingers three times. ‘He’s brilliant. Very operational. Don’t think too much or it becomes difficult. Shaun is interested in history, too. 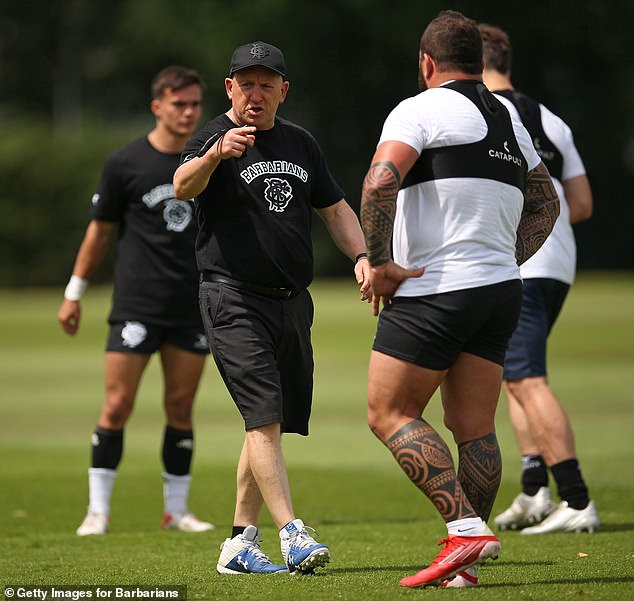 If he could coach any player in the world who would he choose? ‘Jean-Pierre Rives and Serge Blanco,’ he answers. He occasionally stops to touch his trademark thick-rimmed glasses and I ask if they are for fashion or medical reasons.

‘Why do you ask about my glasses?’ he says, taking them off to twist them into different shapes. ‘Look, you can bend them and they don’t break. They are sport glasses. I broke all my normal glasses so I needed something stronger. It was an accident. I wear them all the time now. Some people hate them. My mum doesn’t like them.’ 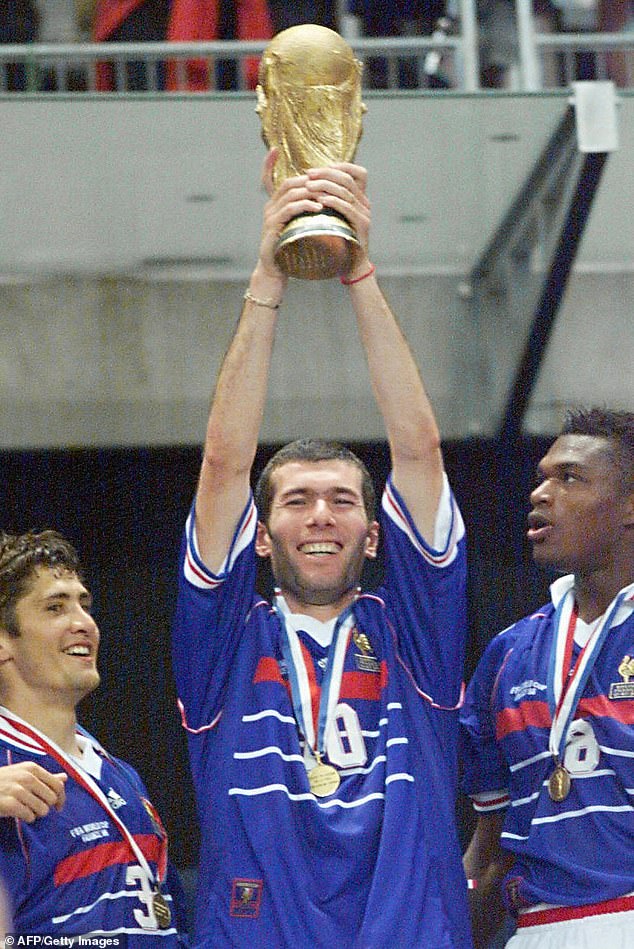 We are sitting a stone’s throw across the bay from Monaco’s football stadium. Earlier in the day, Galthie ran for an hour along the coastal path overlooking the ground. He keeps a close eye on other sports and France could complete a famous World Cup double in football and rugby in the next 16 months.

‘Why not? It is possible. It is a World Cup. Anything is possible. But first we have to play. I love football. It is a sport collectif. I played when I was younger. I love all sport. In rugby, most of the time, we play one line against one line. In football, the players are mixed up all over the pitch. But when we play a kicking game rugby, the players are mixed together and it becomes like football, then you can learn.’

His favourite player? ‘Zinedine Zidane. I loved watching him. He saw everything. Animation, strategy. In rugby the No 10s, Romain Ntamack, see everything.’ 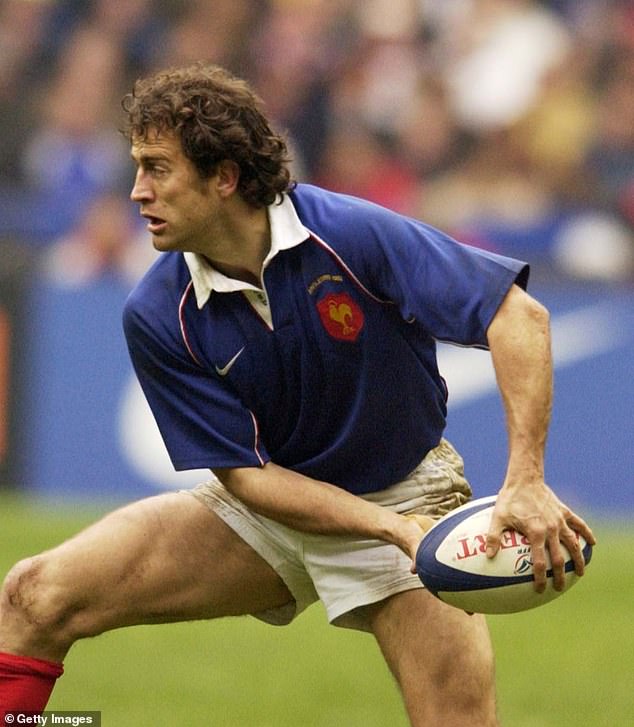 Eventually, we head back to the team’s luxury five-star hotel, the Hermitage. He points out the starting lines on the road that have still not been cleared since the Monaco Grand Prix. We talk about the next generation of Under-20s and try to pinpoint the reason behind the rise in French rugby.

‘There’s so many different things. Many combinations. Maybe the JIF policy [new quotas ensuring clubs pick more French players] is good, finally. We have to wait to know if it is just a short period or it can continue for more years.’

As we take the lift up to the terrace for a photoshoot I have one last question. If he does win the World Cup in 2023, then how about leading the British and Irish Lions in 2025?

‘Oh, this is a very special question,’ he says, chuckling. ‘I have been speaking in English for one hour and a half now. I think we have spoken enough in English now. The photographer is waiting!’