Is this the moment Frenkie de Jong found out his old club Ajax had been dumped out of the Champions League? Barcelona star grimaces as he appears to check results on San Siro big screen after win over Inter Milan

Barcelona’s Champions League win over Inter Milan was tainted for Frenkie de Jong after he appeared to find out that his old club Ajax had been dumped out of the competition just moments after the final whistle.

The Holland midfielder, who left the Dutch giants for Barca in a £75million deal last summer, was caught on camera looking up towards a big screen at the San Siro on Tuesday night.

Ajax had just been beaten 1-0 at home by Valencia, a result which meant they finished third in Group H and missed out on a place in the last-16. 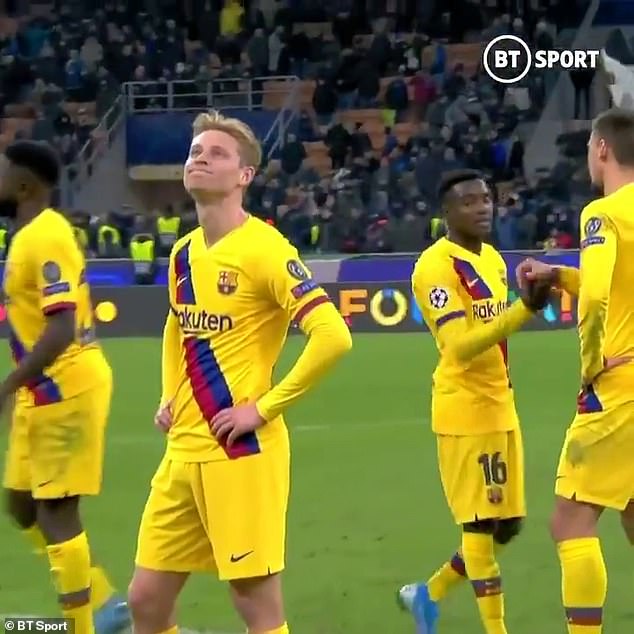 De Jong looked distraught after appearing to check the results, which saw Chelsea beat Lille 2-1 at Stamford Bridge to finish second behind Valencia.

The 22-year-old has a deep affinity for Ajax, having spent three years in their first team, winning the Eredivisie title and Dutch Cup last season.

De Jong also helped Erik ten Hag’s side reach the semi-finals of the Champions League in May, where they were just pipped to the final by Tottenham.

Despite leaving the club in one of the most high-profile transfers of the summer, pain was etched all over his face as he realised his friends and former team-mates would not have the chance to repeat their knockout heroics of last term. 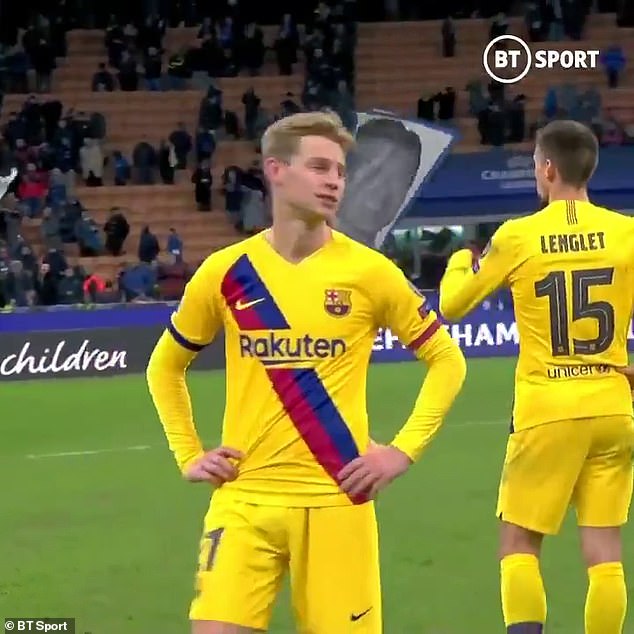 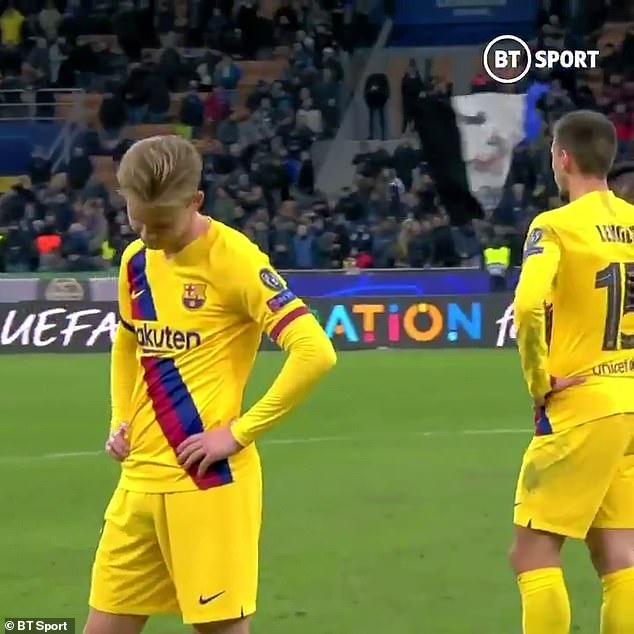