Frenkie de Jong has been urged to choose Chelsea over Manchester United this summer, if he leaves Barcelona.

The Dutch midfielder has been the subject of long-term interest from United this window, with Erik ten Hag making him the club’s primary target, but the move seems no closer to materialising.

Despite previously saying he was flattered by their interest, reports from Spanish outlet Sport suggest that he has no interest in signing for the Red Devils, preferring a move to Premier League rivals Chelsea instead.

Former Aston Villa forward Gabby Agbonlahor has urged the Blues to hijack the move, saying on talkSPORT Breakfast: ‘I’ve been talking about Manchester United not being as much of a pull for a while now and their fans don’t like it. They can’t handle the straight facts.

‘De Jong, if he’s leaving Barcelona, he does not want to go to Manchester United. There are quotes that have come out that he would rather Bayern Munich, he would rather Chelsea.

‘Because if I’m choosing a team in the Premier League and I’ve got the chance of Chelsea or Manchester United, I’m choosing Chelsea.’ 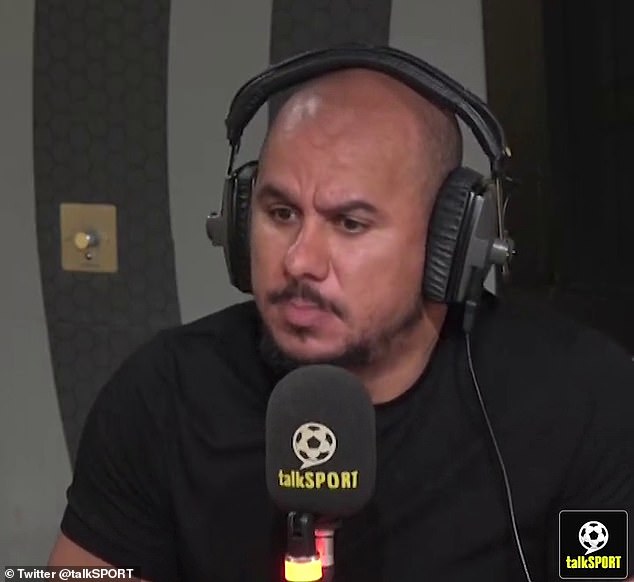 Barcelona has made no secret of shopping De Jong around and he has been United’s top target all summer, with club chiefs Richard Arnold and John Murtough recently spotted in the Spanish city trying to thrash out a deal. 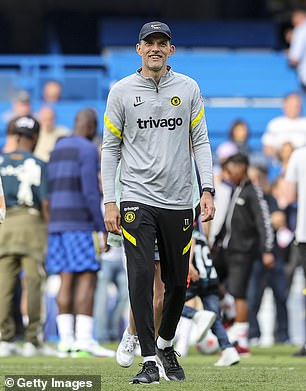 And although de Jong does not want to leave, the Catalan giants need to shift him from the wage bill in order to register new signings Robert Lewandowski, Raphinha, Franck Kessie and Andreas Christensen.

He is said to hold real concerns over how United function, with the player’s view said to be that it is run ‘erratically’ by management.

In addition to that, he is ‘not closed’ to the idea of a switch to Stamford Bridge given Chelsea do boast Champions League football and is said to appreciate the ‘project’ and ‘structure’ that is being built under new controlling owner Todd Boehly.

Agbonlahor added: ‘They’ve got problems and it’s going to take them a while to get a chance of winning the Premier League or the Champions League.

‘Does De Jong want to go from Barcelona, who will be playing Champions League football, to Manchester United, who aren’t going to be?’