Two teenage girls will be charged with murder over the death of a teen who fell from the balcony of a Gold Coast apartment.

Cian English, 19, died after falling from a balcony on the fourth floor of the View Pacific resort in Surfers Paradise on May 23.

Police allege the Brisbane teenager was fleeing after being assaulted and stabbed.

The girls, aged 15 and 16 from Coomera, allegedly filmed and encouraged the assault and torture of Mr English and his friend.

The girls will be charged on Thursday with the murder, robbery, deprivation of liberty and torture.

A group of young men – Jason Ryan Knowles, 22, Lachlan Paul Soper-Lagas, 18, and Hayden Paul Kratzman, 20 –  have been charged with murder and armed robbery.

The trio has already faced court and all remain in custody.

Cian English, 19, died after falling from a balcony on the fourth floor of the View Pacific resort in Surfers Paradise on May 23 A 16-year-old girl who tagged along with the three men, aged 18, 20 and 22, is accused of filming the alleged violent assault

Police allege the group of three males and two females were staying at an apartment at the View Pacific resort when they met Mr English and his friend.

Both groups were allegedly speaking over the balcony when Mr English and his friend were invited to join the party upstairs.

It is alleged the gang used drugs with the Brisbane teen and his friend.

Hours later the group returned to Mr English’s apartment where they allegedly robbed Mr English and his friend.

Police allege Mr English and his friend were tortured for up 30 minutes and filmed by the two girls, who uploaded the video to social media.

Mr English allegedly had a knife held to his throat while his attackers demanded he and his friend hand over their phones and clothing. 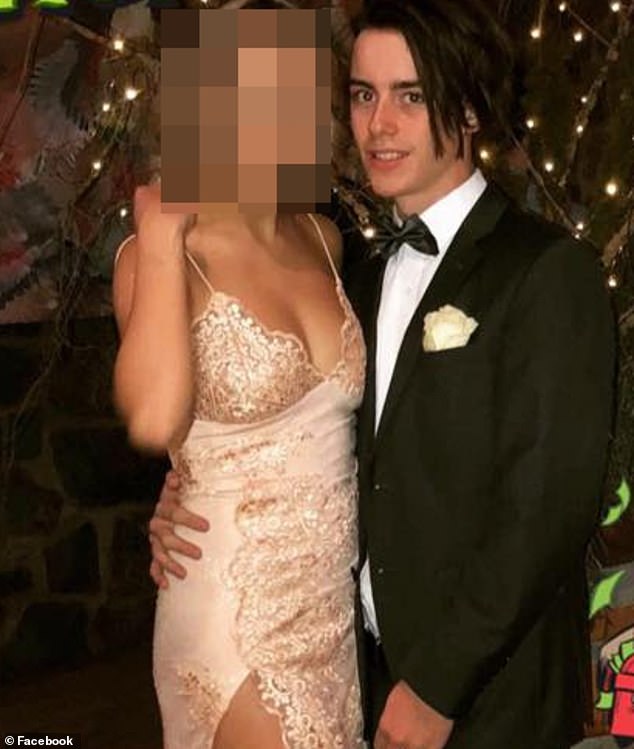 Cian English, 19, (right)was allegedly assaulted and tortured for up 30 minutes and filmed by the two girls, who uploaded the video to social media 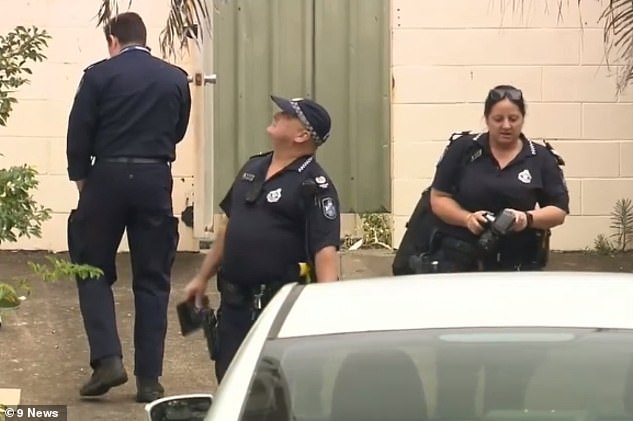 Cian English was found with a knife wound to his arm (pictured: Police at the scene)

Police will allege Mr English feared for his life and fled on to the balcony when he fell.

‘These girls were actively at the scene. Legislation allows people to be charged with being a party to an offence,’ Detective Inspector Brendan Smith said.

‘The girls videoed the incident and the torture on the boys, both English and his friend, and they took no active step. It’s clear they were actively encouraging it,’ he alleged.

‘We will be alleging they have seen him go over the verandah.

‘They have looked down and seen he is obviously deceased and then they have stolen clothing off another unconscious male on the verandah.’

Insp Smith challenged the mindset of some young people, particularly in regard to how they post on social media, saying attitudes need to change.

‘It really is beyond belief these people behave like this,’ he said.

‘For some reason, they (young people) think it is cool to have that gangster mindset and they have got to carry a knife to be cool,” he said.

‘It takes other kids to go, ”Hey, don’t do this. You are an idiot”. We need to change the mindset that it is cool to carry a knife.’

The two girls were expected to appear in a children’s court on Thursday.

Police are investigating whether the alleged murder was linked to a series of break and enters at chemists in Logan and the northern Gold Coast where prescription drugs were stolen from the premises. 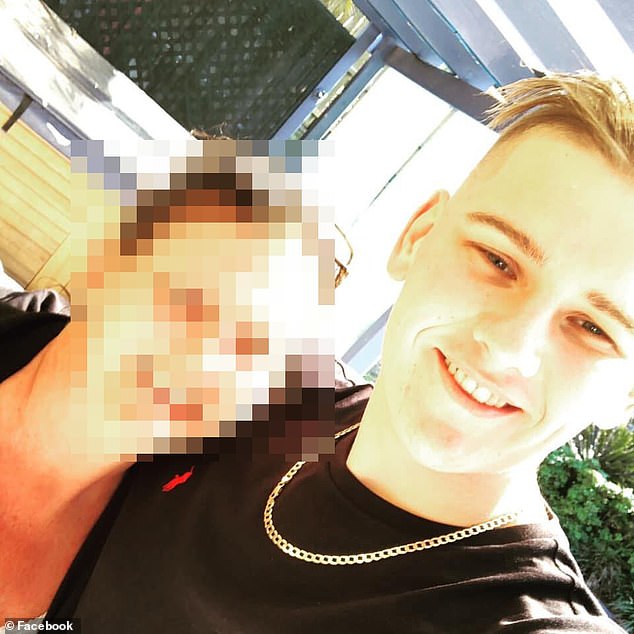 Jason Ryan Knowles, 22, is the eldest of the three who allegedly beat Mr English while trying to rob him, and is accused of causing his death