My, how you’ve changed! Rebecca Black – who became an overnight star at 13 with her viral hit Friday – sports tattoos and an edgy haircut during Australian TV interview

Rebecca Black has come a long way since shooting to fame at 13 with the viral novelty hit Friday.

The American songstress, now 25, showed off her mature new look during an interview with Australian morning show Today Extra.

The once fresh-faced teenager now sports tattoos and piercings, along with an edgy haircut.

Rebecca is currently touring Australia with her new music, which is a far cry from the low-budget pop of Friday.

‘I’m so excited to be here in Australia now and to be almost 12 years after [Friday],’ she said.

‘I just played a sold-out show in Melbourne, and to be able to build an audience that really resonates with what I’m doing now as opposed to this thing from back in the day, I feel really grateful.’ 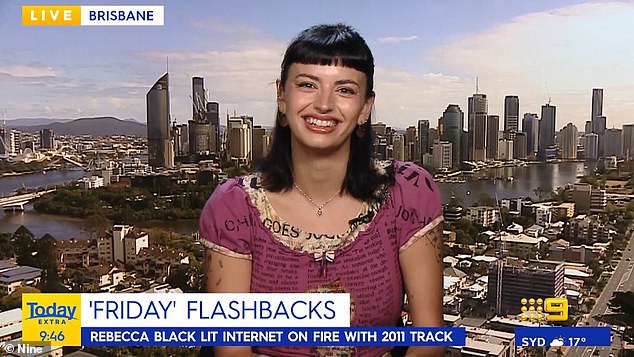 ‘I’m so excited to be here in Australia now and to be almost 12 years after [Friday],’ she said

When Black first released Friday at age 13, she received widespread backlash online and was viciously trolled.

It was also revealed at the time that her mother had paid $2,000 for the pre-written song, which was purchased from a musical composition and production company in Los Angeles.

The song went viral for being overwhelmingly ‘bad’ and was mocked by comedians and the public alike, though some called it ‘sickeningly catchy’ and it made her an overnight star. 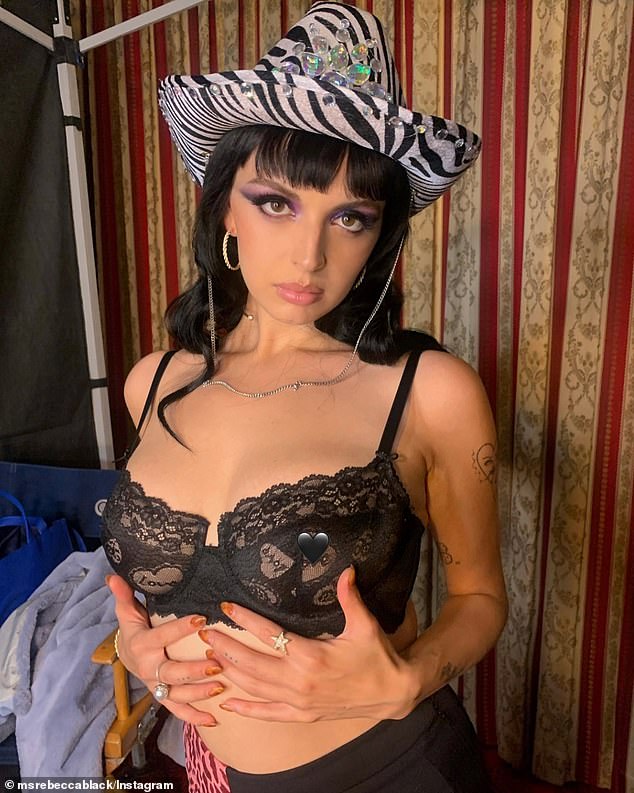 The once fresh-faced teenager now sports tattoos and piercings, along with an edgy haircut 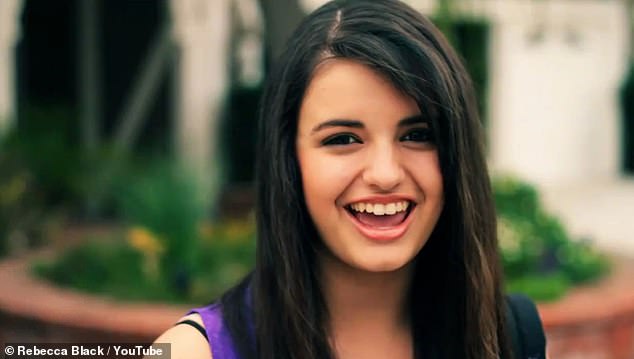 When Black first released Friday at age 13, she received widespread backlash online and was viciously trolled

Just three months after it was released, the video had amassed more than 166 million views on YouTube, but the majority of its engagement was negative and at one point it had received three million ‘dislikes’.

Black spoke to The Daily Beast after the song’s release, saying: ‘Those hurtful comments really shocked me. At times, it feels like I’m being cyber-bullied.’

In the years since, she has been able to continue her music career on her own terms and has also become a successful influencer, boasting almost one million followers on Instagram. 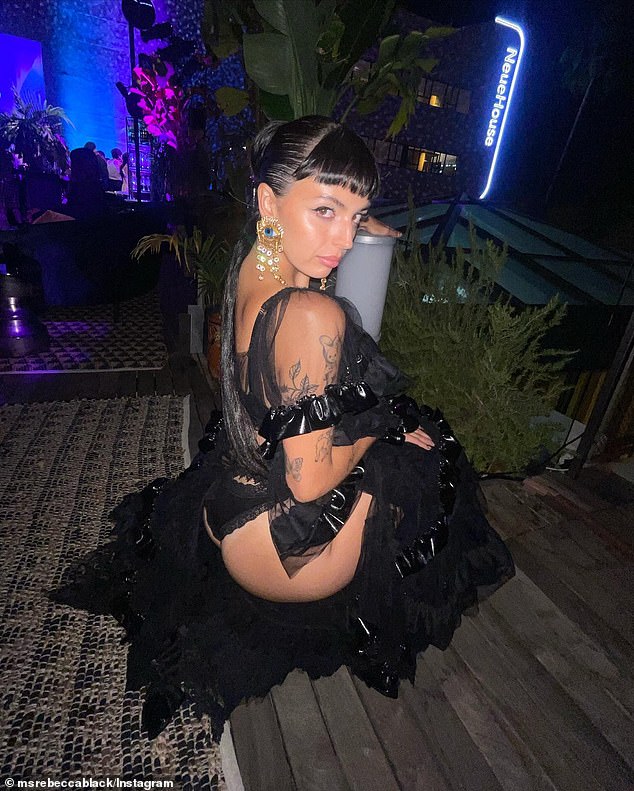 Rebecca is still a successful singer and influencer, boasting one million followers on Instagram