Two NFL stars accused of robbing four Florida partygoers at gunpoint have found their legal woes mounting, after police produced transcripts of conversations and a video seemingly showing attempts by a friend to pay off the four men who were allegedly robbed.

The pair, both from Miami, were allegedly at a cookout in Miramar, Broward County, playing cards and video games when a fight broke out.

Baker, according to police, flipped over a card table and then ‘whipped out a semi-automatic firearm’, and began directing Dunbar and two others to start robbing the guests at the gathering.

Quinton Dunbar, 27, is accused of armed robbery at a Florida party on May 13 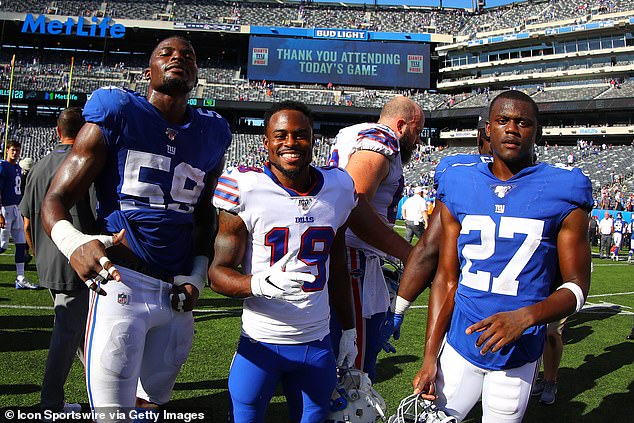 DeAndre Baker (right) was at a party with Dunbar in Miramar, Florida, when a fight broke out 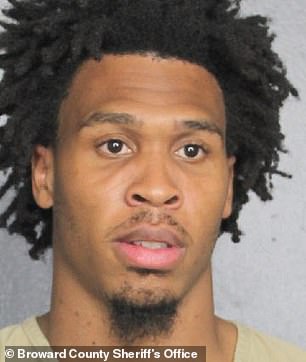 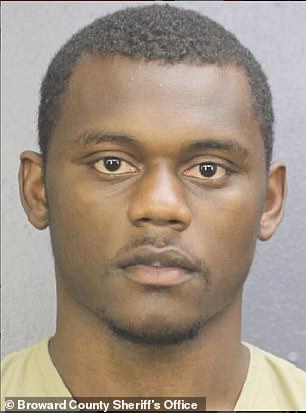 Their victims lost Rolex and Hublot watches, as well as cash.

A witness told police he had been at a party with Baker and Dunbar two days earlier where they allegedly lost $70,000 gambling, the arrest warrant says.

Attorneys for the two sports stars are strongly denying the version of events in the arrest warrant, and insist they have affidavits and video evidence exonerating them.

Both men have pleaded not guilty.

But on Friday the New York Daily News obtained court filings from the Broward County Clerk of Courts, detailing what appeared to be incriminating messages and evidence of a cover-up carried out on their behalf by a childhood friend.

Dominick Johnson, a nightlife promoter, writes in an Instagram message that he ‘made’ the four accusers ‘say them Boys ain’t have nothing to Do with it’, in return for $55,000.

One unnamed person contacts Johnson, nicknamed Coach, and writes: ‘Coach you got to help them ppl much as you can holla at the ppl that got rob and the other side to clear it up cause your name involved.’

Video footage and messages appear to show that Johnson supervised the payoff, meeting the four accusers on May 15 at the office of Dunbar’s attorney, Michael Grieco.

Neither of the NFL players was at the May 15 meeting, but Detective Mark Moretti of the Miramar Police Department, who submitted the warrant seeking further access to iCloud communications, revealed direct messages between Baker and Johnson on Instagram that implicate Baker in the payoff.

‘Baker replied, “Yo I’m in the city now getting cash how much to bring ?? I’m tryna get there too u ASAP.”

‘There appears to be several phone calls between Baker and Johnson.

‘Johnson appears to be nervous by telling Baker, “Yooooo these people finna leave.”‘ 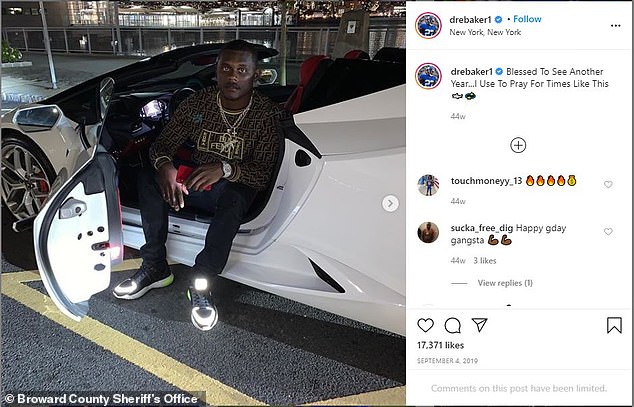 Baker has a base salary of $1.4 million for 2020, but that does not include incentives

Grieco is seen leaving his 24th floor office, taking the elevator to the lobby, and bringing Johnson and the four alleged victims back to his office at 2:26pm.

Johnson eventually leaves the office and meets an unknown person in the lobby, according to the warrant.

Johnson and the unknown person take the elevator up from the lobby at 2:34pm.

During that elevator ride, the unknown person removes a black bag from his shoulders, shows the open bag to Johnson, and a large quantity of money is visible.

Johnson then takes the bag.

Everyone then meets in front of Grieco’s office before going inside.

By 3:15pm, everyone has left the building.

And at approximately 4pm, Moretti says he received notification from Grieco indicating there had been a change in testimony from the victims and witness.

Johnson writes to an unnamed person on Instagram: ‘We all heading to the lawyer now to get the charges dropped I got them n****** to sign the papers. 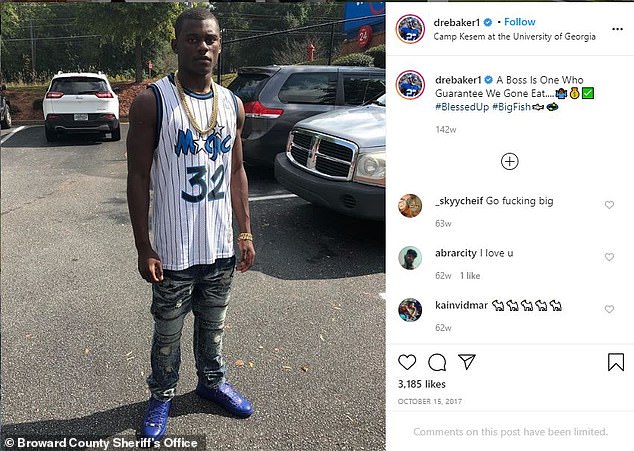 The New York Giants player has pleaded not guilty, and been released on bail

The four accusers then told the police that they had been paid to change their story.

One of the four victims says ‘he was being directed that he didn’t see what he thought he saw’ on the night of the alleged armed robbery, the warrant states.

Baker and Dunbar turned themselves in to the Broward County main jail on May 16 and spent the overnight before being released on $200,000 and $100,000 bond, respectively.

Dunbar pleaded not guilty to four counts of armed robbery with a firearm.

Baker has a base salary of $1.4 million for 2020, but that does not include incentives. He earned over $6 million as a rookie in salary and his signing bonus.

Dunbar is slated to earn $3.4 million in 2020, according to Spotrac.com, but that is not fully guaranteed.