Friend to the Royals reveals how her first marriage ended

A Royal confidante and hostess of some of London’s most elegant soirees, Basia Briggs is about to cause a major shock among her well-heeled friends.

For Prince and Princess Michael of Kent’s chum has written her memoirs — and they include a startling revelation about her private life.

Basia, 57, is to disclose that her first marriage collapsed after she discovered that her husband, Graham Nichol, was having a passionate affair with her Polish-born mother, Camilla.

‘It really is shocking,’ one of her friends tells me. ‘She was in her 20s and her husband in his 30s. Graham seduced her mother, who was a very glamorous figure in her 40s.

‘The affair went on for some time. It was her mother who eventually confessed to it. Basia and Graham divorced soon afterwards.’

Basia (pictured below), who has two grown-up children from her first marriage, refused to comment on the revelation yesterday, saying: ‘You will have to wait for my book.’ Her publisher, Quartet Books, says Mother Anguish: A Memoir will be a ‘gripping, no-holds-barred’ account of the socialite’s life.

‘In this candid memoir, Basia lays bare the many vicissitudes of her youth, and examines her tumultuous relationship with her mother; a dazzling, riotous and truly eccentric character with an explosive dark side.’

Soon after divorcing Graham at the end of the Eighties, Basia married property developer Richard Briggs.

The pair now run Hyde Park Stables, from where royals and famous figures such as Madonna have enjoyed riding. 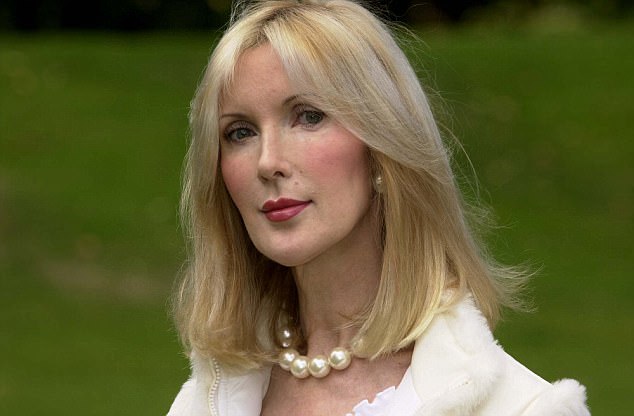 Basia, 57, is to disclose that her first marriage collapsed after she discovered that her husband, Graham Nichol, was having a passionate affair with her Polish-born mother, Camilla

Her closeness to the dashing oarsman, who guided Oxford to an unprecedented ten consecutive victories in the Boat Race and later worked as a BBC commentator, continued until his death in 2015 at the age of 69, which left Basia heartbroken.

She and his 62-year-old widow, former Howards’ Way actress Susan Gilmore, did not speak to each other at the service at St Martin-in-the-Fields church in Trafalgar Square to celebrate Topolski’s life.

This will go down badly with the Scottish Nationalists: I can disclose that Prince Charles has hired a former Tory official to be his new man North of the Border.

Ally Rae, a special adviser at the Conservatives’ HQ until 2011, will be the heir to the throne’s assistant private secretary, with special responsibility for Scotland.

Since leaving the Conservatives, Rae has worked for petrol giant BP. He is replacing Mark Leishman, who quit in August after 14 years with the Royal Household.

Tory MP Nigel Evans is planning a transatlantic jamboree for his 60th birthday next month.

Evans was cleared of a string of sex charges three years ago, so no doubt he’s keen to keep a low profile.