Friends of an Alabama teenager whose remains were found this week are now raising questions about how the local police department went about its investigation after she went missing nearly three years ago.

Authorities discovered the remains of Ebby Steppach in a drain pipe at a park in Little Rock, Arkansas, on Tuesday morning, stunning the small community that had been looking for her since October 24, 2015.

Now one of Ebby’s best friends, Kailey Foley, has revealed that she had told investigators she smelled decomposition coming from the very same drain pipe just a few days after the then 18-year-old’s disappearance.

More than two and a half years later Kailey and other friends and family are wondering why it took so long for Ebby’s body to be found. 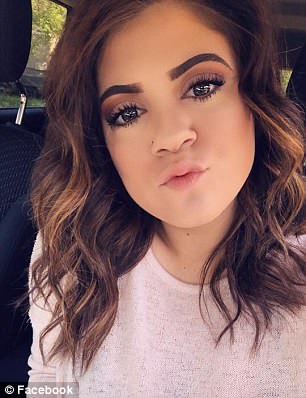 The remains of Ebby Steppach (left) were found in a drain pipe at a park in Little Rock, Arkansas, on Tuesday. Days after the 18-year-old went missing in October 2015 her best friend Kailey Foley (right) told investigators that she smelled something decomposing in the pipe 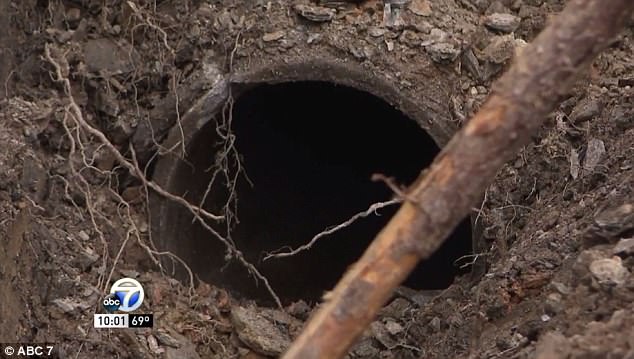 Ebby’s friends say they smelled decomposition coming from the drain pipe where the remains were found just days after Ebby’s disappearance, but authorities didn’t take the tip seriously

When investigators found Ebby’s car at Chalamont Park, Kailey and her mother Margie Foley decided to go look around to see if they could find any clues.

‘I got right about here and I just got hit with the smell of decomposition,’ Margie told THV11.

Not wanting Kailey to smell the stench, Margie called out to her daughter and told her to go back to their car.

‘She kept asking me why and I said: ‘I smell decomposition coming from that drain.”

Margie immediately called 911 to inform detectives of what she had smelled.

‘I just came out of a meeting with Detective Williams in regards to a missing person named Ebby Steppach,’ Margie told dispatchers at the Pulaski County Sheriff’s Office in the call obtained by THV11.

‘I brought my daughter who’s a friend of hers. We just started walking around here, and I smell decomposition.

‘I just called his phone. He didn’t call me back. Could you send somebody here to investigate?’

The information was relayed to the Little Rock Police Department, which took more than an hour to arrive on the scene.

Margie says officers ‘dismissed’ her and said: ‘This park was gone through with dogs and they would have picked up on that. It must be an animal or something.’ 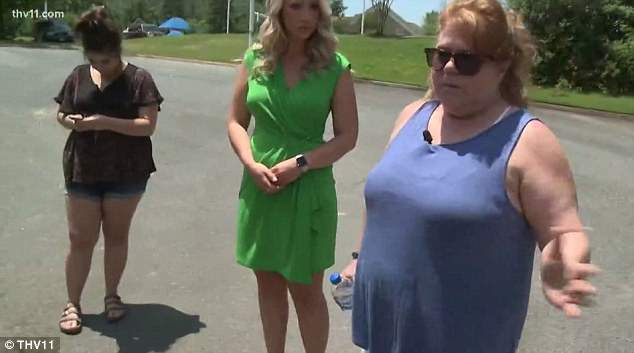 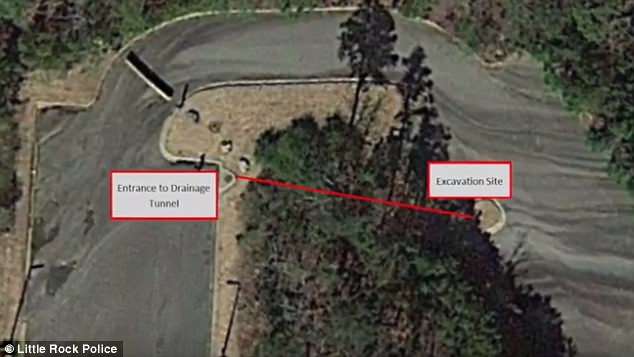 Steppach’s remains were found Tuesday morning at around 10:30am in an underground drainage pipe in Chalamont Park

The mother and daughter were horrified when they heard Ebby’s remains had been found in the same drainage system where they’d smelled decay shortly after her disappearance – only about 100 feet from the entrance.

‘Come to find out she’s been here all this time,’ Margie said.

‘We might have known what happened to her. It just makes me sick.’

‘I’m very angry. I’m angry for Ebby. She didn’t deserve to lay down there like that.’

Kailey added: ‘It’s just hard to think, someone you know, or someone you were best friends with went missing. And then, turns out, they were where you thought they were the whole time.’

The Foleys are calling for someone to be held accountable for the mishandling of the information.

Little Rock Police have responded that this is an open investigation, but they won’t be doing any further interviews.

Investigators have not said if they suspect foul play in the teen’s death, but have noted several strange circumstances surrounding her disappearance.

Just before she went missing Ebby called her brother, who says she sounded confused and disoriented and didn’t know where she was or who she was with.

After finding Ebby’s car investigators canvased the park without any success.

On Tuesday, investigators returned to the park and used a remote-controlled robot fitted with a video camera to search inside the underground drainage pipe, revealing two obstructions.

They then dug up the area surrounding the pipe and found the human remains inside, which a coroner later confirmed belonged to Ebby. Police and the FBI are investigating Ebby’s death, and have not said if they suspect foul play 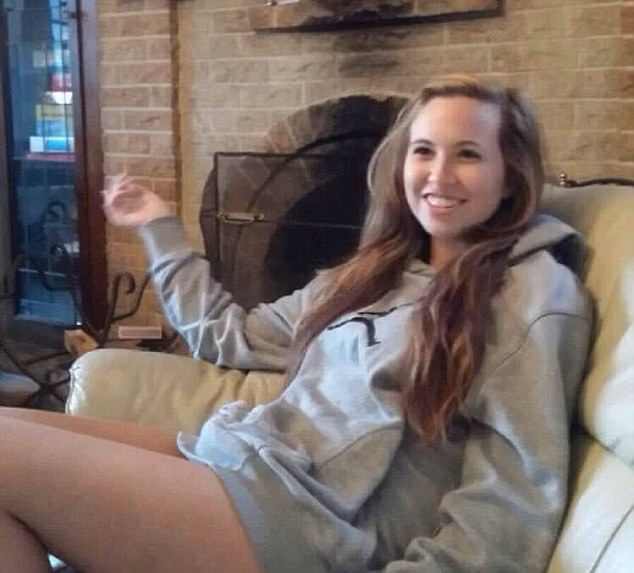 Just before she went missing Ebby called her brother, who says she sounded confused and disoriented and didn’t know where she was or who she was with

After the remains were confirmed to be those of Ebby, the family released a statement on Wednesday.

The family released a statement on Wednesday saying: ‘The family would like to thank all of you who have supported efforts to find Ebby.

‘It has been through your support, many prayers and God’s strength that they have been able to make this journey.

‘Ebby’s story over the past 30+ months has touched many lives.

‘Many have seen the beauty in her eyes that revealed a deep passion and care for others.

‘So, it is only fitting that the search to find Ebby has sparked open conversations and brought a heightened awareness to missing children and young adults, the existence of sex trafficking, along with the need for improved policies and processes within the law enforcement community in these areas.

‘Her story has touched many in ways that she could not have ever imagined.’

A funeral will be held on Saturday at 2pm at Little Rock Christian Academy.