From a prison cell to the MCG: Ex-con Marlion Pickett makes debut for Richmond in Grand Final

From a prison cell to the MCG: Richmond rookie caps off his remarkable life turnaround as he is set to make his debut in the Grand Final

A rookie AFL player is set to make his debut on the sport’s biggest stage, capping a remarkable life turnaround after spending two years in jail.

Marlion Pickett, 27, will play his first AFL game for the Richmond Tigers in Saturday’s Grand Final against the Greater Western Sydney Giants at the Melbourne Cricket Ground.

Pickett will be the first player to debut in the the VFL or AFL Grand Final since Collingwood’s Keith Batchelor in 1952.

He was picked for the Tigers in the mid-season draft in May and called up for the final after Jack Graham was ruled out with a shoulder injury.

The achievement represents a remarkable turnaround for Pickett who spent two years in Wooro­loo prison for burglary from 2010 when he was 18.

Marlion Pickett, 27, will be the first man to debut in the sport’s biggest game since Collingwood’s Keith Batchelor in 1952. He is pictured winning the VFL last week 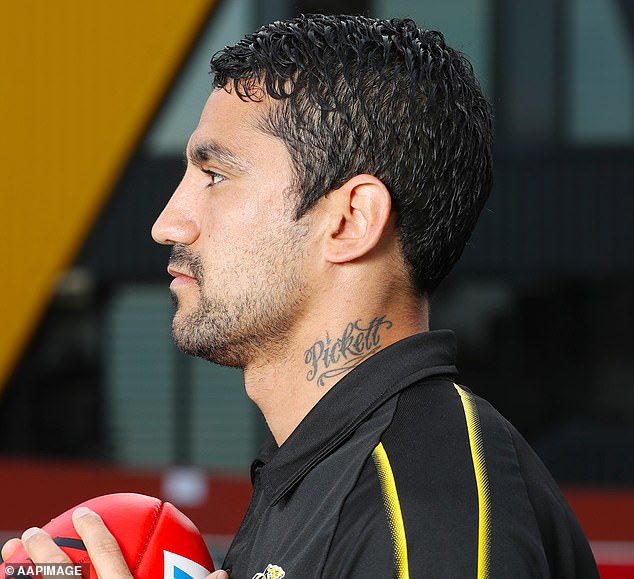 Pickett, who has his surname tattooed on his neck, said he was ‘pinching himself’ after getting the call up

Pickett, who used to play for WAFL club South Fremantle and has his surname tattooed on his neck, said he was ‘pinching himself’ after getting the call up.

‘I didn’t think my debut would come around this early but it has, and I’ll take it with both hands,’ he said.

‘Wherever I do play, I’ll give it my all and leave everything out there.’

Pickett, who won the VFL with Richmond last week, said his selection was a ‘dream’ and meant a lot to his family.

‘I just never gave up on my dreams.

‘It’s a big achievement. Not just for me but for my family as well. My family’s been on the journey with me, through thick and thin. This means a lot.’

Pickett has four children with his wife Jessica and his parents are flying from Perth for the game.

‘My dad’s scared of hopping on planes. He’s facing his fears, I guess I’m facing mine,’ he said.

‘I just like to do the team thing. If that means I’ve got to tackle, chase, not get a touch for a quarter, then that’s all good by me. 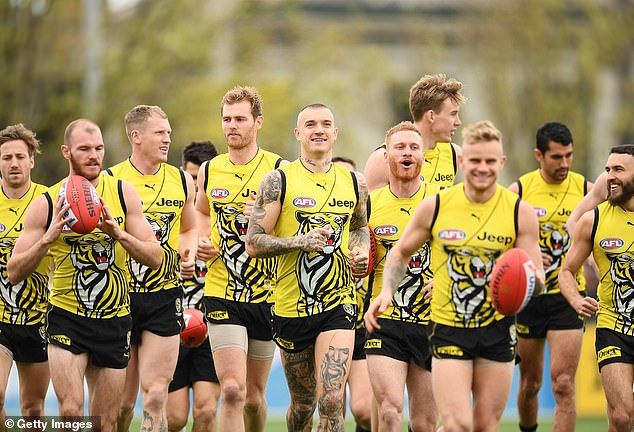 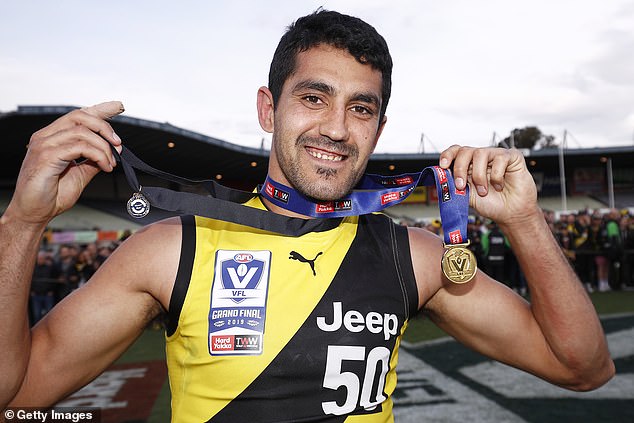 Pickett, from Manjimup in WA, said that jail was hard and helped him get back on the straight and narrow.

‘It was hard but it was a learning curve. If I didn’t go in there I might have got into worse trouble,’ he told the Herald Sun.

‘I have been honest with clubs. The past is the past and I can’t change what I have done but I can change who I have become.’

He said his brother was in the same jail and told him ‘you shouldn’t be in here’.

Pickett played football in jail and won ‘best and fairest’ player for his prison side.

While he was behind bars, his first son Marlion Jr turned one and his second son Latrell was born.

When he was released he joined South Fremantle’s WAFL reserves.

‘Most of us would crumble given you’re only recruited mid-season, your first game and this is the occasion,’ he said.

‘But our recruiters are of the opinion that he’s done things like this a lot through his football career.’ 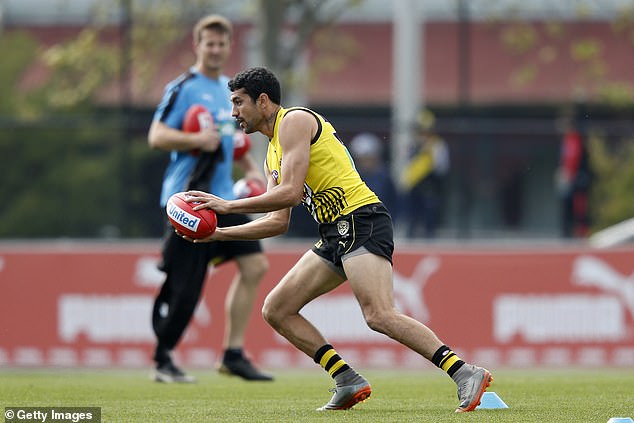 Pickett, who used to play for WAFL club South Fremantle, said he was ‘pinching himself’ after getting the call up