From Diego Maradona to The Best Of An Audience With 1980-2013: The best on demand TV to watch

The extraordinary, chaotic life of the late, truly great Argentinian is detailed in microcosm in Asif Kapadia’s compelling account of Maradona’s seven-year spell at Napoli, when his career peaked and he won league titles and a World Cup virtually single-handed.

The extraordinary life of the late Argentinian is detailed in Asif Kapadia’s account of Maradona at Napoli, when he won a World Cup virtually single-handed (see Hand of God goal, above)

Kapadia allows archive footage and interviews to tell the remarkable story – one of breathtaking goals, bone-jarring tackles and partying with the Mafia. Way more than just a sports biopic, it exposes Maradona’s public and private lives – a game of two halves. All4, available now

Those expecting a slice of Scandi darkness might feel a little cheated here, as this is actually set on an island in the Baltic Sea that is half German and half Polish. Usedom is the setting for this suitably gloomy five-part German series focusing on local chief inspector Julia (Lisa Maria Potthoff), who is investigating a fatal car accident from several years previously that may not be quite what it seemed. 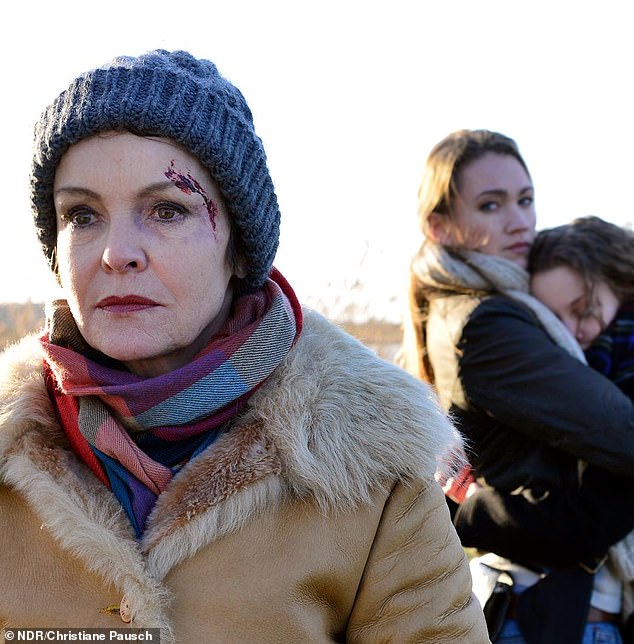 Matters are complicated by the unwelcome return of Julia’s former district attorney mother Karin (Katrin Sass) – she’s been in prison for six years for shooting her husband after finding him with a younger lover.

And then she starts to interfere in her daughter’s investigation. Walter Presents/All4, available now

One of France’s most successful TV exports, this terrific long-running crime show is set in the country’s capital, but it’s not the glamorous, sophisticated city of light that we so often see on screen in the likes of, say, Emily In Paris – Spiral typically plays out in the seedy suburbs, the gritty working-class banlieues.

Detective Laure Berthaud (Caroline Proust) lives for her job (while Emily can get through several outfits in a single day, Laure often wears the same clothes for days) and she and her team, with her redoubtable deputy Gilou, investigate murderers, drug dealers and terrorists. 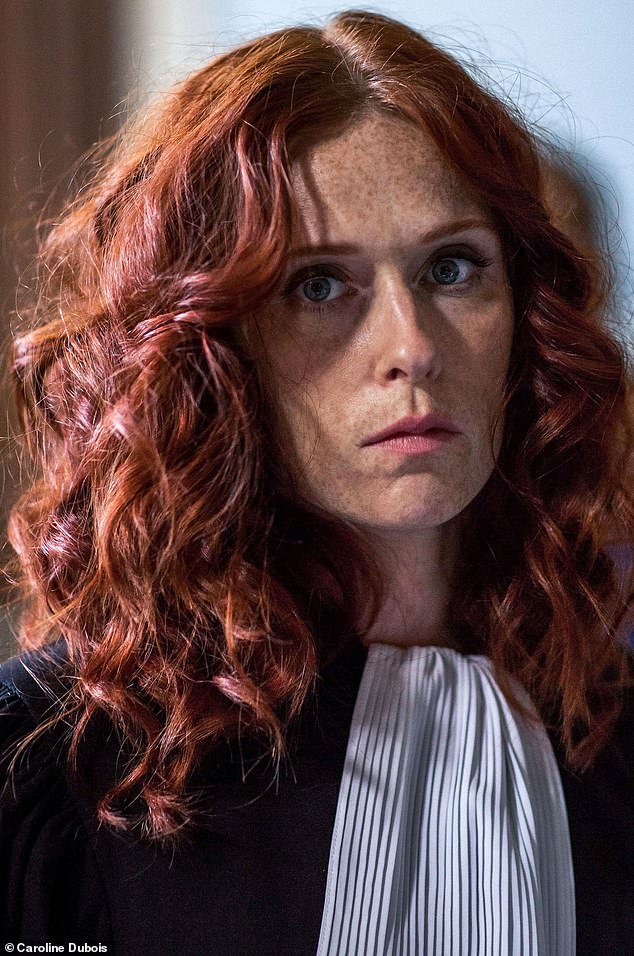 Their work is often hampered by bureaucrats and the legal process, and there are run-ins with internal affairs bods too. Also bending the rules is sultry but dodgy lawyer Joséphine Karlsson (Audrey Fleurot).

Do these French do things by the book? Je ne pense pas. BBC iPlayer, available now

Record-shop owner Jake (Jamie Sives) and his lawyer brother Max (Mark Bonnar) are driving home from a wedding when they run over and kill a pensioner outside his home. 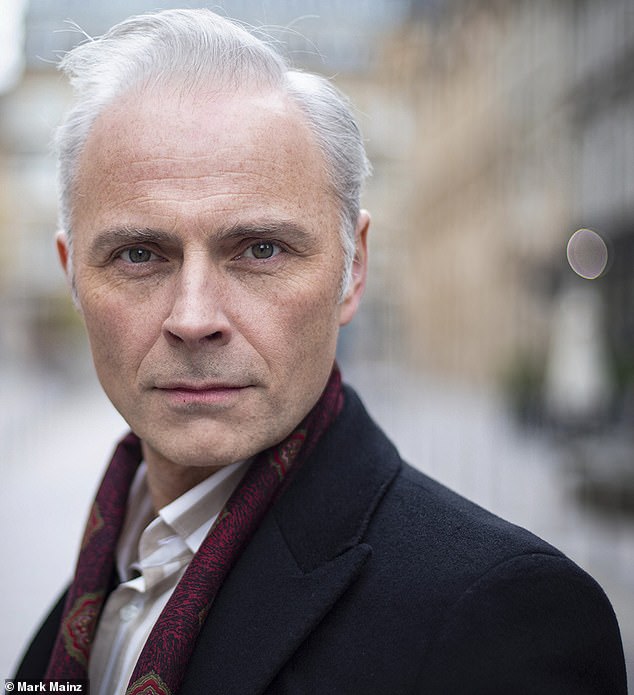 Record-shop owner Jake (Jamie Sives) and his lawyer brother Max (Mark Bonnar, above) are driving home from a wedding when they run over and kill a pensioner outside his home

They panic, carry the body into the house and do a runner. On the plus side, the deceased was terminally ill so, in a way, they’ve done him a favour. On the minus, Jake’s left his wallet at the dead man’s place.

This morphs from black comedy to something much more twisted. A dark delight. BBC iPlayer, available now

These days it feels as if almost anybody can be invited to make their own An Audience With… type of show, but there was a time when only the biggest showbiz names took part – it was an honour to be asked. 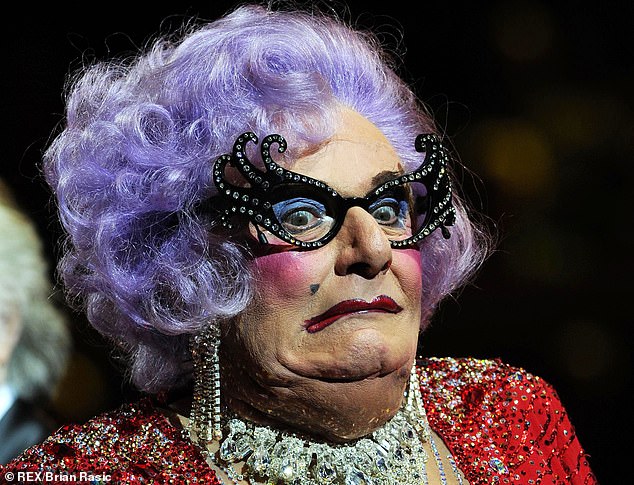 The performances are as wonderful as ever – an effervescent Wood and a manic, freeform Connolly are particularly brilliant – but spotting who’s in the crowd is almost as entertaining.

Expect to see faces that were familiar then but have since disappeared from view. BritBox, from Thursday

Aldous Huxley’s classic novel has been turned into an impressive, glossy, nine-part series – with a few tweaks. It focuses on a supposedly utopian society in which peace and harmony reign following the outlawing of monogamy, privacy, money, family and history.

Alden Ehrenreich, Jessica Brown Findlay, Demi Moore and Harry Lloyd star. If you missed the series during its recent run on Sky, make sure you catch the boxset instead. Sky/NOW TV, available now

Taylor Swift took fans by surprise last week when she announced that her concert film, Folklore: The Long Pond Studio Sessions, was landing on Disney+. Following on from her City Of Lover film earlier this year, Swift performs her latest album in full and reveals the stories and secrets behind each of the 17 songs.

The Cardigan hit-maker is joined by co-producers Aaron Dessner and Jack Antonoff, as well as Folklore collaborator Justin Vernon (Bon Iver), who features on the track Exile. Disney+, available now

The slick opening credits established the milieu – fast cars, glamorous women and locations, casinos, etc – to John Barry’s twangy, bassy, synth-laden theme music. It’s often rumoured that the two lead actors did not get on (there are frequent reports of Curtis smoking pot on set), though they later claimed that though they were very different people, their relationship was amicable. 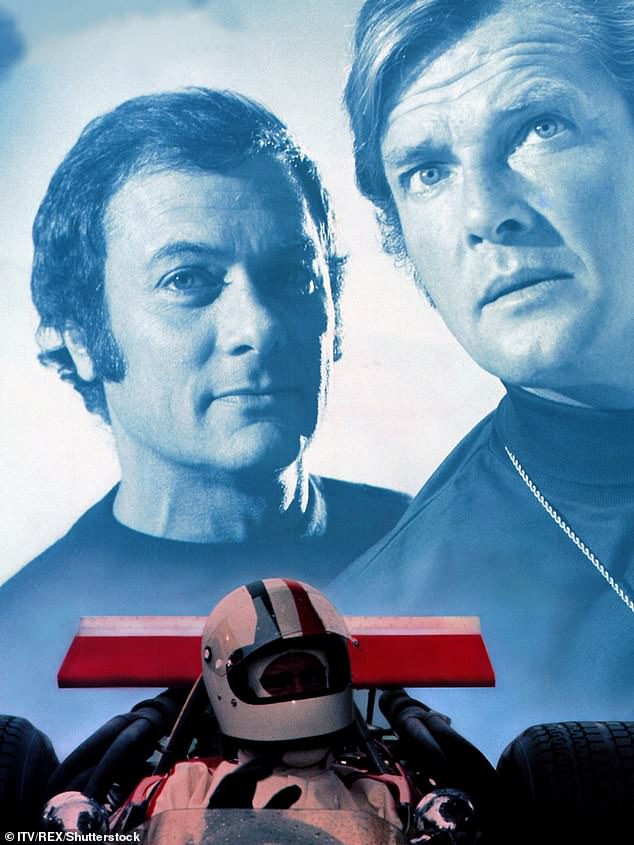 Producer Lew Grade’s show was a big hit in Australia, Spain, France and Germany, and it remains a slight, albeit un-PC, piece of escapism. BritBox, from Thursday

Robert Jekyll (Tom Bateman), grandson of Dr Jekyll, struggles to keep his inherited Hyde side in check in 1930s London as he gets involved with MIO, the sister agency of MI5 and MI6, set up to deal with supernatural threats, often in the form of a sinister organisation called Tenebrae.

First broadcast in a teatime slot, it caused a kerfuffle because it was violent and scary and parents complained. Then it was messed around with in the schedules and eventually cancelled. 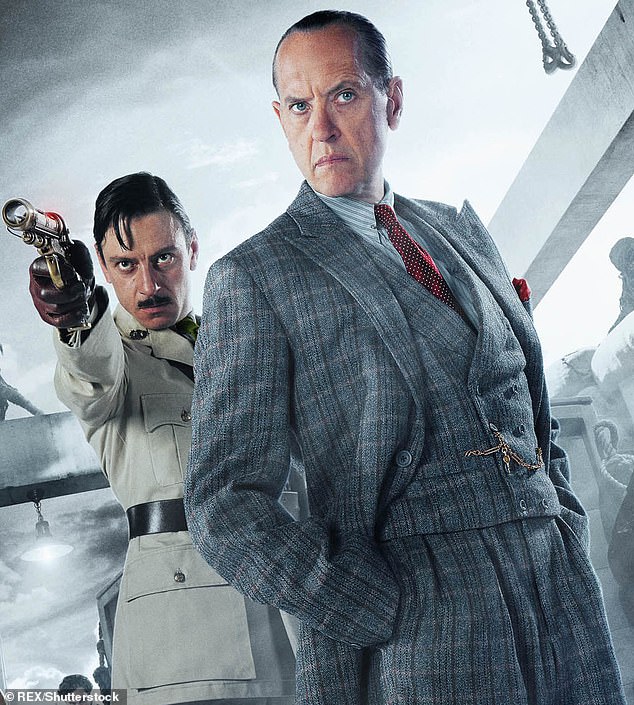 It’s an entertaining, frequently funny horror drama with high production values and Richard E. Grant (above, with Enzo Cilenti) is great as the chief of MIO

That’s a shame because it’s an entertaining, frequently funny (as you’d expect from creator Charlie Higson) horror drama with high production values and Richard E. Grant is great as the chief of MIO. BritBox, from Thursday

Ewen Leslie, familiar to British viewers from Top Of The Lake, The Luminaries and The Cry, takes the lead in a six-part satirical Australian series. The plot is inspired by a little-known, controversial period during which the British carried out nuclear testing in the Outback during the Cold War.

Leslie plays Second World War veteran Major Leo Carmichael, whose job is to keep a secret base operating smoothly, but his role is made difficult by his eccentric staff and a family of Aborigines who want to know more about the exploding clouds they’ve seen nearby… Acorn TV, from Monday

Why is there such a buzz about..?

The first, and most important thing, first. The Prom is a musical. You know, one of those films where people suddenly burst into song. So if that’s not your thing, move along.

But if it is, or if you’re just in need of some serious cheering up, then make a note to catch up with this barnstorming, infectiously joyous production, which is in cinemas now and on Netflix from Friday.

The Broadway musical on which this is based may have closed inside a year but this film version, supercharged by the awards-bait presence of Meryl Streep, Nicole Kidman and James Corden, and directed by Ryan Murphy, the man who created Glee, feels like it could run for ever.

Or certainly get us through Christmas. 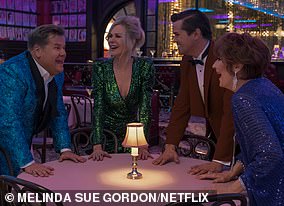 The plot is simple. In small-town Indiana a high-school prom is cancelled because the homophobic Parent Teacher Association won’t tolerate 17-year-old and openly gay Emma going with her girlfriend.

Meanwhile, in New York, a disastrous Broadway show closes on opening night, leaving its two self-absorbed stars suddenly out of work and in desperate need of some good publicity.

Like promoting tolerance and inclusion in the bigoted backwaters of Indiana.

It’s familiar territory but it works beautifully, helped by some great song-and-dance numbers, some wickedly funny lyrics and by the fact that, stepping up a level once again, Corden, channelling old-fashioned American camp, more than holds his own.