Even the greats sometimes have to call time on their international hopes – for Lionel Messi, the failure to win the Copa America Centenario seems to have been a step too far.

Messi and Argentina have stumbled in three finals in the last three years, while the Barcelona forward has also been openly critical of the Argentine Football Association over the last week. Combined, the two seem to have inspired Messi’s decision to potentially retire from international football.

At only 29 years-old, Messi seems young to give up the international game, but there are past examples. Sportsmail has found the players that may have given up on their countries too soon. 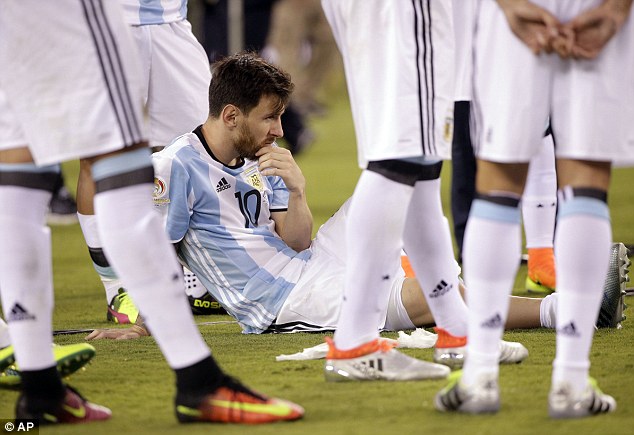 It represented a real blow for Messi and Argentina, who have managed to lose three finals in three seasons

There is a certain image to the English game, one that seemingly devalues central midfielders. In Paul Scholes, they had one of the best in the world available to them.

Scholes would be played on the left-wing. It was only natural after all. While he did play in the middle during the 2002 World Cup, by which point he was well established, he was eventually shuttled out-wide to accommodate Steven Gerrard and Frank Lampard.

After playing on the left in his last five matches, Scholes announced his retirement from international football in 2004. He said: ‘Euro 2004 was fantastic but afterwards I felt the time was right for myself and my family to make it my last England appearance.’ 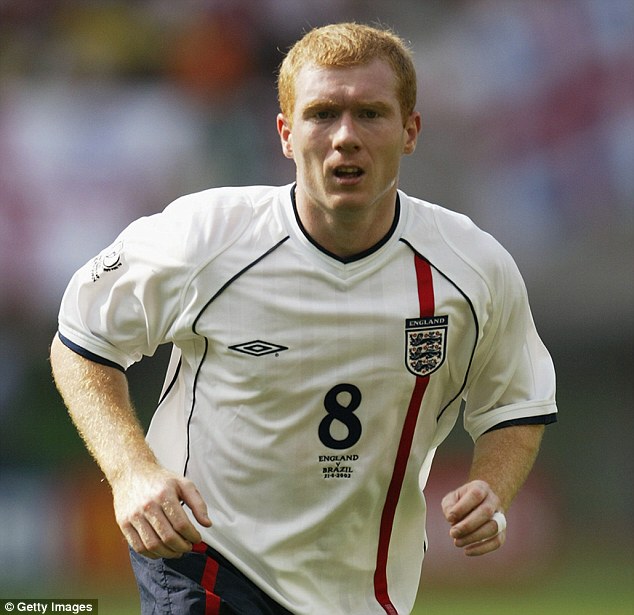 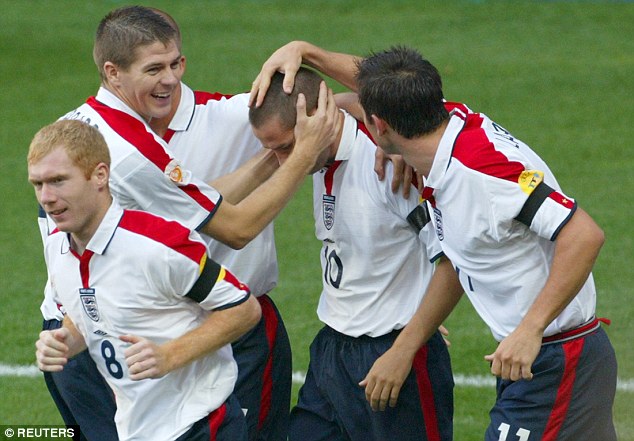 Cantona’s France career was always controversial – only a year after making his debut he referred to manager Henri Michel as a ‘bag of s***’ for dropping him from the national team.

He returned to the team shortly after Michel’s sacking, but would only play at Euro 1992 after a series of failures by the French national team to qualify for major international tournaments. Cantona missed out on Euro 96 due to the suspension stemming from the incident at Selhurst Park in January 1995 – Zinedine Zidane took his place in the side.

He would never win it back, and never played for France again. The former Manchester United forward said he would have delayed his overall retirement in 1997 if he had believed he had a chance of making the France squad, showing that he had taken himself out of contention. Cantona now supports England at most international tournaments. 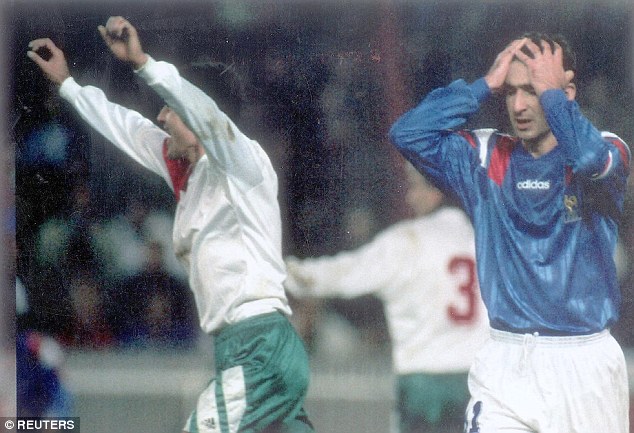 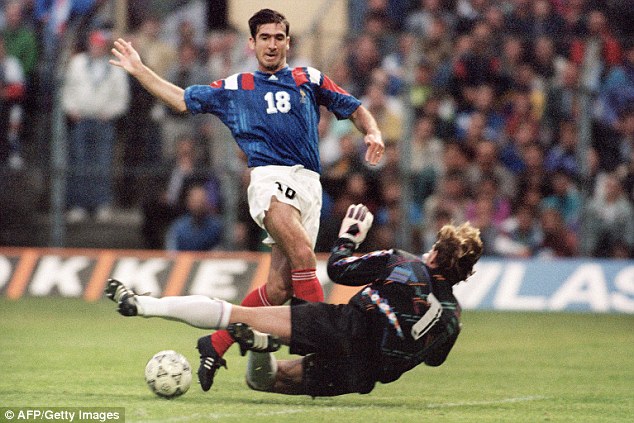 It’s not easy to come back from being blamed for a country’s failure to qualify for a World Cup. It’s even harder when the manager is the one who blamed you.

With France only needing a draw against Bulgaria to qualify for the 1994 World Cup, substitute Ginola played an overhit cross in the final minute. It allowed Bulgaria to counter attack and score, denying France qualification.

Gerard Houllier came out in the media and called Ginola the ‘assassin of the team’ and said he had ‘sent an Exocet missile through the heart of French football’. Ginola would play infrequently under successor Aime Jacquet, before playing for France for the last time in 1995, having moved to England and essentially unofficially taken himself out of contention for France in the process. 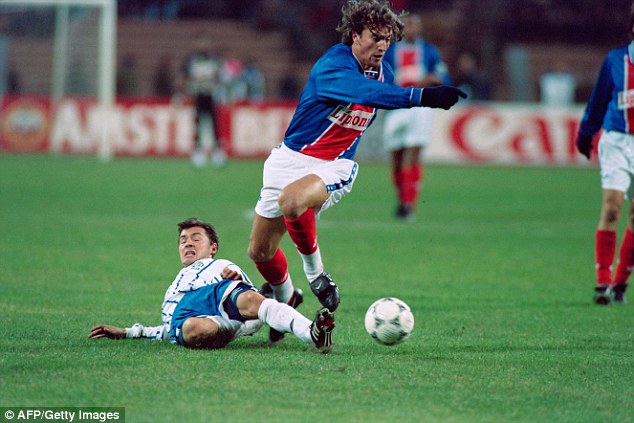 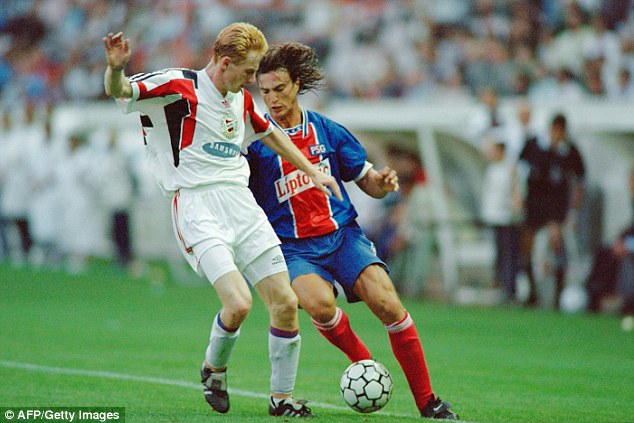 Mertesacker’s quality as a central defender was obvious from the start of his career – he was swiftly nicknamed die Abwehrlatte (the Defence Pole) in Germany. His debut for the national side came only two weeks after his 20th birthday against Iran.

By the build-up to the 2014 World Cup he was well established, but he lost his place in the side in favour of Jerome Boateng and Mats Hummels. A Golden German Generation needed a trophy to prove they could match up to the greats.

They got it, blitzing their way through the competition – including a stunning 7-1 victory against hosts Brazil. Mertesacker played a small part in the final, coming on as a 120th minute substitute as Germany beat Argentina. Following his nation’s success, he retired from the international game. 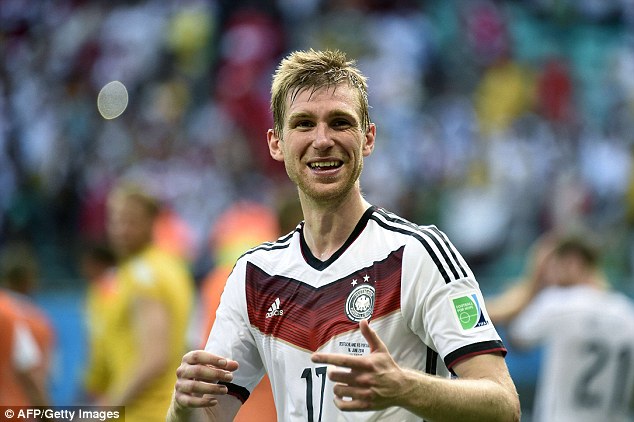 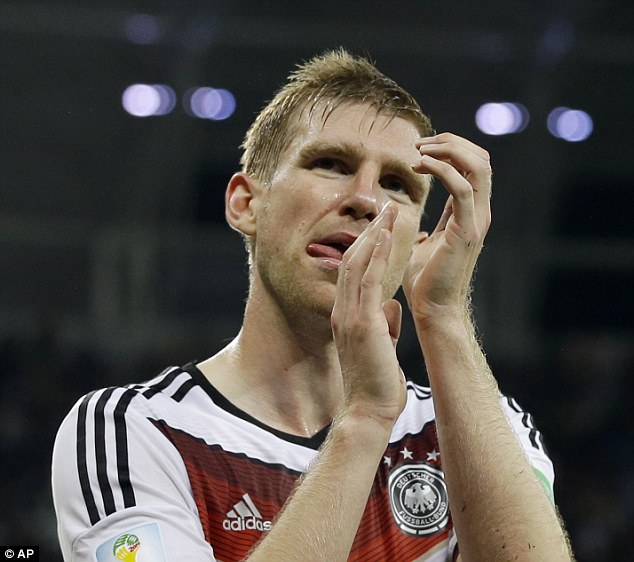 Another of Germany’s 2014 World Cup winning side to retire after the success in Brazil. Lahm played far more frequently at that competition than Mertesacker and captained the side, lifting the trophy after they beat Argentina.

It represented the conclusion to a long international career that truly began with Euro 2004. Germany were eliminated after the group stage but Lahm impressed, the one player to take any credit from the competition.

The tournament was the start of a great career for Der Mannschaft in which he played 113 times, becoming the youngest player to captain the team at a World Cup in 2010. 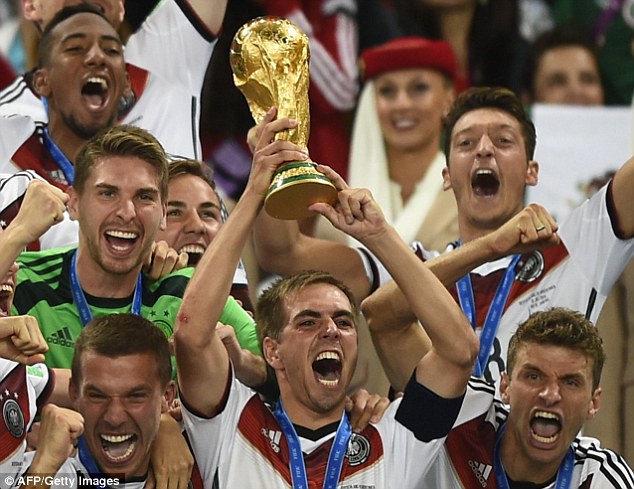 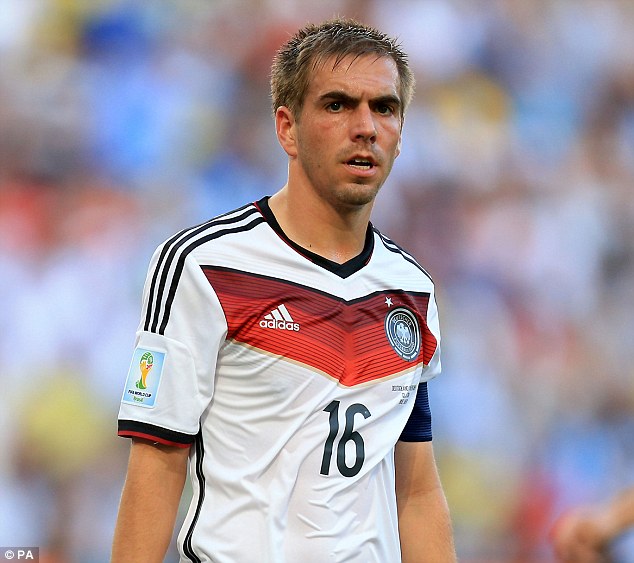 Lahm emerged at Euro 2004 – despite Germany being eliminated early, he impressed pundits and the media

Shearer outlined his potential importance to England as a player from the minute he pulled on the famous shirt – he scored 13 times in 11 games for the under-21 side, which still stands as a record. He was capped in February 1992 for the senior side against France, scoring in the process.

The consecutive disappointments of the 1994 World Cup, when England failed to qualify, Euro 96 and the 1998 World Cup weighed heavily on Shearer. By the time Euro 2000 rolled around, the captain had retirement on his mind.

England were knocked out in the group stage, despite beating Germany, and Shearer followed through on his promise to retire. He finished with 30 goals from 63 games – scoring the same number as Nat Lofthouse and Tom Finney. 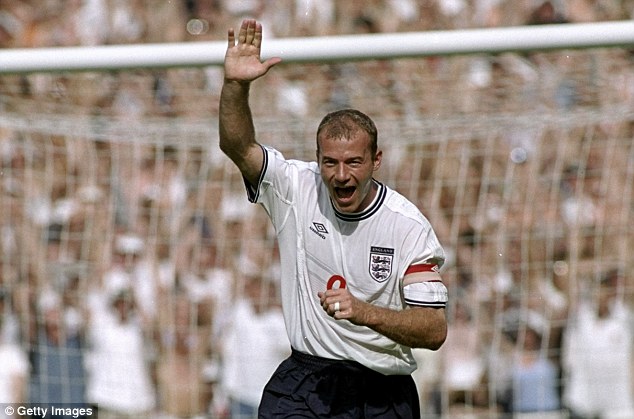 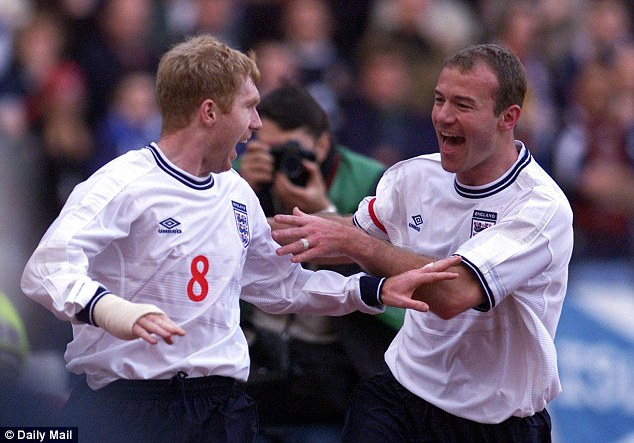 There is something about the French national team and controversy. On 20 June 2010, Ribery was wheeled out in front of the media and apologised for the team’s performances over the last two years.

It represented a nadir in his national career as France completely collapsed at the 2010 World Cup, the entire squad falling out with manager Raymond Domenech. He was forced to apologise again in 2011 for his behaviour the year prior.

Ribery recovered and played a role for France as they qualified for Euro 2012, but he missed out on the 2014 World Cup and then retired from the international game for ‘purely personal’ reasons. 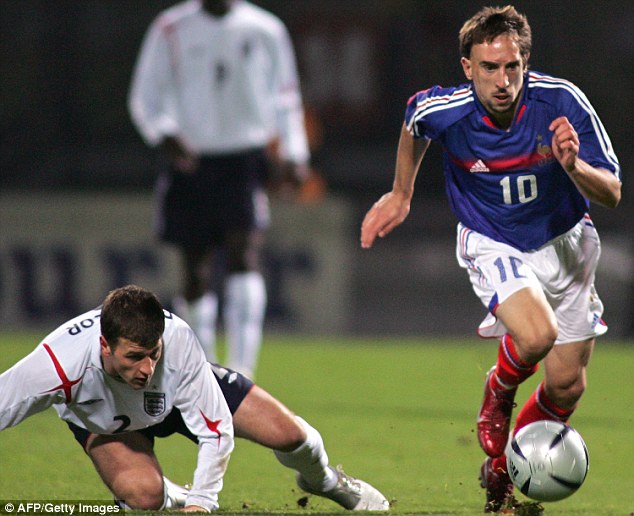 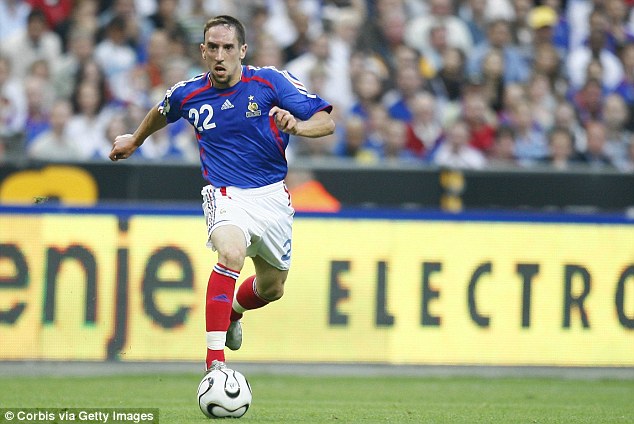 It may seem a bit ridiculous to suggest that someone who retired from international football at the age of 34 retired too soon, but Maldini played club football for another seven seasons after quitting the national team.

That was at a decent level too – in his last game, Maldini helped AC Milan qualify for the Champions League by finishing third in Serie A. The hammerblow seemed to have come when Italy were knocked out of the 2002 World Cup by South Korea in controversial fashion, conceding a golden goal to the hosts.

Maldini may have come to regret his decision. Only four years later Italy won the World Cup in Germany. 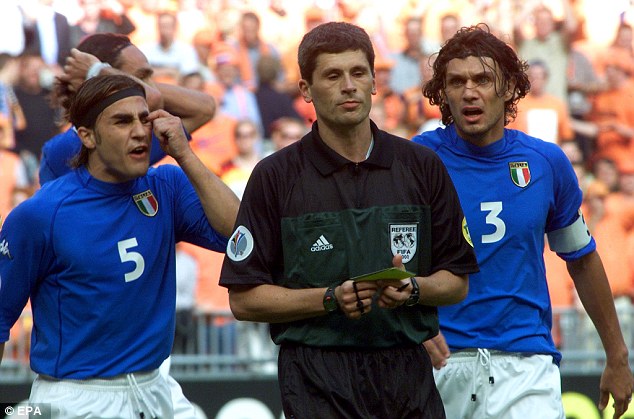 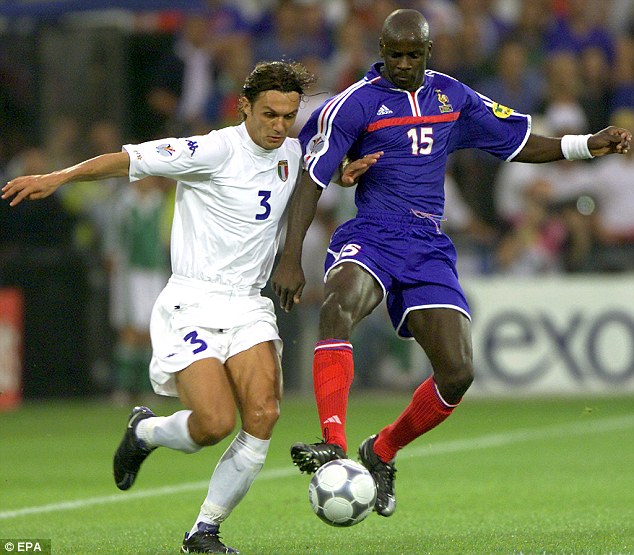 One of those who did stick around for the 2006 World Cup was Francesco Totti. Totti had suffered a spate of injury issues but managed to recover in time, with manager Marcello Lippi telling him he would have a place in the squad.

He played in Germany with metal plates in his ankle, featuring in every one of Italy’s seven games including the final. It was the glorious end to a glorious international career, capped off by lifting the trophy after Italy won on penalties.

Totti said he would retire after the World Cup but waited to make a decision. It took over a year for him to announce that he was done with the national team. 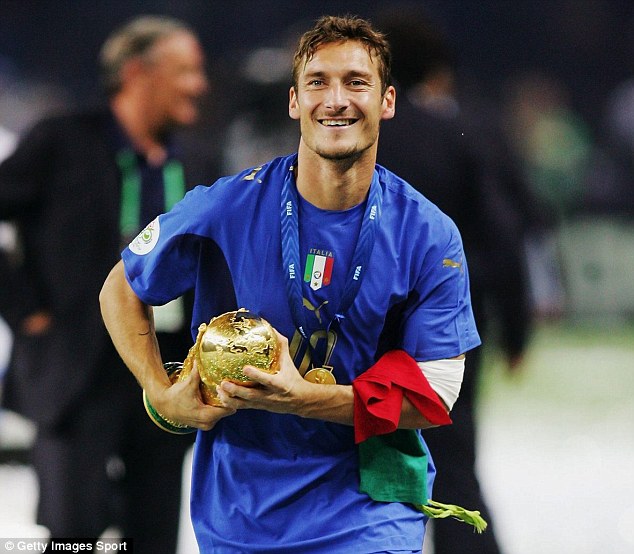 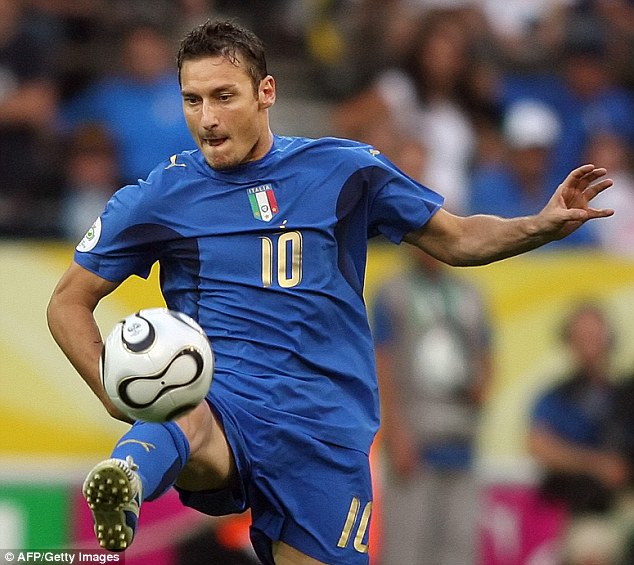