From Sarah Paulson in Ratched to High Fidelity and Happy Valley: The best on demand TV this week

The classic 1975 film One Flew Over The Cuckoo’s Nest gave us one of the screen’s great villains in Nurse Ratched, the cold-hearted tyrant who rules her psychiatric wards with a rod of iron and makes Harold Shipman look like a model healthcare professional. Now this eight-episode drama gives us her back-story.

This eight-episode drama gives us the back-story to One Flew Over The Cuckoo’s Nest villain, Nurse Ratched. Set in 1947, Ratched stars the always excellent Sarah Paulson in the title role

It’s 1947 and the enigmatic Mildred Ratched (Sarah Paulson – excellent, as ever) is determined to get a job at a particular mental hospital. Visual and musical references to Psycho and Cape Fear suggest the lunatic may be about to take over the asylum. The terrific cast also includes Sharon Stone, Cynthia Nixon and Judy Davis. Netflix, from Friday

Another good week for Adam Pålsson’s profile as the Young Wallander star pops up in 2018’s pacy, Swedish eight-part drama Dirigenten under a rather more colourful title. Pålsson – delivering dialogue in English, Swedish and very credible Russian – plays Tom Blixen, a fresh-faced investment banker who tries to revive his flagging fortunes by stitching up a deal involving a ramshackle oil company. 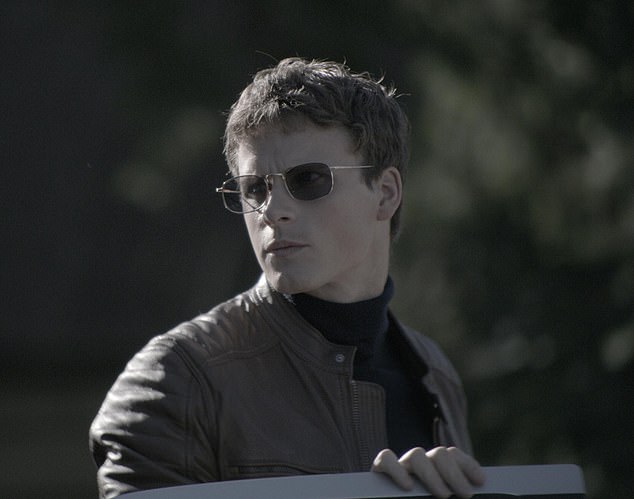 It’s 1999, when oligarchs and corrupt politicians rule the Wild East and chaos is the new normal. Despite warnings, Blixen plunges into this shady world, with deadly results… Walter Presents/All 4, from today

The first series was a huge success thanks to its gripping premise – each episode takes place within the confines of a police interview room. It’s a tense and intimidating environment, and a gift for actors who love dialogue they can really get their teeth into. The second run sees Kit Harington, Kunal Nayyar, Sharon Horgan and Sophie Okonedo as the suspects with plenty to say. Katherine Kelly and Lee Ingleby return as the interrogators. Netflix, from Wednesday

The BBC’s Storyville strand has been bringing viewers moving, gripping, disturbing and amusing documentaries from across the globe for more than a decade. Many are now available to stream, including a five-part profile of O. J. Simpson and an insight into the terrors of Tiananmen Square. 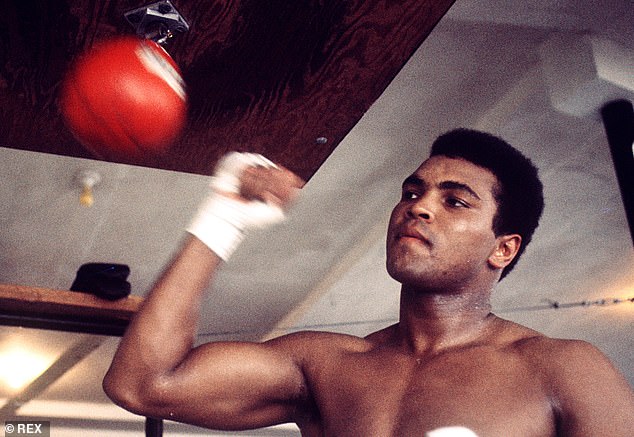 Many of Storyville’s gripping documentaries are now available to stream, including a profile of O. J. Simpson and the Oscar-winning When We Were Kings, about Muhammad Ali (above)

Sports fans will be interested in the Oscar-winning When We Were Kings, about Muhammad Ali and George Foreman’s Rumble In The Jungle; Closer To The Edge, which looks at the 2010 Isle Of Man TT race; and The Two Escobars, an insight into the murder of Colombian footballer Andrés Escobar in 1994. BBC iPlayer, available now

We’re returning to Isla Nublar for this eagerly anticipated animated adventure co-created by Steven Spielberg. It’s the most dangerous island on the planet, populated by dinosaurs that always seem to be hungry, so it’s the obvious place to build an adventure camp for youngsters, right? Now six teenagers there are about to embark on a terrifying experience and must use the survival skills they’ve learnt to stay alive. Netflix, from Friday

Alongside his trademark tales of family life, McIntyre, in his first Netflix special, regales viewers with anecdotes from his travels – the gig was shot a couple of weeks before lockdown on his return from a world tour. Highlights include how he avoided a shark attack in Australia, his struggles with the New Zealand accent and observations on the difference between British audiences and American fans. Netflix, from Tuesday 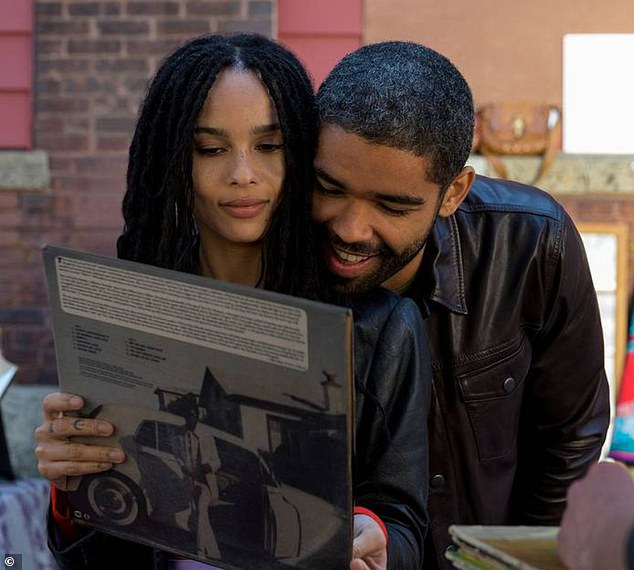 In this charming, ten-episode TV version of Nick Hornby’s bestseller, music nerd ‘Robyn’ is played by a woman, Zoë Kravitz (above, with Kingsley Ben-Adir)

If you can get past the unlikely premise that Kravitz has been dumped by a succession of partners, this is a charming, romantic, funny adaptation of Hornby’s story. It has a fabulous soundtrack and a break-out star in Da’Vine Joy Randolph as Robyn’s friend, Cherise. Starzplay, available now

Paris Saint-Germain was formed as recently as 1970 and now, as it celebrates its 50th anniversary, this four-part documentary series takes viewers behind the scenes to find out how its staff and players dealt with mounting pressure as they progressed to the latter stages of the Champions League. Amazon, from Tuesday

This spin-off from Curtis ‘50 Cent’ Jackson’s crime drama picks up the story days after its sister show’s finale. Michael Rainey Jr. stars as Tariq, who is desperate to escape his father’s criminal world.

But attending an Ivy League university while supporting his family – including his mother, who needs a lawyer to get her off a murder charge – isn’t cheap. To pay for it, Tariq becomes embroiled with a gangster family. Clifford ‘Method Man’ Smith and Mary J. Blige co-star. StarzPlay, available now

Roger Ailes drove Fox News to be the most viewed news station in America. He was also a serial sex offender. In total 23 women came forward to allege incidents of sexual assault during their time there. This film is the story of three of them. 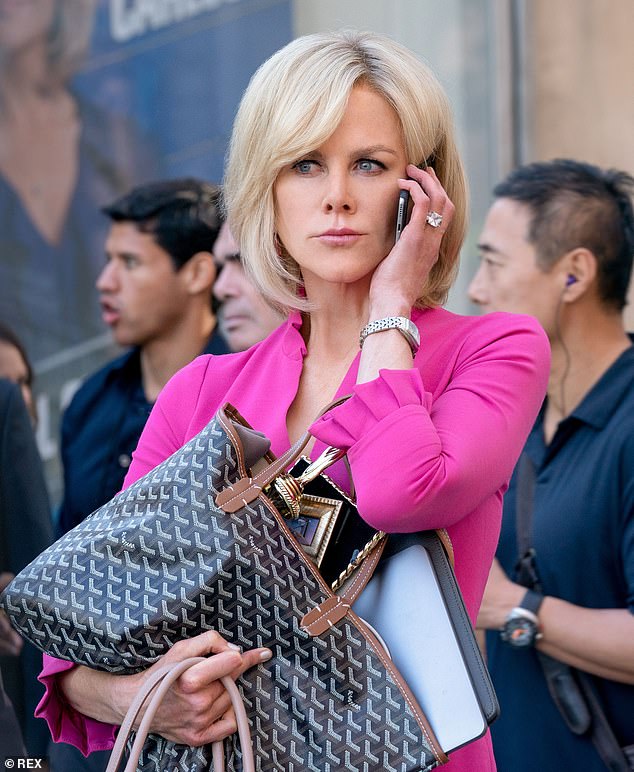 Nicole Kidman is brilliant as news anchor Gretchen Carlson, who starts the dominos toppling after claiming she was fired for refusing Ailes’s advances. Margot Robbie plays a fictionalised young reporter targeted by the CEO, but Charlize Theron is career-best as Megyn Kelly – all quiet, steely dignity. Amazon, from Friday

Following their success with Last Tango In Halifax, star Sarah Lancashire and writer Sally Wainwright teamed up again for this gritty police drama, in which Lancashire delivers the performance of her career as police sergeant Catherine Cawood, a no-nonsense divorcee struggling to come to terms with her daughter Becky’s suicide. 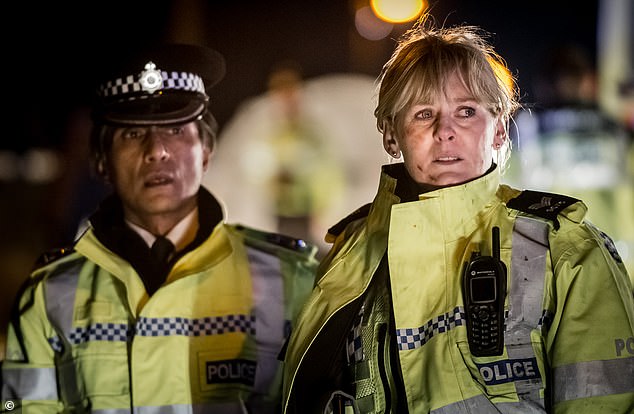 Sarah Lancashire (above, with Ramon Tikaram) delivers the performance of her career as police sergeant Catherine Cawood in this gritty police drama

She’s raising Becky’s son Ryan, with help from her recovering alcoholic sister, when the lad’s father, evil Tommy Lee Royce, is released from prison. Catherine is desperate to keep the pair apart, but fate seems destined to bring them together. James Norton co-stars in his breakthrough role as Royce. Series 1&2, BritBox, from Thursday

Best pals Ewan McGregor and Charley Boorman are getting their motors running and heading out on the highway once again. It’s more than a decade since their last motorbike tour, so they’re throwing themselves into an epic trip that covers 13,000 miles in more than 100 days, taking in 16 border crossings and 13 countries, including Argentina, Chile, Bolivia and Mexico. The ecologically conscious out there needn’t worry either – the lads are riding prototype electric Harley-Davidsons. Apple TV+, from Friday

The Fast Show: Just A Load Of Blooming Catchphrases

New material and old favourites feature in this hilarious tribute to the much-loved sketch show, which began its run back in 1994 and remains one of the funniest programmes ever to grace our screens. 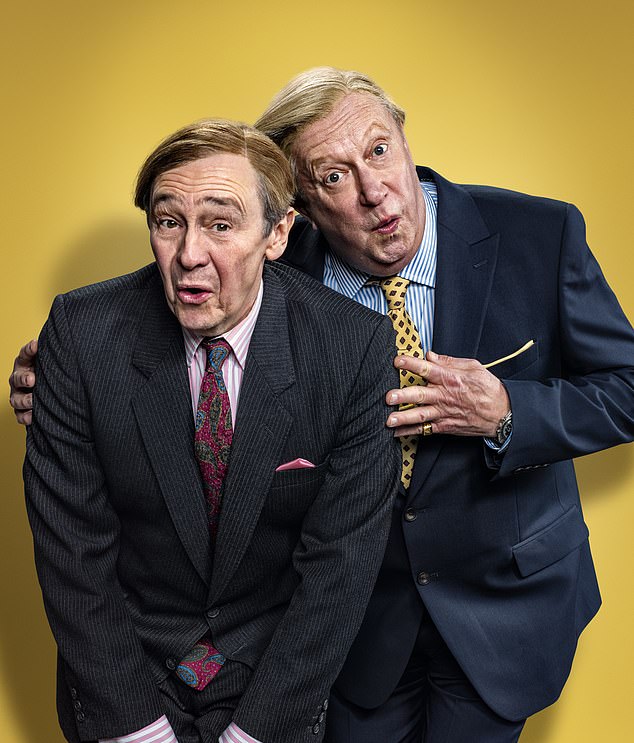 Popular characters including Swiss Toni, Dave Angel and Rowley Birkin QC all return, and you don’t have to be very, very drunk to enjoy them. Cast members Paul Whitehouse and Mark Williams, Charlie Higson, Arabella Weir, John Thomson and Simon Day are on hand with anecdotes, including touching remembrances of their much-missed colleague Caroline Aherne. Sky/UKTV, available now

The Crimson Petal And The White

A 2003 offering from Bong Joon-ho, director of Oscar-winner Parasite. Two bungling local detectives try to track down a vicious serial killer. Maybe the cool, handsome inspector from Seoul will be more successful. Curzon, from Friday 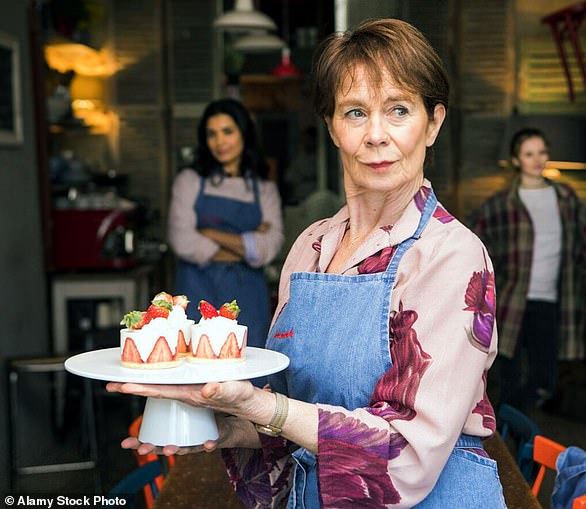 Shannon Tarbet is Clarissa, a young dancer who aims to open the bakery her late mother dreamed of. She gets help and money from Celia Imrie (above) in Love Sarah

Shannon Tarbet is Clarissa, a young dancer who aims to open the bakery her late mother dreamed of. She gets help and money from Celia Imrie. Sky Store, from Monday

Waiting For The Barbarians

Based on J. M. Coetzee’s 1980 novel, with Mark Rylance as a sensitive magistrate on an imperial frontier and Johnny Depp and Robert Pattinson as sadistic military policemen. Most platforms, from Monday