From sheep to chic… why the country set are so now!

Could a 30-year-old waxed jacket and waterproof boots really be the height of fashion? Don’t knock it – those savvy rural folk can teach us all a thing or two about style, says Edwina Ings-Chambers

When I think about a fashion icon, I wouldn’t automatically think about my sister-in-law Lucy. She has had the same Barbour jacket for 30 years. A pair of her wellies has clocked up at least 15 years of dedicated service, while her ‘best’ pair have just celebrated their fifth birthday. Meanwhile, I’ve had trainers that have worn out in a season.

Yet in comparison to me – an avid follower of fashion – I think that Lucy inherently understands the value of clothes, particularly those that stand the test of time.

The reason? She’s a country dweller. And when you look at country kit, it’s self-evident that it’s one of the most environmental routes to getting dressed you can take. This stuff is built to last. Styles hardly change, production values are rigorous, and many firms offer a repair service to extend the life of their clothing for as long as possible. Try finding that in your average fashion boutique. That’s likely why The Queen is so comfortable in it – and why it’s also very much part of the style of the Duchess of Cambridge – because this is about clothes doing their duty and giving loyal and steady service.

At its heart, countrywear is a technical product, built for purpose. And at a time when 300,000 tons of clothing end up in landfill each year, we should be advocating the brands that promote re-wearing and mending the clothes we already own.

Looking a little worn, even weather-beaten, is part of the country style. As social commentator and fashion pundit Henry Conway points out, ‘It’s part of the style, because a toff look was never too “done” anyway.’ He knows of many people, himself included, who still wear some of their grandparents’ kit. What’s more, he appreciates the ‘honesty to country clothing that I think is reflected in the prices. Even high ranges aren’t silly fashion prices.’ Plus, he adds, ‘there’s a gentleness to country life which means that you don’t want things to change too quickly.’

Country chic has been on a fashion trajectory in recent years, ever since the 2015 launch of the private club Soho Farmhouse in the heart of the picturesque Cotswolds and the ubiquity of the celebrity country dweller (think the Beckhams or Guy Ritchie and model wife Jacqui Ainsley). A cooler, younger crowd has brought an edge to rural dressing – the types who might opt for a Belstaff Trialmaster over a Barbour, Ariat Rambler boots, or maybe even Ugg slippers worn outdoors à la Stormzy.

Of course, we don’t want to spend our whole time in waxed cotton and boots. But the notion that our clothes should be built to last as well as look good – and that the people who make them can even help in the maintenance process – is surely a good basis that every clothing brand should be built on. Here are some of the names to know… 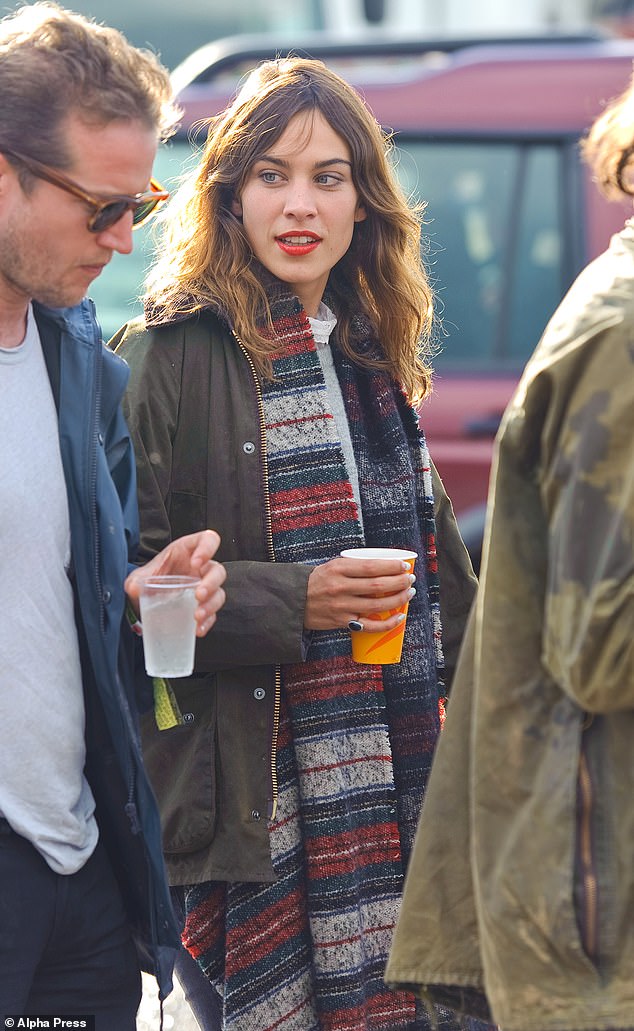 Alexa Chung in Barbour at Glastonbury

The label’s world-renowned waxed cotton jacket is a stalwart of the country wardrobe. Practically a national treasure, it’s a brand that holds three royal warrants as a manufacturer of waterproofs and protective clothing and also courts a more fashion-conscious crowd – its current collaboration with Alexa Chung has been a great success.

Longevity has always been at the heart of its ethos, while the renewable and sustainable waxed cotton that it uses remains one of the toughest fabrics available on the market. The jackets are so durable that the oldest one the company knows of – ‘Uncle Harry’s’ – was bought in 1911, and having been passed down through the family, was still providing sterling service well into the 90s (though it has now been archived).

Barbour is well known for its repair service, which is carried out in its factory in South Shields (currently given over to producing PPE). The company also sells over 100,000 tins of wax globally every year for home re-waxing.

Another ‘keep it-for-a-lifetime’ label, outdoor clothing company Schöffel is known for its hard-working gilets, which can be worn at a shoot, under a smart jacket to keep warm, thrown over a shirt for a spring walk or even used as a blanket or pillow when travelling. If you prefer not to go the fleece route, then last year it introduced its technical Aerobloc lambswool version, which is still machine washable. The brand also offers a repair service on items that are most exposed to the elements, such as gilets and jackets. 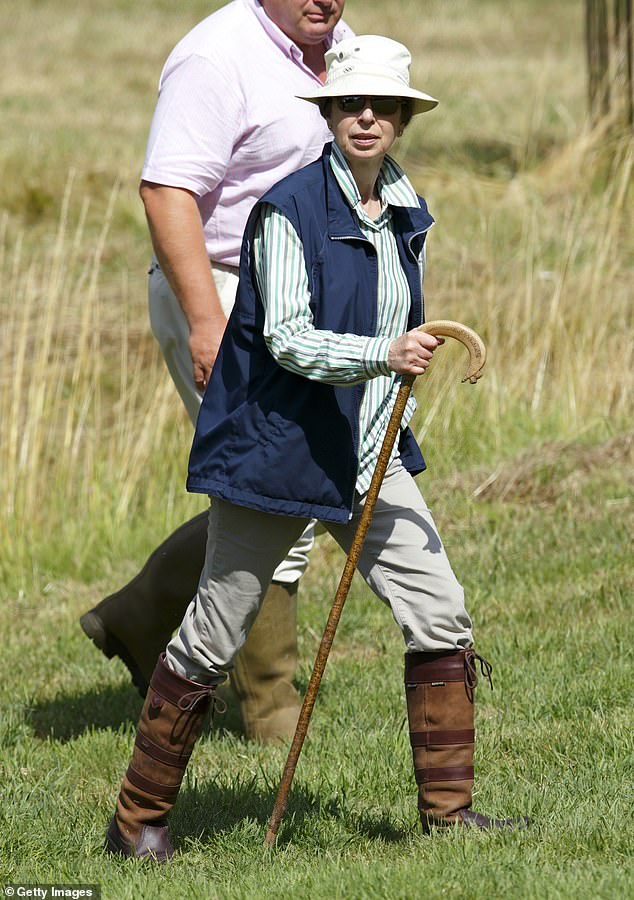 Flexibility is key to Irish rural brand Dubarry. Its many timeless, unisex products appeal across the age spectrum – its boots and jackets are beloved by both the Duchess of Cambridge and Princess Anne – and it often creates pieces in navy and black which are traditionally smarter in a town setting.

Nowadays, Dubarry is particularly famed for the waterproof leather Galway Country boot, created in the 90s. Though the style has remained the same, it has been updated technologically to ensure it lasts longer with a direct-injection moulded method of manufacture, where hot liquid polyurethane is inserted between the rubber outsole and leather upper for durability. The company offers a refresh service for its waxed jackets. 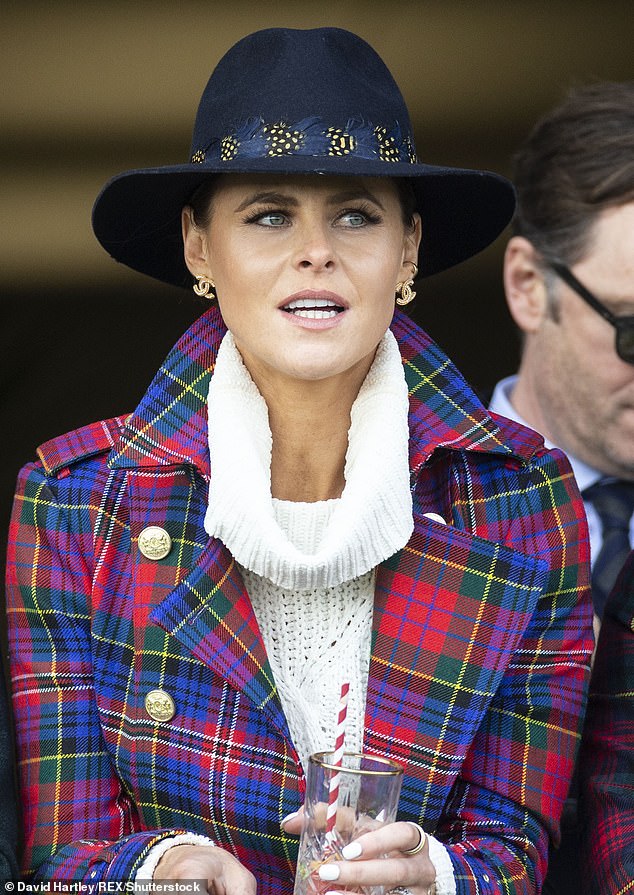 Jade Holland Cooper is a stylish ambassador for her own label

This is another label successfully blending rural and city style with must-have pieces such as jodhpur jeans, neat blazers and bestselling capes and trench coats. Founder Jade Holland Cooper is British fashion royalty: married to Julian Dunkerton, the co-founder of Superdry, she’s become an Instagram star for her brand (44,000 followers and counting), and can count Zara and Mike Tindall as loyal customers.

Her British-made tailoring is inspired by her own childhood in the countryside and an interest in fashion. She pulled out of the London College of Fashion to go to agriculture college – before also dropping out of that when she realised there was a gap in the market for country clothes with a more urban touch.

‘I’m not chasing trends,’ she says. ‘This is about creating a product for a woman who lives a certain lifestyle and will suit it this year and in ten years’ time. It’s all produced the old-fashioned way – hand cut – and with such care and attention.’ Though the brand doesn’t officially offer a repair service, it is big on customer service (that ‘personal touch and going the extra mile’), but it’s more on a case-by-case basis.

Countryside Instagram influencer Lady Alice Manners – one third of the Manners sisters, three aristocrat socialites who hail from Belvoir Castle in Leicestershire – is a big fan of the stylish Italian label Brunello Cucinelli, where a fancy tweed, leather gilet or knitwear is seriously desirable stuff. Its factory is home to skilled workers who are dedicated to updating preloved clothing for clients and restoring pieces, an essential part of Brunello seeing ‘mending as the value that extends the life of things’. 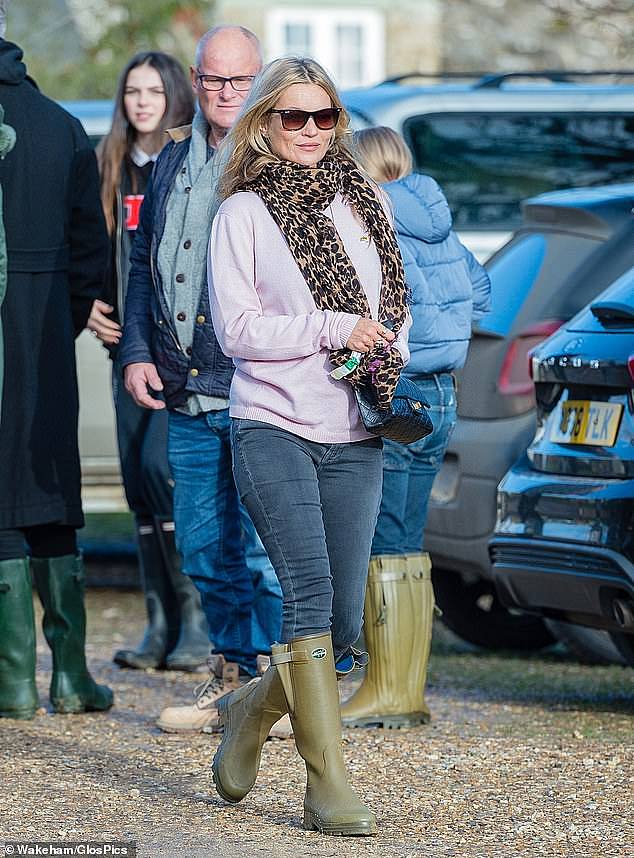 Le Chameau boots – both the bestselling Jameson quilted leather (as worn by the Duchess of Sussex) and the Chasseur Neoprene varieties – are very much socially acceptable country kit. Head of production and sourcing Alexandra Doubleday describes the boots as ‘professionally sustainable, not fashionably disposable. Our products are iconic, classic and functional – there is a real quiet power about being consistent,’ she says. They are designed to last and you should expect to get anything up to 15 years out of them, though the company knows of boots that have lasted for 27 years. And of course it offers wellington boots too, which nowadays are just as at home on a country walk with the labrador as on the feet of the fashionable crowd at Glastonbury. 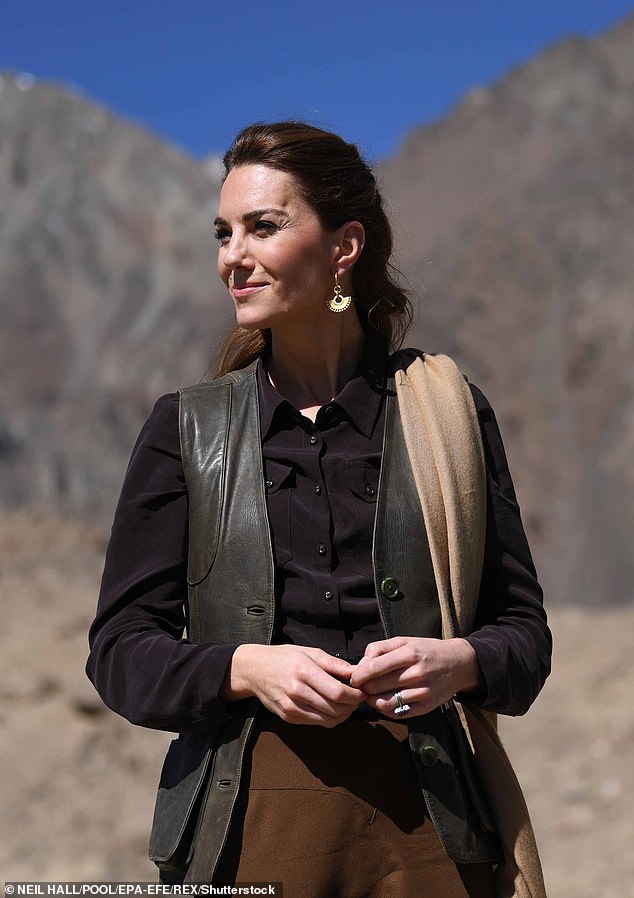 The Duchess of Cambridge wore Really Wild Clothing in Pakistan

This is another brand much loved by the Duchess of Cambridge, who wore some of her older, classic pieces on the October 2019 royal tour of Pakistan (a leather nubuck gilet and her chocolate suede La Mancha boots). Founded in 2002, with its first shop at the Royal Berkshire Shooting School, and later modelled by Kate at Blenheim Palace, Really Wild Clothing is an easy mix of rural and city style. The brand has a go-anywhere, do-anything approach to dressing, all of which ‘is meant to fit seamlessly into your wardrobe season after season so you’re acquiring a collection over the years that you’ll keep,’ says founder Natalie Lake.

Quality is at the brand’s core, with pieces made in small batches from limited runs of fabric (with no waste), so there’s an element of exclusivity about prints. And those La Mancha boots, which are waterproof and handmade by artisans in Spain, are built to last. Many customers tell the company they’ve had the same pair for 15 years (and, where reasonable, the brand can help with repairs such as replacing zips).

Underneath the wax jackets and tweed you’re likely to find plenty of Brora cashmere too: hoodies and jogging bottoms on the youngsters and more classic jumpers and snuggly cardigans on their mothers. Brora is very much a ‘nought to 90, all the family’ brand, says founder Victoria Stapleton. It has expanded into linen and silk pieces, and Liberty-print designs too. ‘Slow fashion is something we promote big time – we love it when people tell us stories of the Brora pieces they’ve had for 20 years.’