From the coffee you drink to the trainers you wear: What the new snobs are sniffy about

From the coffee you drink to the trainers you wear: What the new snobs are sniffy about

By Bella Younger For You Magazine

If you roll your eyes at Love Island, sneer at people’s choice of trainers but couldn’t care less how they hold their knife and fork, it’s because, says comedian Bella Younger, you’re a firmly stuck-up, modern-day snob.

Brits invented snobbery. We have cultivated it, nurtured it, and now it seems it has very much evolved. Airs and graces are for the out of touch, and anyone who isn’t Nicky Haslam would tell you they haven’t a snobby bone in their body.

Still, even though we wouldn’t care to admit it, everyone is snobby about something. My best friend’s mother thinks it’s wrong to keep tomatoes in the fridge, and my brother once threatened to call Childline when he saw our plastic Christmas tree, but if I were to accuse either of them of class prejudice they’d have my head.

Old snobs would never wear heels to the Polo

I grew up surrounded by textbook snobs. At school I learned that white shoes are ‘a bit Essex’ and that calling a sofa a settee was a crime. Getting a job in media was a wake-up call – suddenly, being a toff was tragic. Quite rightly, no one gave two hoots about my opinion on Aga colours.

Working at the BBC, I was desperate not to alert anyone to my background (my grandfather was a secretary of state under Thatcher and my family are the last Tories in Scotland). I thought I’d got away with it, too, until a producer asked me whether I could shoot at the weekend. I said, ‘Yes, my father has an estate in Scotland.’ He said, ‘I meant can you use a camera?’ I never lived it down.

The snobbery of old feels out of touch – it’s for Hyacinth Bucket or your least favourite great aunt. Now we all love Meghan, Eugenie is posting memes on Instagram and it’s far more exciting to see the Clooneys at a wedding than anyone with a triple-barrelled surname.

The old school are members of Whites. No matter that it still doesn’t admit women. We wouldn’t interrupt their coffee mornings

They’ll opt for a labrador– faithful, loyal, good around guns.

They wouldn’t be caught dead wearing heels at a polo match – they need their flats to enjoy the tradition of divot stomping.

They believe pizza is to be eaten in Italy or at the very least made by an Italian.

The new gang hang out at Soho House, which doesn’t allow suits or ties and is so ‘laidback’ it almost didn’t insist on a dress code.

They are most likely to say, ‘Please get a photo of me in my Loubs underneath the Cartier flower wall.’

They reckon the best pizza is a hybrid of myriad flour types, but as long as you say sourdough a lot it’s probably good.

However, just because we’re no longer judging people on how they pronounce their vowels doesn’t mean that snobbery isn’t alive and well. It’s the act of making arbitrary distinctions. Whereas before you’d be judged on what you did and didn’t have, now you are judged by what you decide to do. For example, the modern snob will judge you on the coffee you drink, which pizza crust you favour and which trainers you wear before they ask you where your parents sent you to school. Don’t be fooled by the apparent meritocracy. Snobbery is still thriving, it’s just got more specific.

My food-snob friends won’t eat meat from the supermarket – they prefer independent butchers – while the book snobs sneer at my penchant for young adult fiction. And don’t get me started on an evening out with a burger snob (what’s wrong with Five Guys?).

Front rows are no longer for aristos; the new elite are rappers and reality stars

Modern snobs are defined by their choices rather than their birthright and they want to make it very clear that their choices are the right ones. The modern snob watches reality TV – but it’s Strictly, never Love Island. They go to festivals – only Glastonbury, not Reading. What you like or dislike says a lot about you, but your Nike Flyknits are more revealing than how you hold your knife and fork.

Club snobs used to be separated by whether they went to Boodle’s or Whites, but nowadays a membership at the Groucho Club or trendy Soho House will see you held in much higher esteem. When a friend invited me to the latter for the first time, she said, ‘Please don’t speak too loudly.’ She was worried they’d hear my clipped, baritone Disney villain voice and I’d give the game away. 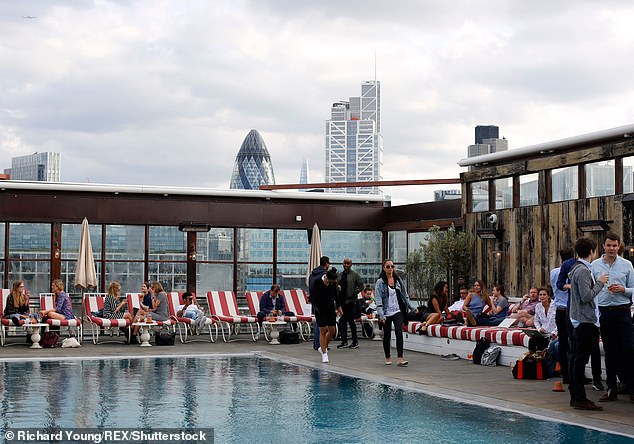 The cool kids don’t care about class structure and neither should you. Creativity is the new currency and talent is beginning to trump toffs. Front rows are no longer for horsey aristos; the new elite are rappers and reality stars. Who wouldn’t rather be sandwiched between Rihanna and A$AP Rocky than Lady Victoria Hervey and a man with no chin?

New money is aspirational and diversity rules. It’s much cooler to have bought your house with cash from your bedroom vlogging empire than to be spending what little you have left on the roof of a house you inherited.

The old snobs wanted friends with titles and mile-long drives, but the new snobs want friends with a different kind of influence. Followers now trump acreage as the cachet du jour. And with Harry hopping on podcasts and William tweeting about the World Cup, it would seem that the only family it’s impossible to be snobby about are also jumping on the zeitgeist.

Snobs are still at large, but anyone can be one. If you have found your niche and know it well, you might be snobbier than a classic Sloane Ranger. Still, probably best not to admit it.