From The Sound of Music in Salzburg to Star Wars in Tunisia: The 10 best film set tours

These are the 10 best film set tours going, from the locations used in The Sound of Music to the bits of Tunisia where Obi-Wan Kenobi lurked.

Scroll down to find out how you can tread in the footsteps of movie stars.

1 SING ALONG TO THE SOUND OF MUSIC IN SALZBURG

Dramatic setting: A Sound of Music scene in Salzburg

Coaches leave from the Mirabelle Gardens (setting for the 1965 film’s Do Re Mi scene) every day, visiting the Von Trapp house, the church at Mondsee where the wedding scene was filmed and the hills that featured in the film starring Julie Andrews.

2 LET THE FORCE BE WITH YOU IN TUNISIA 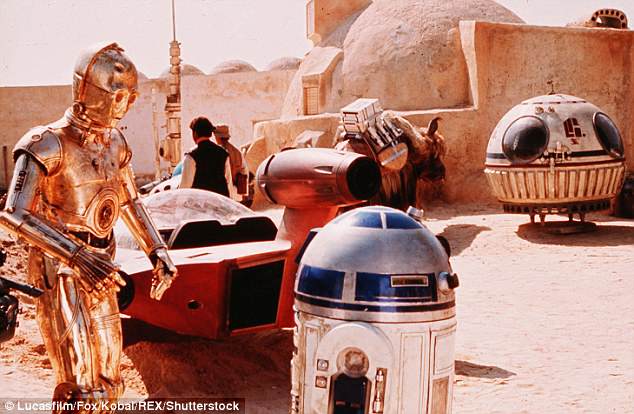 Dust the job: A scene from the original Star Wars being filmed in Tunisia

Tunisia was a key location for the first Star Wars film as well as later ones. This seven-day tour for die-hard fans starts in Djerba Island, where the Millennium Falcon blasted off from Mos Eisley. It’s also where Obi-Wan Kenobi’s home is and the Tosche Station for the Anchorhead. On the mainland, you can walk the streets of Mos Espa, and stay at Luke Skywalker’s home.

On the tour of Sylvester Stallone’s 1976 boxing hit, you can run up and down the steps of the Philadelphia Museum of Art, visit the Italian Market and eat one of Pat’s Philly cheesesteaks. There’s also the chance to visit Mighty Mick’s Gym and Rocky’s house, travel along the Schuylkill River and visit the Rocky Statue.

From £160 for up to six people, phillytourhub.com

A tour that hits all the right notes – and sights – including Interchange 105, where the opening dance scene of the 2016 hit musical was filmed, as well as Watts Towers, the Griffith Observatory and Chateau Marmont hotel, where Mia (Emma Stone) stays. There’s also the option to go to Hermosa Beach to see the Lighthouse Cafe, where Seb (Ryan Gosling) eulogises about jazz to Mia.

From £405 for up to six people, lainsidertours.com

5 AN EPIC LORD OF THE RINGS ADVENTURE IN NZ

The Alexander sheep farm in Waikato was, from 1998 on, a key location for Peter Jackson’s Middle Earth series and you can immerse yourself in a Lord Of The Rings experience. With the Kaimay Ranges in the background, you can visit the Hobbiton set, including the Hobbit Holes, the Mill and the Green Dragon Inn for Southfarthing beer.

Key locations of this daily Big Apple tour include the stop outside the West Village apartment that Carrie Bradshaw lives in, as well as the Meatpacking District where Samantha lives (and falls down a trap door) plus a trip to shops, including the Magnolia Bakery.

Visit the alleyways off Charing Cross Road which provided inspiration for Diagon Alley, as well as the visitors’ entrance to the Ministry of Magic and the bridges across the Thames that featured in The Order Of The Phoenix. Lasting two hours, the tours are capped at 20 people and have had rave reviews. Northern Ireland has been one of the main locations for HBO’s hit fantasy series since it started in 2011. The most popular tour visits the Giant’s Causeway, the Iron Islands, Renly’s Camp, Melisandre’s Cave and The Dark Hedges. The Winterfell trek includes walks around Tollymore and Castle Ward. Tours depart from Belfast, Derry and Dublin.

This four-day Outlander tour visits the village of Culross, which poses as Cranesmuir in the TV series. There’s also the battlefield of Culloden and Falkland, which substitutes for 1940s Inverness. Later on, there’s Aviemore which appears as Tulloch Ghru.

10 TIME LORD IT UP IN TERRIFIC CARDIFF

Doctor Who is filmed largely in the Welsh capital. There are two tours – one by bus, one on foot – that feature more than 30 locations, including the church where Donna is kidnapped, Amy Pond’s village and the American diner featured in the Impossible Astronaut episode.