EXCLUSIVE: Lionel Scaloni could not stop crying after the West Ham flop’s error allowed Steven Gerrard to score THAT 2006 FA Cup final winner… but that anguish set him on a path to becoming a World Cup winning boss with Argentina

On May 13, 2006, Lionel Scaloni could not stop crying. The tears flowed from the moment he left Cardiff’s Millennium Stadium to arriving in London, his agent-dad Angel having boarded the West Ham bus to lend him a shoulder for that torturous trip.

Scaloni blamed himself for West Ham losing the 2006 FA Cup final to Liverpool. He had given the ball away before Steven Gerrard scored that goal. Had he not shanked a clearance as the clock struck 90 minutes, this would never have gone down as ‘the Gerrard final’.

The moment is still raw in the minds of his old manager and team-mates. Alan Pardew, who brought him to West Ham on a six-month loan from Deportivo La Coruna, half-jokingly says he can ‘never forgive’ Scaloni. Dean Ashton adds he only needed to ‘put it into the stands’, while Jimmy Walker has said ‘that damn Lionel cost us a winner’s medal’.

Bobby Zamora is more sympathetic. ‘I took him on his first night out in London, to a nightclub in Leicester Square,’ he tells Sportsmail. ‘He couldn’t speak a word of English! We weren’t going to leave him in the hotel block, so it was, ‘Come on Lionel, we’re going out’. He was a nice lad, up for a laugh and a good player. He holds himself accountable for us not winning. The ball went inside to Stevie G and he scored that unbelievable goal. He cried all the way back to London. He knew what the FA Cup meant.’

Scaloni mixed well with West Ham’s group. Yet West Ham did not sign him permanently. The Argentine thinks his mistake was the reason, saying: ‘The world came crashing down on me. That night, after the FA Cup final, it was like I didn’t want to play football any more.’ 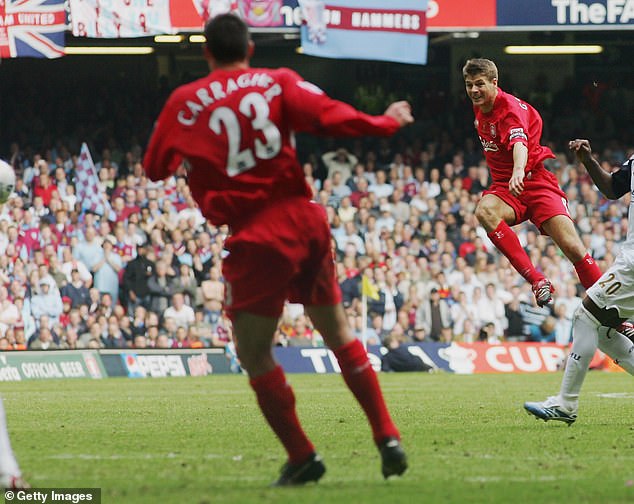 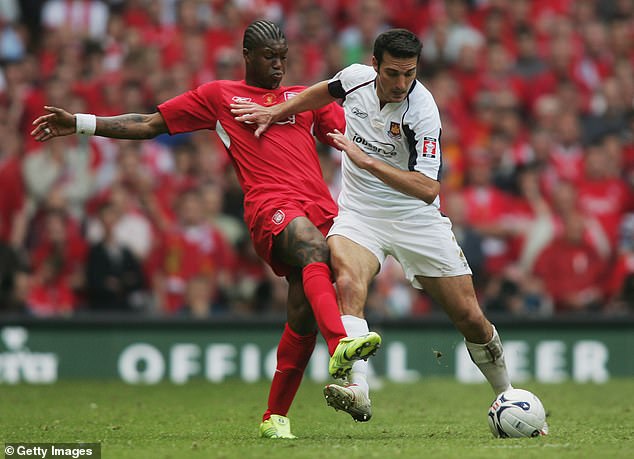 Yet this is where we turn to the butterfly effect. Had he not gifted the ball to Gerrard, he might not have returned to Spain. He might not have met his wife, Elisa, and had two sons, Ian and Noah. He might not have gone on to become Argentina manager, winning them their first World Cup since 1986 and securing Lionel Messi his place in the pantheon of football’s greats.

When Argentina were leading France 2-0, only for it to become 2-2, you wondered if he used the West Ham anecdote in his extra-time team talk. As if to say: ‘I’ve been there. I know what it’s like when you make mistakes under pressure. Don’t regret it like I did.’

West Ham cannot claim to have won this World Cup like 1966 when they had Bobby Moore, Sir Geoff Hurst and Martin Peters. But they can say they played a small part in Argentina’s 2022 triumph as the former employers of Scaloni.