Kristen Bell says she wants to break the stigma and ‘shame’ that comes with discussing anxiety and depression.

The star of Frozen 2 and The Good Place revealed she takes medication for the mental health conditions.

‘Everyone thinks there’s some shame in it,’ Bell, 39, said in an interview on Sunday TODAY with Willie Giest. 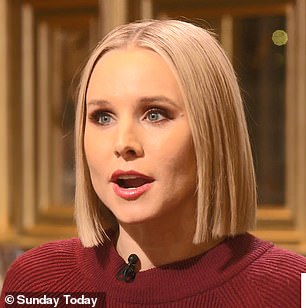 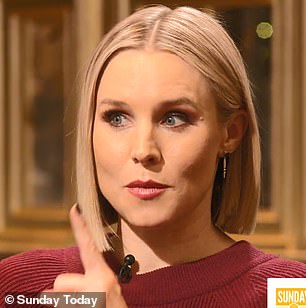 Kristen Bell, 39 (left and right), said on Sunday TODAY that she takes medication to treat her anxiety and depression. She said she that people often thinks there is shame with discussing mental health or being diagnosed with mood disorders 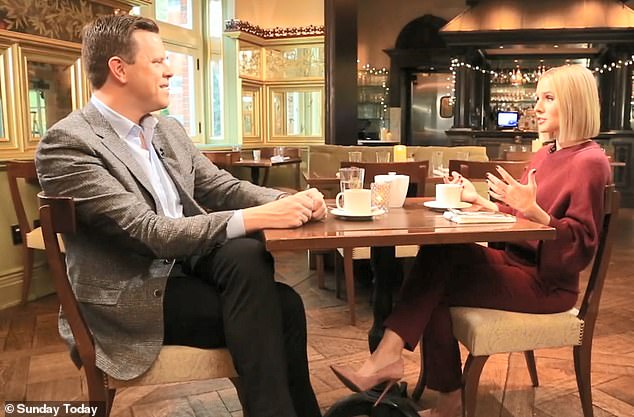 Bell said she makes lists of good and bad things in her life to identify if she’s feeling low because of her mental state or if she ‘really has a problem’. Pictured: Bell, left, on Sunday TODAY

‘I am someone who takes a medication for her anxiety and depression,’ Bell told Sunday TODAY.

The actress is one of an estimated 17.3 million US adults that have suffered at least one major depressive episode per year, according to the National Institutes of Health.

Depression is a mood disorder that is characterized by continuous feelings of sadness, which affects how a person thinks, feels and behaves.

Symptoms usually are serious enough to interfere with day-to-day activities, such as school or work, and with relationships.

Depression is at least 1.5 times more likely to occur in women than men and is most common among adults between ages 18 to 25.

There is no cure for these conditions, so most people are treated with medication, psychotherapy or both.

Bell said she sometimes to struggles to figure out if she’s suffering a depressive episode or a relationship issue with her husband, Dax Shepard. 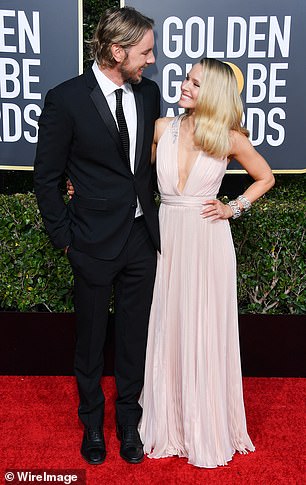 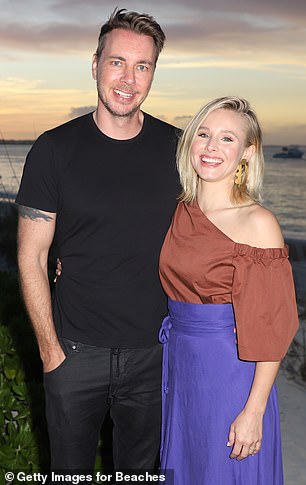 Bell credits her husband, Dax Shepard, with pushing her to openly discuss her mental health. She said that she now feels guilty for not being so frank before. Pictured: Bell and Shepard in January 2019, left, and in January 2018, right 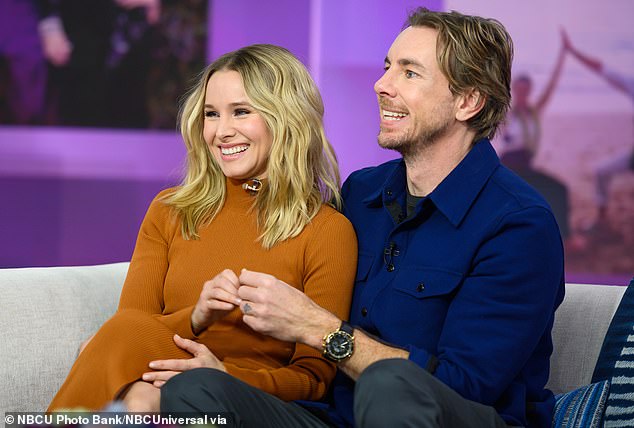 Bell said that she and Shepard have also been open about the struggles they have in their marriage as well as the good times. Pictured: Bell and Shepard, February 2019

‘I am someone who has to check myself and sometimes – if I’m feeling really low – I make a checklist of good and bad things in my life to see if it’s my mental state or if we really have a problem. ‘

Bell said she gives Shepard, the star of Bless This Mess and her husband of six years, credit for getting her to open up about her mental health.

‘He was like: “Why don’t you talk about your anxiety and depression?” and I had never thought about that before,’ she told Sunday TODAY.

Bell jokingly added: ‘I hate to give him credit for everything. It’s so annoying that he’s so right about everything.’

She also said that that she and Shepard wanted to make sure to be open about the hard work that goes into their marriage.

‘We didn’t want people to think that this idea of like “relationship goals” was easy,’ Bell told Sunday TODAY.

‘So we started talking about mistakes we’ve made, and problems we’ve had, and how we go to therapy, and when fight and how often we fight, which is a lot. We just started feeling better about ourselves.’