Sydney’s transport nightmare in one video: Frustrated commuters are forced to wait for up to an HOUR in bus lines stretching for 500 metres

Frustrated Sydney commuters are being forced to wait in kilometre-long lines to board the city’s buses as delays in finishing the city’s controversial light rail project cause severe traffic congestion.

A video taken on Wednesday morning shows a 500-metre line of passengers snaking from Eddy Avenue bus stops outside Central Station to the other side of Belmore Park.

This is an everyday reality for UNSW students who are forced to take buses to the university on roads clogged due to light rail construction. 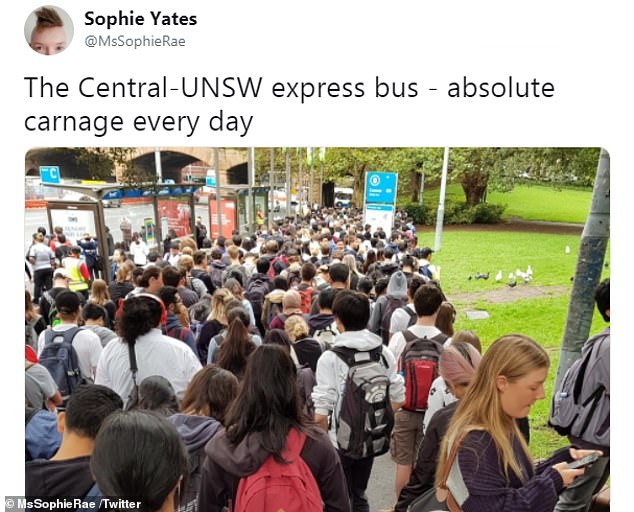 Commuters have taken to social media to criticise daily overcrowding, lateness and lack of services

Students complain that buses are overcrowded, late and slow, making them miss classes.

The daily bus line was described as ‘disgusting’, ‘absolute carnage’ and an ‘absolute farce’ by angry Twitter users.

One student said it took him over an hour to make the trip that should take 18 minutes according to Transport NSW’s trip planner.

‘There is no excuse to still be getting this wrong… it’s ridiculous that 100+ students will miss class thanks to you,’ he said in a tweet at the government agency.

‘We take complaints such as this into account when making route adjustments,’ replied Transport NSW’s Buses East account.

‘Write me a letter I can give my tutor to explain because she wouldn’t buy “there weren’t enough buses” and marked me absent,’ the commuter replied. 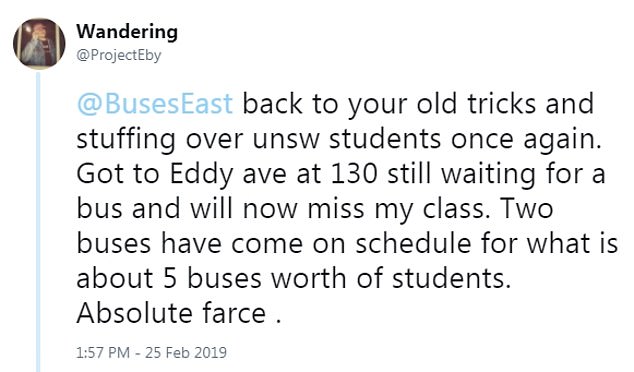 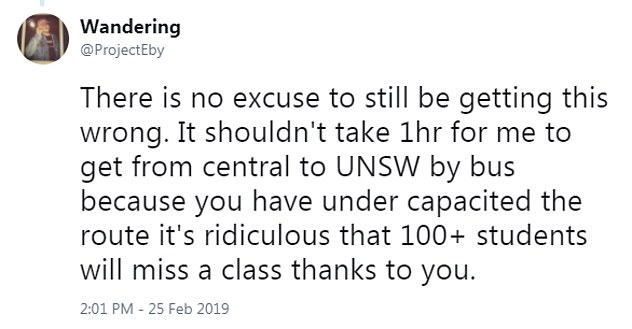 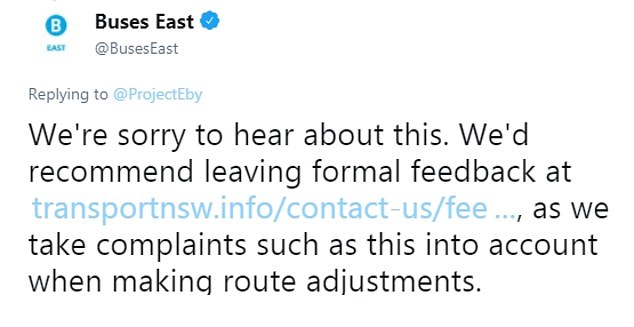 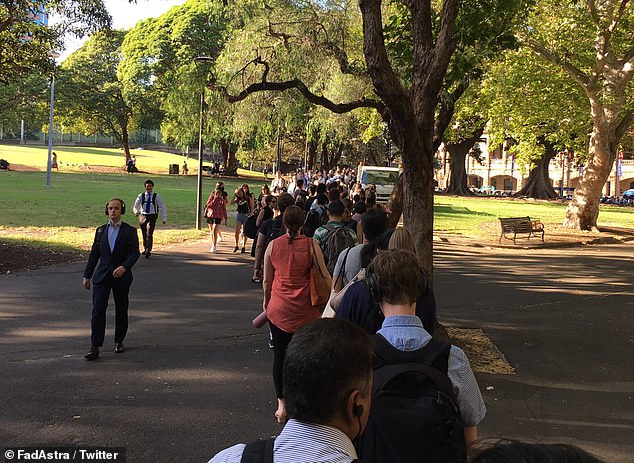 The chaos continues on the ride home with commuters waiting in equally long lines to travel back to Central Station.

‘I’ll ride my bike next week!’ wrote Professor Timothy Schmidt in the caption of a picture of the evening bus queue.

‘I want to take public transport but I can’t rely on services to get to class on time or home for school pickup,’ another commuter said. 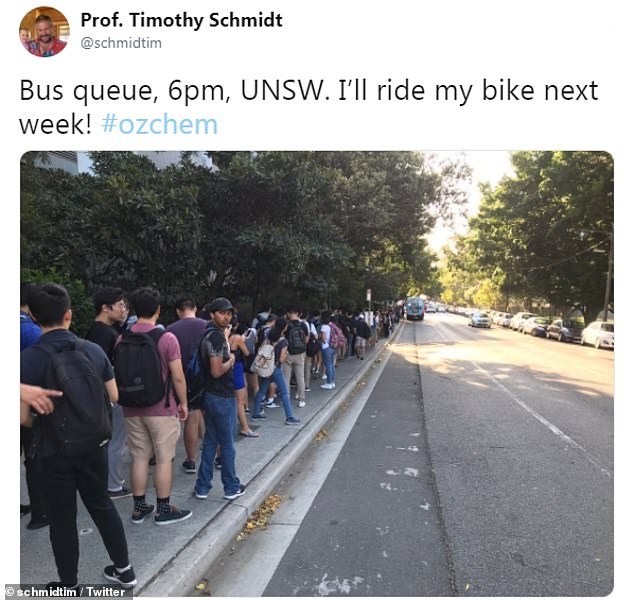 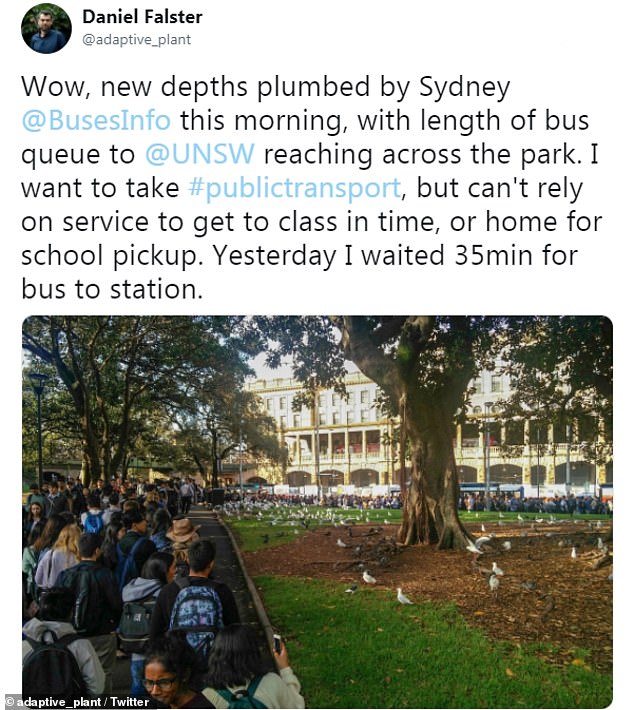 A Professor jokingly said that he will ride his bike next week but for many commuters it’s no laughing matter. Another commuter said he ‘can’t rely on services’ to travel to and from UNSW

‘Queues for bus services between Central Station and UNSW have been an issue long before construction began,’ a Transport NSW spokeswoman said.

‘Which is why we are building the CBD and South East Light Rail to improve capacity.’

The Sydney CBD and South East light rail project has been delayed by a year from 2019 to 2020.

Construction began in October 2015 and has been marred by budget blowouts and videos of workers appearing to do nothing.

Latest estimates put the cost of the project at more than $2.1 billion – more than $1 billion over the initial budget.