Frustration as 40,000 free Victoria $200 travel vouchers are snapped us in FOUR minutes

Thousands of eager holidaymakers have been left empty handed after all of Victoria’s 40,000 $200 travel vouchers were snapped up in just four minutes.

The Victorian government handed out 40,000 travel coupons worth $200 for use on visits to Melbourne between March 19 and May 16.

Victorians were urged to get in quick after a similar release last year where the website crashed and allocation was exhausted in just 30 minutes.

The new vouchers can be used within metropolitan Melbourne area to help cover the costs of a minimum two nights paid accommodation, tourist attractions or tours during the eligible period. 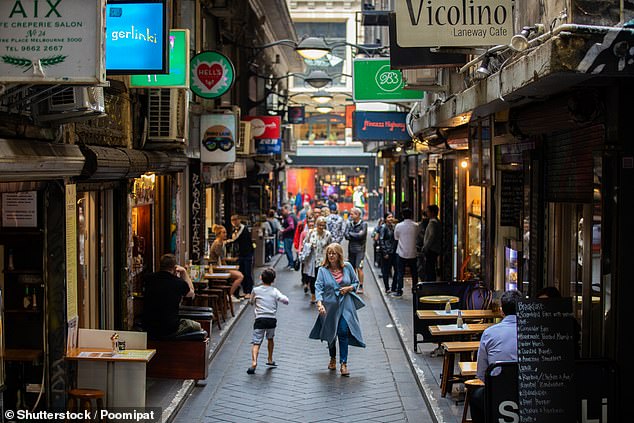 The Victorian Government gave out 40,000 travel coupons worth $200 for use in Melbourne

Metropolitan Melbourne – 40,000 vouchers worth $200 each available

But holidaymakers will need to spend at least $400 on accommodation or entertainment to be eligible.

The project is designed to support local tourism as the federal government’s JobKeeper supplement comes to an end on March 28.

In order to be eligible for the rebate, travellers must spend a minimum of $400 on at least two nights accommodation, plus tours and attractions in metropolitan Melbourne.

Each household is eligible for one voucher and must provide evidence of the spent money, which will be reimbursed after you have taken the trip.

Gaming, alcohol (unless it is included in a tour), fuel, food and drink, groceries, personal items and transport costs are not included.

The existing regional travel scheme has been taken up by residents and inspired the Melbourne vouchers.

The state is giving out $400 coupons for regional travel for the third time, and registration will open on March 30.

Both offers are first in best served and Victorians are encouraged to get in quick as the last round for regional vouchers ended after only 20 minutes.

People can apply for vouchers on the Service Victoria website. 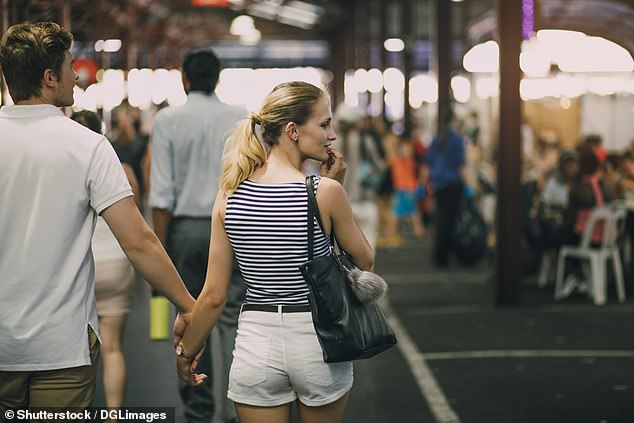 The scheme is an add-on to already existing regional travel voucher scheme which has been extended to include 10,000 $400 tokens for Victorians travelling intrastate from April 6 to May 31 (Stock) 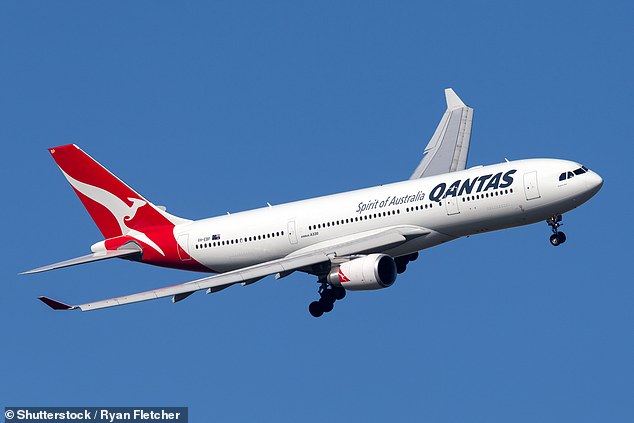 The initiative follows a $1.2billion federal package which will discount a million airline tickets, to go on sale on April 1. Pictured: Qantas Airbus A330 Airliner in 2013

The initiative follows a $1.2billion federal package which will discount a million airline tickets, with half-price sales beginning on April 1.

Interstate tickets to and from 13 holiday hotspots will be subsidised by the federal government until July 31 and airlines will ramp up their flight schedules to deal with an expected surge in demand over the next three months.

Locations on offer include the Gold Coast, Cairns, the Whitsundays and Mackay region (including Proserpine and Hamilton Island), the Sunshine Coast and Lasseter.

Some 57 routes will be covered on the Qantas and Jetstar network, CEO Alan Joyce said on Thursday morning. 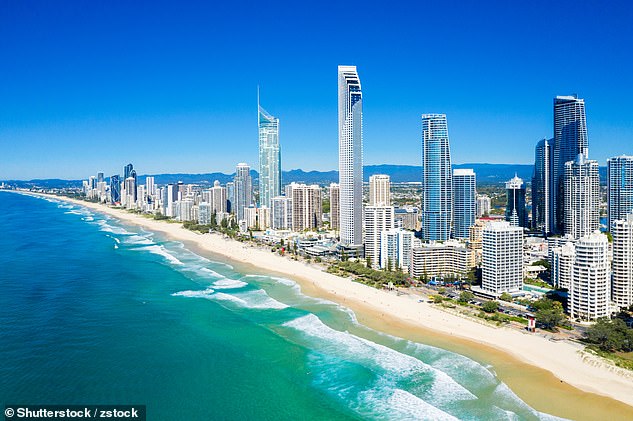 Almost a million airline tickets will be go on sale at half price on April 1 under a $1.2billion package to boost the ailing the tourism sector. Flights to the Gold Coast (pictured) could be as cheap as $49

The discount means a return ticket from Sydney to Cairns which currently costs $233 could be as little as $116.50.

The discount only applies to inter-state travel, not intra-state flights – but these could later be added to the scheme which is expected to evolve to match demand.

‘I think it also is an incentive for the states to keep their borders open. And that’s important, because we can’t keep on going through the yoyo of the ups and downs of that,’ Qantas boss Mr Joyce said.

Mr Joyce said he expects 22 of 25 Qantas international routes to restart in October alongside all 13 Jetstar routes -but he’s prepared to start earlier or wait longer depending on the Covid-19 situation.

Also in the package, companies getting JobKeeper payments will be offered a government-backed 10-year loan of up to $5million, with no repayments due for two years.

Some 350,000 employees now on JobKeeper could have their wages subsidised by the loans if their company decides to take one.

‘This will take more tourists to our hotels and cafes, taking tours and exploring our backyard,’ he said.

‘That means more jobs and investment for the tourism and aviation sectors as Australia heads towards winning our fight against Covid-19 and the restrictions that have hurt so many businesses.