Fulham 0-0 Leeds (5-6 penalties): The Whites progress to the Fourth Round of the League Cup

Fulham 0-0 Leeds (5-6 on pens): Marcelo Bielsa reaches fourth round of Carabao Cup for the first time after nail-biting penalty shootout

Wins have been hard to come by for Leeds this season.

So one, even against Championship opposition with priorities elsewhere and on penalties, is not to be sniffed at.

Marcelo Bielsa named a strong side, perhaps an indication of Leeds’ need for a result, and they eventually edged out Fulham though only after spot-kicks.

Illan Meslier was the hero for Leeds, whose only win in 90 minutes this season came in round two, earning them a place in round four by saving Rodrigo Muniz’s sudden death penalty.

In a game of spurned chances from both sides and two misses apiece in their first five penalties, it felt almost inevitable that Muniz, one the biggest culprits in regulation time, was going to fluff his lines.

Fulham made 11 changes to Leeds’s four but the Championship’s second-placed side initially looked the more cohesive unit. 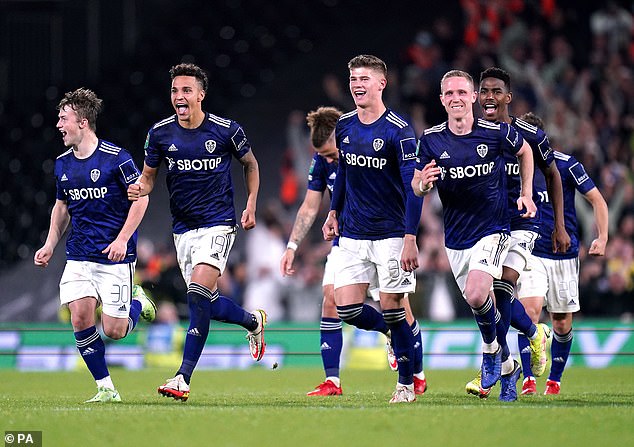 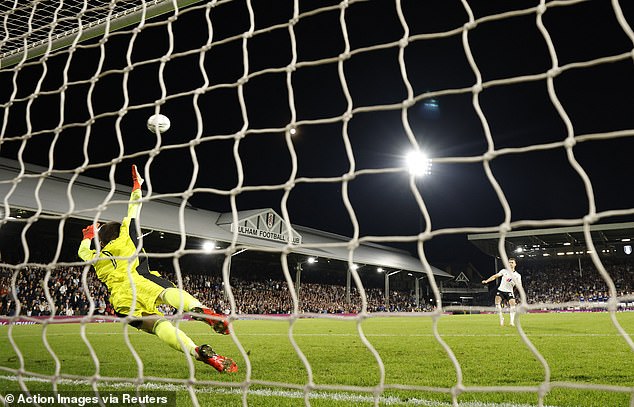 Kalvin Phillps’s deployment at centre-back was one indication of Carabao Cup experimentation by Marcelo Bielsa and he endured an uncomfortable first half, though better second, away from his usual midfield role.

Muniz, on his full Fulham debut, escaped Phillips with his movement to head over and later test Meslier with a thumping dive.

In between the Fulham striker also got the better of Philips to square for Domingos Quina whose shot was blocked.

After a misplaced pass and swapping sides, Phillips then gave away a free-kick which Neeskens Kebano hit, forcing Illan Meslier into a scrambling save.

Like his Fulham namesake, Leeds’ Rodrigo Moreno had chances for the visitors but badly scuffed two presentable openings while Tyler Roberts was also denied by Marek Rodak.

Moreno’s frustration continued in the second half when he took too long to get a shot off after being put through by Daniel James, allowing Michael Hector to rescue Fulham with a perfectly-timed last-ditch tackle.

Then it was Muniz’s off target once more but only just with a header that grazed the top of the net before Josh Onomah extended Meslier from distance.

Meslier could only watch as Muniz climbed highest to reach Bobby Decordova-Reid’s cross and was relieved to see the his header sail over.

Into injury time the two Rodrigo’s both missed further chances at either end and Tosin Adaraibioyo flew in to block Junior Firpo before penalties were required to separate the sides.