Fulham 2-0 Exeter: Aboubakar Kamara at the double in Carabao Cup

This certainly wasn’t a netbusting thriller that the weekend produced at Craven Cottage, but Fulham’s passage to the third round of the Carabao Cup should be viewed as a job well done.

Slavisa Jokanovic made 11 changes to the side that pummelled Burnley at the weekend.

Aboubakar Kamara was given his first start this season and scored a brace to kill off any hope Exeter had of an upset and send Fulham into the third round of the Carabao Cup for the first time in three seasons. 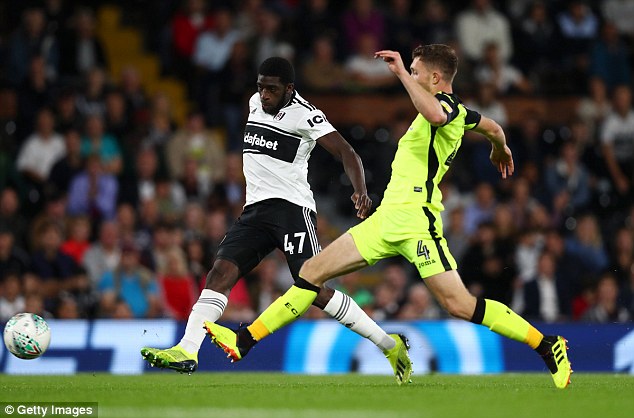 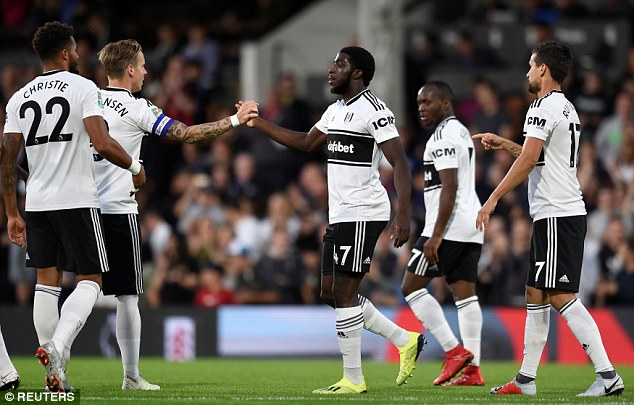 The League Two side never really stood a chance after making eight changes themselves from a 1-0 defeat at MK Dons, the side managed by former manager Paul Tisdale.

It underlined how much of a low priority this competition is for lower league sides as it is for those in the top flight.

Fulham had progressed from 14 of their previous 15 League Cup ties against fourth tier opposition and they went about making it No 15 with relative ease when Kamara struck in the fourth minute.

Exeter left back Luke Croll failed to track Cyrus Christie who made a bursting run down the right. He cut inside and sent his shot low which goalkeeper Christy Pym pushed back towards Kamara who sidefooted in. 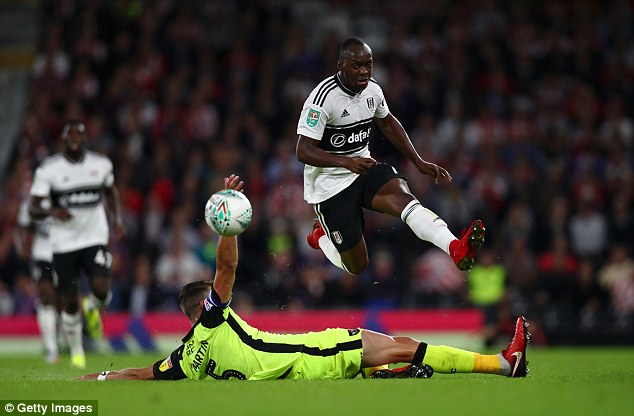 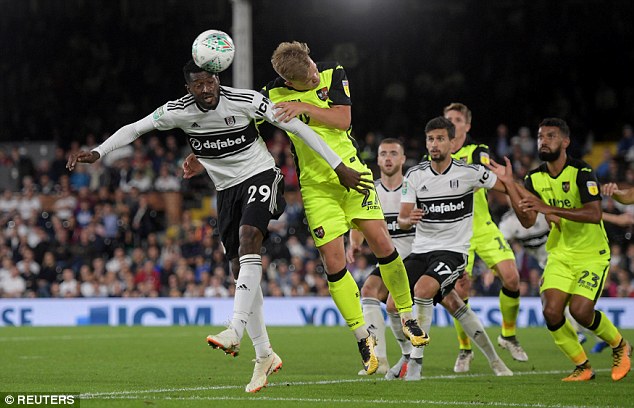 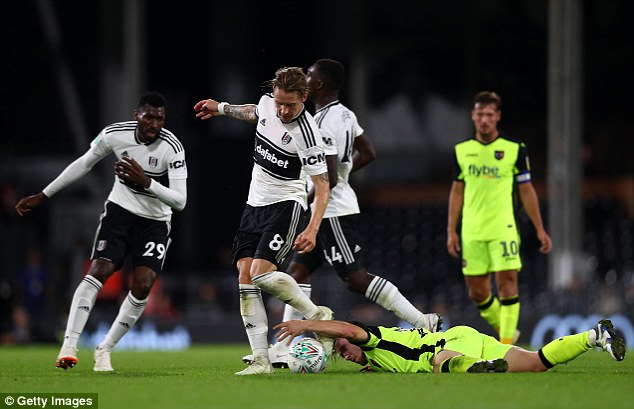 Exeter were soon breached down the left side. This time it was Ryan Sessegnon who tore away from Jimmy Oates but his left-foot shot from range flashed past Pym’s right post.

The 950 fans who had travelled up from Devon were fearing the worst as wave after wave of attack flooded into the Exeter area in front of them.

A rare chance for Taylor’s side came after they won possession deep in Fulham’s half. Matt Jay’s drilled shot cannoned off Sergio Rico’s post but Lee Martin couldn’t adjust his body to put the rebound on target.

It was a relief for Alfie Mawson who was caught static and unable to react. Mawson was making his first start for Fulham since joining for £20million from Swansea in the summer. That was his only mistake and he will improve given more time to settle into a different one that he played in for Swansea last term.

Keen to draw interest to the competition, the EFL used VAR in four matches on Tuesday night including this one. Its use seemed to be needed when Kamara went down under the challenge of defender Aaron Martin inside the Exeter box. Referee Kevin Friend didn’t need a second opinion and played on.

It took Fulham another 44 minutes to score a second but when it came it signalled game over. Stefan Johansen threaded a pass beyond Exeter’s backline for Kamara to chase, control and calmly slot past Pym.

A third was nearly added when Johansen’s dipping free-kick hit the bar but André Frank Zambo Anguissa’s follow-up was pretty hopeless and went over Pym’s bar.

There was one casualty. Neeskens Kebano, who had been effective on the right, had to be carried off on a stretcher after falling heavily.