Chris Coleman has revealed how he tried to snatch Nemanja Vidic from under the nose of Manchester United while boss of Fulham in 2005.

The Welshman had been given £500,000 to invest in the squad after selling Louis Saha and targeted the Serbian centre-back.

However, Sir Alex Ferguson would seal a deal for Vidic in jJanuary 2006, who went on to win five Premier League titles and one Champions League with the club.

‘The rest of it went on [Craven Cottage], because it was deemed not fit for Premier League football. We were playing at QPR, Loftus Road.’

Coleman was determined to try and land Vidic with that £500,000, but found the defender, then at Spartak Moscow, had already caught the eye of Manchester United. 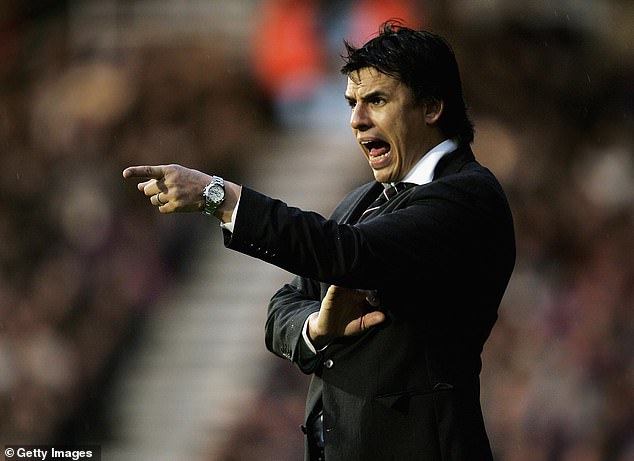 Coleman added: ‘I’d spoken to the agent and Mohamed Al Fayed was on board. He was sensational, only young but already a man.

‘I knew Jim Lawlor, United’s chief scout, because we’d done our Pro Licence together out of Belfast. He’s a top boy.

‘He was laughing. “No we’re taking him now.”