A New Jersey woman has died of COVID-19 despite being fully vaccinated against the virus in an extremely rare ‘breakthrough’ case.

Joan Barrows, 62, received both shots of the Moderna vaccine, but contracted the virus after an interaction with an unvaccinated person.

She fell severely ill and passed away on May 15 in a New York hospital, reported NorthJersey.com.

Barrows has received a lung transplant 11 years ago at the same hospital.

Breakthrough COVID-19 cases, in which someone contracts the virus despite being vaccinated, are especially rare, occurring in around 0.1 percent of fully vaccinated people.

Deaths are even rarer, with only 549 being recorded out of 144 million immunized Americans, according to the Centers for Disease Control and Prevention (CDC).

‘We remember Joan Barrows. Joan was a longtime employee at [Automatic Data Processing] before retiring in 2007 due to pulmonary fibrosis,’ Gov Phil Murphy wrote in a tweet honoring Barrows.

‘With her determination, she was able to return to a relatively normal life – tending her garden and spending time with her family and friends. May God bless Joan.’ 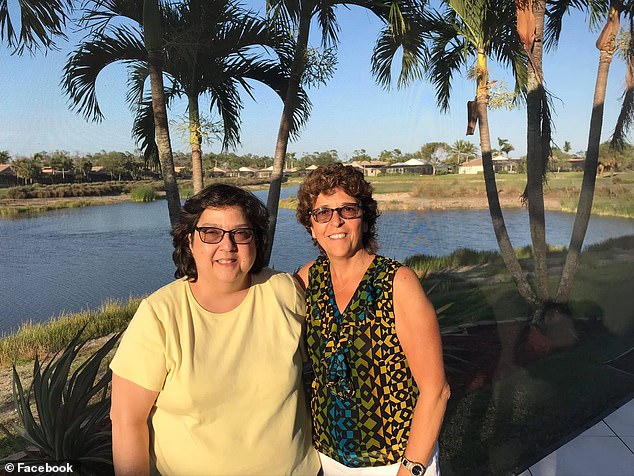 Gov Murphy also mentioned mentioned Barrows in a briefing last week, at request of her siblings, using her example as a reason why everyone must get vaccinated in order to not only protect themselves, but others around them, according to NorthJersey.com

‘[Barrow’s brother and sister wanted to] remind everybody through Joan’s example of the vulnerability that some residents retain, even through vaccination, because of their longstanding medical conditions,’ Murphy said.

A study published earlier this month found that some transplant recipients, like Barrows, are less likely to produce the same level as COVID-19 antibodies as other people – leaving them potentially vulnerable even after vaccination.

However, a third dose of the vaccine, which may roll out in the coming months, is believed to be more effecting in transplant recipients, research found.

Deaths among vaccinated people account for less than one percent of all COVID-19 related deaths in the United States in May. 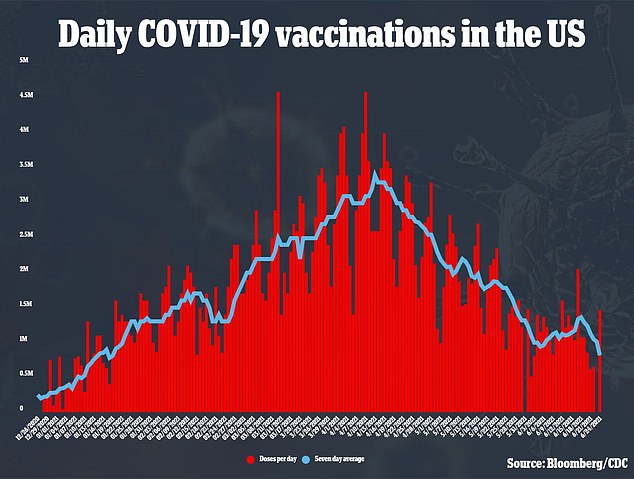 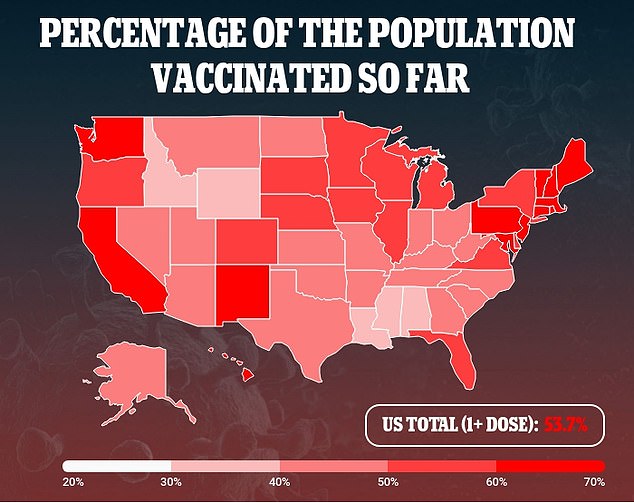 Dr Rochelle Walensky, director of the CDC, said earlier this week that almost all deaths from the virus are preventable at this point, as the country sits on a large unused supply of vaccines.

It is believed that herd immunity from the virus will be reached when somewhere around 80 percent of Americans are fully vaccinated.

As of now, 65 percent of American adults have received at least one dose of a COVID-19 vaccine, and it is unlikely that the nation will reach the 80 percent mark due to falling vaccine demand.

‘When I hear somebody doesn’t want to get vaccinated, my head comes off. She could have been alive today,’ Karen McGuirl, Barrows’ best friend, told Fox News.