A mother has hit out at Home Bargains after a Christmas party glitter she bought from the store allegedly dyed her one-year-old niece’s hair green.

Liz Robinson bought the ‘#Sleigh The Look’ cosmetic glitter from the discount store in Crosby, Merseyside on December 8 for an upcoming festive get together.

She then took the small package to a relative’s house in Litherland, where her three-year-old niece opened the small bottle.

The furious aunt has since claimed the glitter has dyed her younger niece’s hair green and stained the cream carpet – leading to a family row.

Liz Robinson, from Bootle, claims a glitter she bought from Home Bargains for a Christmas party dyed her one-year-old niece’s hair green

Liz, from Bootle, said: ‘Lola, my three-year-old niece, opened the pack when I wasn’t looking. It went everywhere, as you can imagine.

‘Ruby is only one and it got in her hair. And it stained the carpet. We can’t get the dye out’.

Liz said the glitter – which is clearly marked for ‘adult use only’ – had a product warning on the packaging, but she claims she bought it in the children’s section of the shop.

She said: ‘I noticed the product warning after my niece opened it. It was too late then.’ 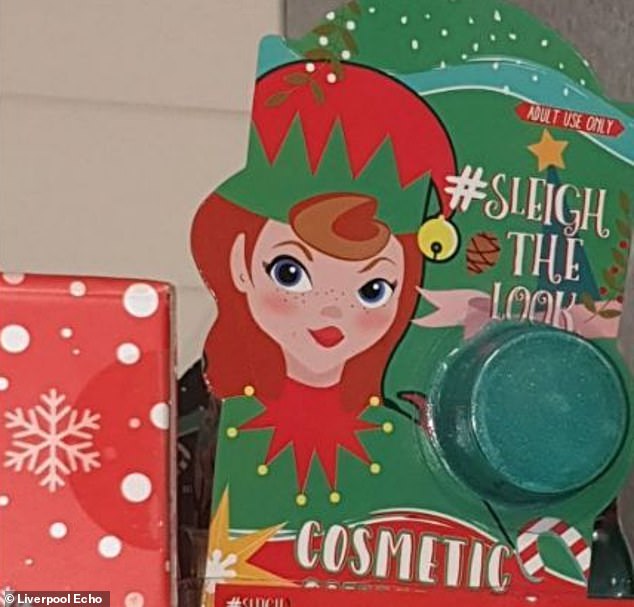 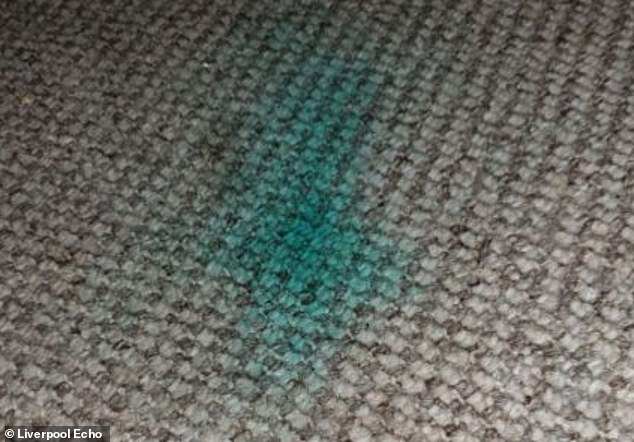 The aunt now wants to warn others of the potential risk of the product.

She added: ‘I have phoned Home Bargains and emailed them. But the response has been really disappointing.’

A spokeswoman for Home Bargains confirmed the product was purchased in one of their stores.

She added: ‘Home Bargains cannot comment on individual cases – we would encourage the customer to get in touch with our customer service team where we can assist further.’