Barcelona fans are calling for their manager Ernesto Valverde to be sacked after their humiliating defeat to Liverpool on Tuesday.

The Catalan giants were 3-0 up going into the second leg where they were thrashed 4-0 by the Reds at Anfield.

As a result, Liverpool progressed to the Champions League final and the La Liga side were knocked out in the semi-finals.

In two consecutive seasons Barcelona have led by a three-goal advantage and been knocked out of the tournament after losing 3-0 to Roma last campaign.

One person posted a GIF of the Barcelona boss with the hashtag ValverdeOut flashing over the top.

In the lead up to Barcelona’s league match against Getafe on Sunday, their official twitter account posted a five facts preview for the game. 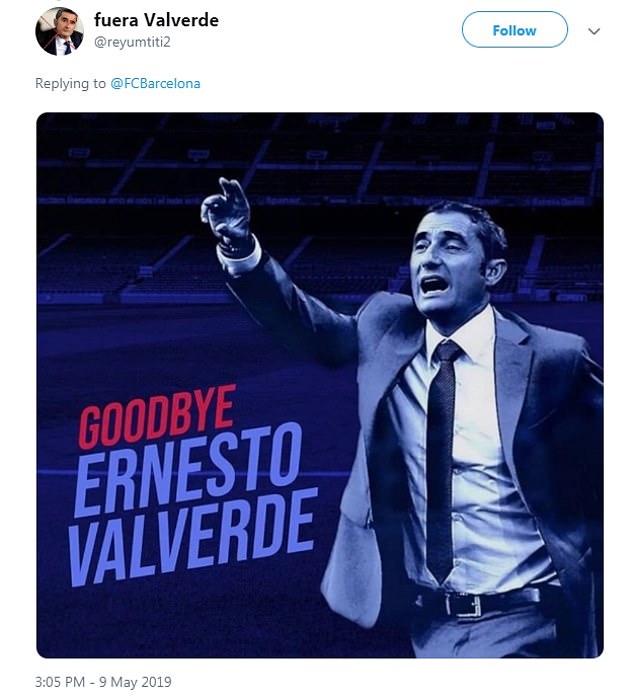 In response to the tweet someone said: 1. Ernesto should go 2. Players shouldn’t hide behind Leo’s brilliance 3. Camp Nou fans will be angry 4 – 0 5. Bartomeu should resign.’

Someone else said: ‘Just tell me when you are sacking Valverde?’

While another person posted a photo of Valverde that wished him goodbye.

Someone else said: ‘I don’t want to watch the Barca game anymore unless Valverde leaves.’ 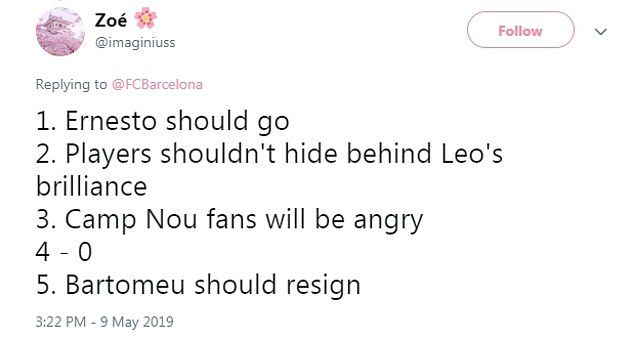 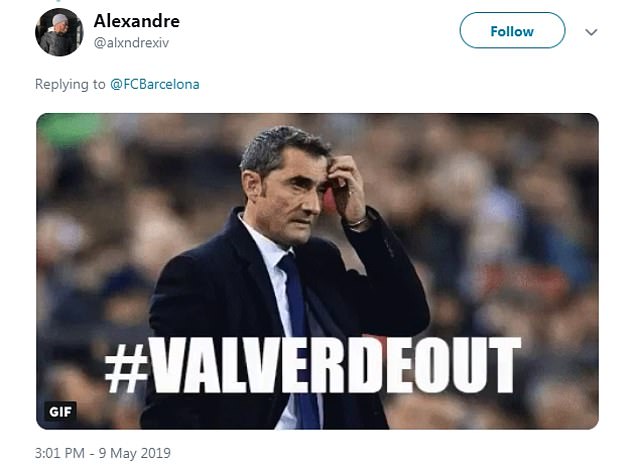