Furious couples have spoken out after their dream weddings were abruptly cancelled by email when a popular venue suddenly closed.

Rudstone Walk in Brough, Hull, suddenly closed its doors last week, with a post on the venue’s Facebook page claiming the ‘phone had been cut off’ and staff had ‘just left’, and the website had also been shut down.

Laura Greenwood, general manager of the wedding venue, then said the company had entered liquidation and owners were ‘terrible sorry’.

But two couples have revealed the email they were sent just 24 hours before the closure was so lacking in detail they thought it was a hoax and they had to travel to the venue to demand their cash deposits back. 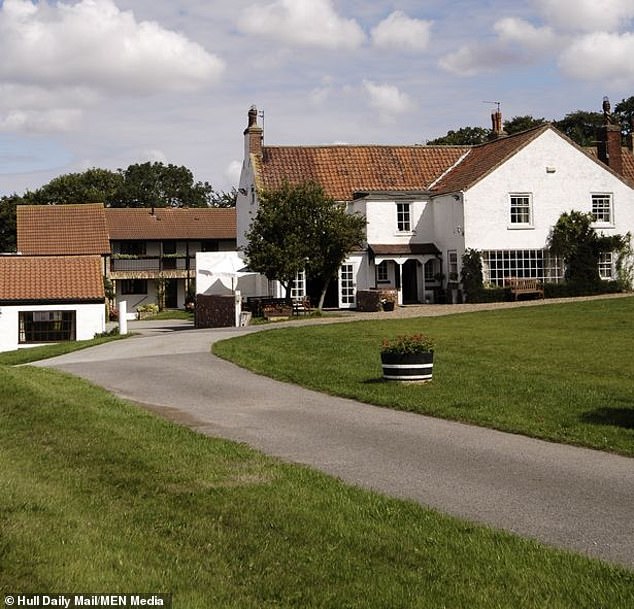 Rudstone Walk (pictured) in Brough, Hull, suddenly closed its doors last week, with a post on the venue’s Facebook page claiming the ‘phone had been cut off’ and staff had ‘just left’, and the website had also been shut down

Lauren Brown, of Market Weighton, who had booked her wedding to Simon Raper, 29, at the venue more than a year ago said she refused to give her bank details as she believed the email was a hoax.

The 25-year-old also she did not receive her £750 deposit until her cousin travelled to the venue and refused to leave until the money was returned.

She said: ‘I just can’t believe I was there just two weeks ago discussing timings for the DJ and they didn’t say anything about the closure,’

‘The annoying thing is we have already had the invites printed and we have booked the registrar, so it is going to cost us an extra £1,500 in cancellation fees.’

But she said she has now found a ‘better’ alternative at The Beverley Barn.

‘We are still waiting to be refunded for the 14 rooms we have hired, but I’m glad Rudstone Walk has closed because I am now having a better wedding,’ she said.

‘I can’t thank Beverley Barn enough because they have honoured the price I paid for Rudstone Walk and are providing a bigger and better venue.’

The email sent to couples read: ‘Dear Sir/Madam, Your booking at Rudstone Walk has been cancelled.

‘Due to family breakdown Rudstone Walk is no longer trading.

‘Please email by return immediately your bank details for us to process your refund.’ 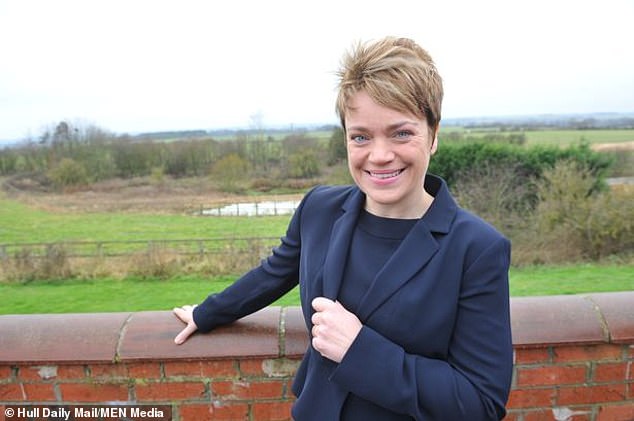 Laura Greenwood (pictured) general manager of the wedding venue, said the company has entered liquidation and owners are ‘terrible sorry’

Ms Greenwood said the reason for the email sent to all bookings was to make sure people received their refunds as quickly as possible, and to spread the message as efficiently as possible.

She said: ‘The sole purpose of the emails at that time was to get the message across as efficiently as possible.

‘We are terribly sorry if anything was misconstrued, but our priority was giving people their money back.’

But bride to be, Olivia, from Driffield, said: ‘All previous emails had been sent to my personal email address, so I couldn’t understand why it went through to my work account and I thought it was a scam.

‘I tried calling them but it kept going to a Vodafone voicemail, and in the end my mum and brother drove down to the venue to find out some answers.

‘When they arrived the venue was all shut up and they even found a couple in the car park who had booked to stay the night and they couldn’t get in.

‘Eventually after walking around my brother found the house where the owners lived and they seemed to be packing up and moving.

‘We had paid in cash for the bond and deposits on the hotel rooms, but they didn’t seem to want to give us it back at all.

‘They just kept saying we would be refunded by ‘some means’, but eventually we got them to give us back the cash.’

The couple had sent out wedding invites detailing information about Rudstone Walk the weekend they were notified of the cancellation, and claim the venue would not compensate them as it ‘wasn’t their problem’. 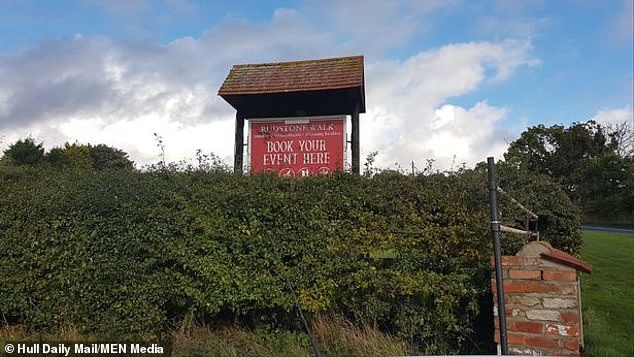 Laura Greenwood, general manager of Rudstone Walk (pictured), said the business had closed because it is ‘commercially unviable’

Olivia claims the couple had problems with the venue long before their big day was cancelled. ‘When we first went to look around it was everything we wanted and really well kept, but after more and more visits it began to look shabby as if the owners weren’t bothered about it anymore,’ she said.

‘The management were unbelievably rude and even changed our wedding planner three times without telling us, and told me that some of my guests wouldn’t even bother turning up on the day.

‘At about our fifth meeting the manager asked us when we would like to book our wedding, and had no clue we had already been booked in for a year.’

But she says the closure has been a ‘blessing in disguise’, since the couple have now arranged for their wedding to take place somewhere ‘bigger and better’. 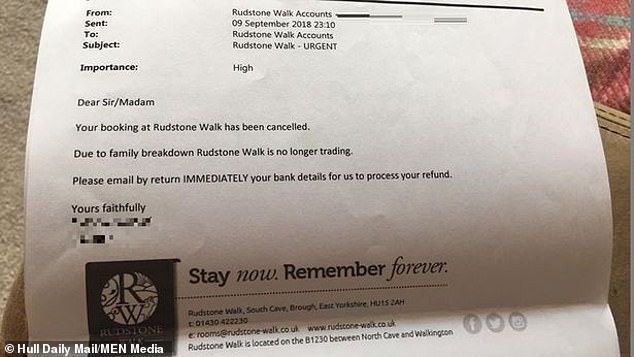 Another bride to be, Olivia, of Driffield was sent this email saying the booking had been cancelled

‘I just can’t believe there was no apology or explanation,’ said Olivia.

‘It’s been a blessing in disguise really because we have found somewhere much bigger and better, and we are actually excited about our wedding now.’

Another man, who did not want to be named, has also complained about problems they experienced at the venue during his wedding in late August.

‘My family were visiting from South Wales so stayed over in the accommodation, and we stayed in the so-called honeymoon suite, but the showers were broken and there was no hot water,’ he said.

‘When we complained we were told it was because other people had used up the hot water before us.

‘We had a fantastic day but that’s because we made it that way, and we were surrounded by family and friends, but we couldn’t believe the attitude of the management.

‘They charged us £260 to open 10 bottles of champagne we had brought ourselves, and all the young serving staff were left to deal with complaints and the running of the day.

‘There was no management to be seen at all. My wife and I have talked about it since and it seemed the management were only bothered about raking the money in before they left.’

On Saturday, disgruntled staff members revealed they were told of the closure in the middle of the night via text message, and had not been offered no explanation has to why the closure took place. 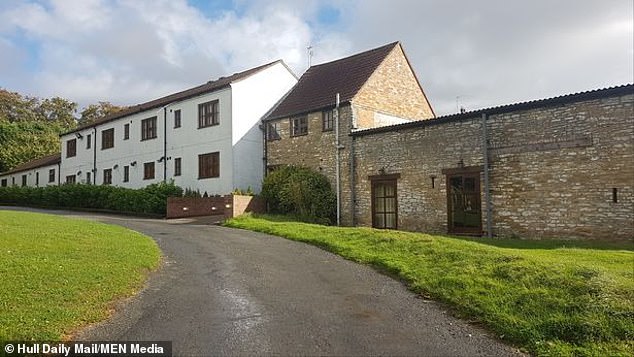 Laura Greenwood, general manager of Rudstone Walk, said the business had closed because it is ‘commercially unviable’.

She said: ‘The tenancy became commercially unviable and the director has taken the decision to close the business.

‘All bookings have been refunded and staff have been paid, but it would have been immoral of us to continue with the business.

‘The company’s assets have now entered liquidation and our biggest aim was to get everybody their money back as quickly as possible, which is why people were notified by email and text message.

‘The sole purpose of the emails at that time was to get the message across as efficiently as possible.

‘Rudstone Walk were tenants of the building and it became too much to carry on, and it’s a sad time for everyone at the moment.

‘We are terribly sorry if anything was misconstrued, but our priority was giving people their money back.’