Furious Doctor Who fans accuse Christopher Eccleston of cashing in

Die-hard Doctor Who fans have expressed their fury at a £95 price tag for an autograph from Christopher Eccleston.

The 54-year-old actor, who played the the ninth Doctor in the sci-fi series for one season in 2005, will be appearing at London Comic Con in July for the first time where he is set to do a meet-and-greet.

But Christopher, who is the most expensive guest among stars including Megan Fox and Jason Momoa, has been accused of ‘cashing in’ at the convention with the high prices.

He is even charging more than the most recent Doctor Peter Capaldi who charges £75 per autograph. 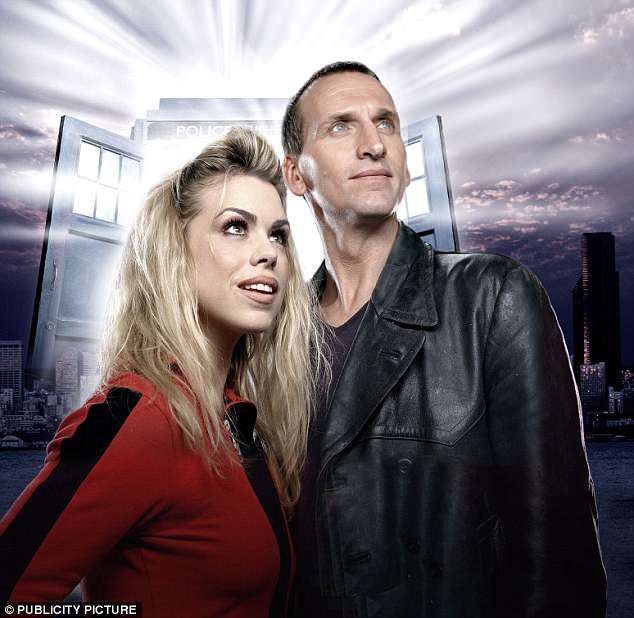 The actor, who played the ninth Doctor for one series in 2005 with Billie Piper as Rose, will be appearing at the convention dedicated to popular culture for the first time 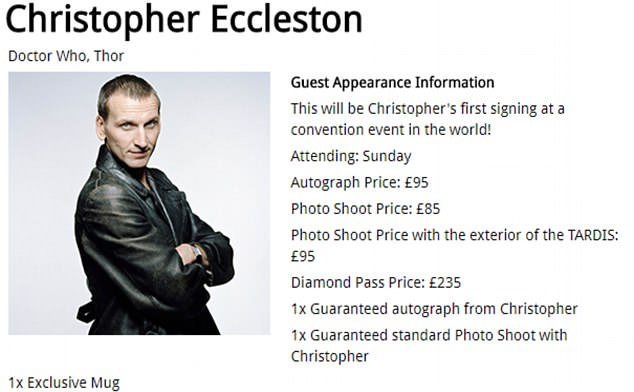 Die-hard ‘Whovians’ have expressed their fury at the £95 price tag of an autograph from the star, with an option of a ‘diamond package’ costing £235 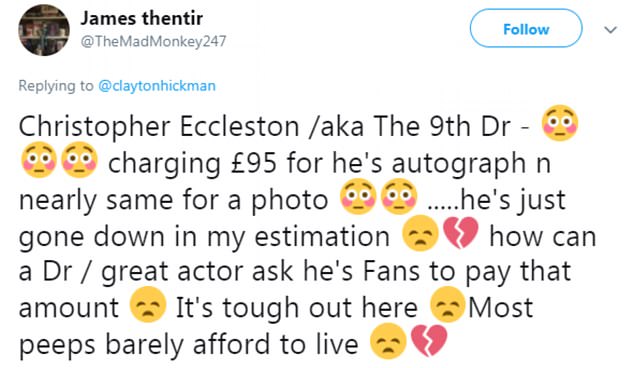 Furious fans took to Twitter to share how upset they were, with one saying the actor had ‘gone down in my estimation’ for the high prices

Superfans can pay £235 for a ‘diamond package’ which guarantees an autograph and a photoshoot along with an exclusive mug, or opt for the single price of the autograph at £95 or a photoshoot at £85.

Fellow Doctor Peter Capaldi is charging £75 for a single autograph or £225 for a ‘diamond package’ which includes an autograph, photoshoot, exclusive mug, exclusive print and a priority seat at his exclusive talk.

One fan fumed on Twitter: ‘Christopher Eccleston/aka The 9th Dr – charging £95 for [his] autograph [and] nearly same for a photo… He’s just gone down in my estimation how can a Dr/great actor ask [his] fans to pay that amount? It’s tough out here. Most peeps barely afford to live.’

Another weighed in: ‘Have always loved Christopher Eccleston as an actor but can’t believe this event is charging £95 for an autograph. What a strange, strange world we live in…’ 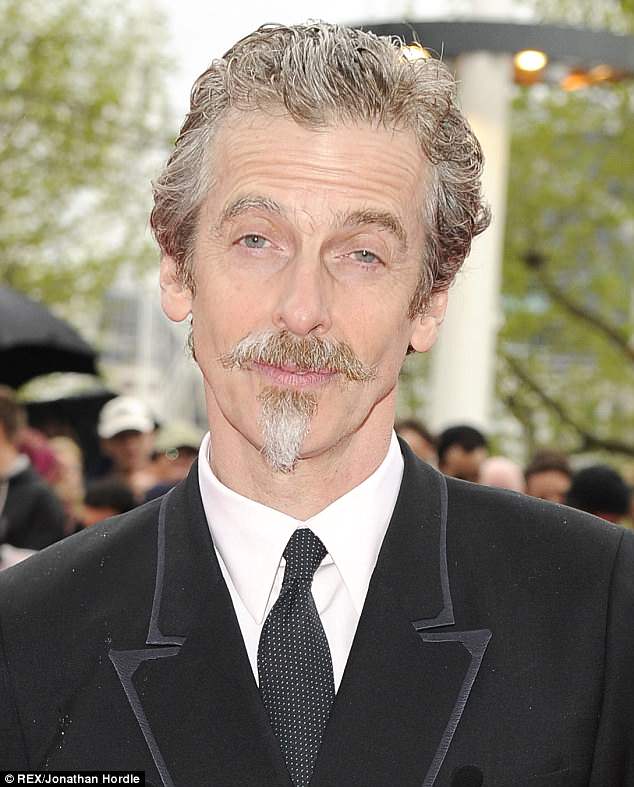 Peter Capaldi, the most recent outgoing Doctor, is also appearing at the July convention charging considerably less at £75 per autograph 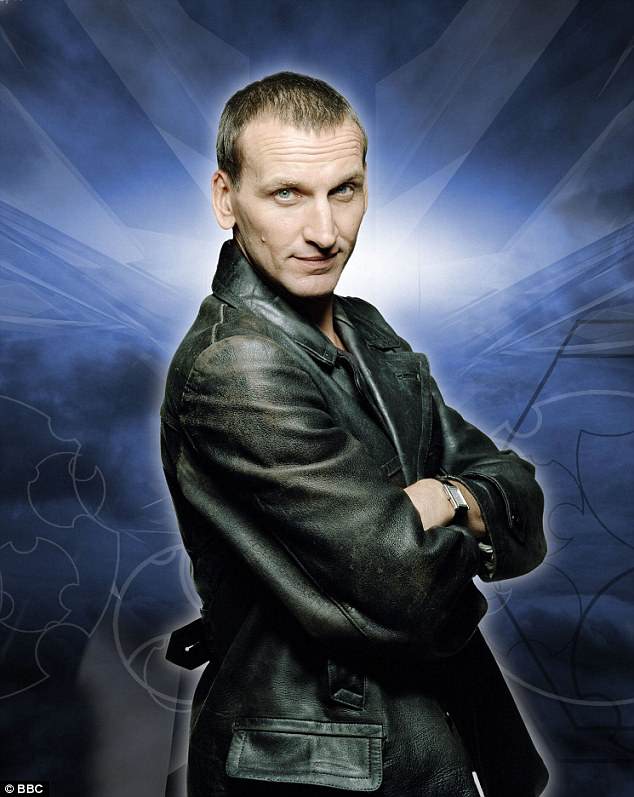 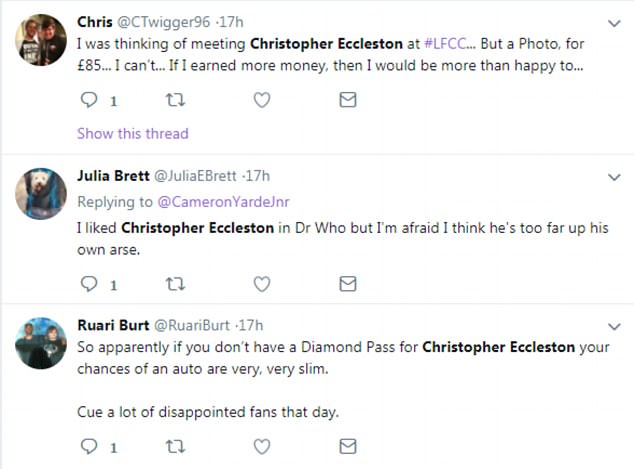 ‘Was considering going to the London Film & Comic Con for Christopher Eccleston, but £95 for an autograph is a sick joke,’ added another angry fan.

London Comic Con is held in July and sees stars from TV and film appear at the convention which celebrates popular culture.

Autograph signings and photo shoots are an integral part of all conventions, with stars charging fans on top of the £55 three-day ticket price.

A publicist for Christopher Eccleston declined to reveal the percentage he would receive from the fees, telling the Times: ‘Christopher has no involvement in establishing fees for London Comic Con. These are set by the organisers.’

Colin Baker, who played the sixth doctor, is charging just £15 for an autograph and his on-screen companion Bonnie Langford who is also appearing asks for £10.

The organisers Showmasters defended the fees to the Times, saying it was ‘in line’ with previous Doctors, adding that the conventions were ‘luxury items’.