A furious motorist has filmed the moment he got into a heated debate with police about whether or not he was telling the truth about saying he was going to the supermarket during the coronavirus lockdown.

The driver and passenger were stopped by police in a suburban street in New Zealand last week. The pair told police they were going to the supermarket but the police refused to believe them.

The officers then seized the driver’s licence and continued to question the pair about where they were going.

New Zealand is under strict level four lockdown rules in a bid to slow the spread of the deadly illness. Residents are banned from leaving their homes for anything but essential reasons, which includes food shopping, medical care and exercise.

The officers insisted they escort the pair to the supermarket and home again.

When they said they would give the licence back to the driver once he had returned home, the debate got heated.

The driver (pictured) and passenger were stopped by police in a suburban street in New Zealand last week. They claimed they were going to the supermarket but the police didn’t believe them

‘Do you want us to drive without a licence?’ the passenger can be heard asking.

One of the officers responds, telling him it’s not an offence to drive without a licence but it is an offence to not be able to produce it.

‘So you’re telling us to break the law basically?’ the passenger asks.

The pair can then be heard laughing before they tell the officers they are making them not want to go shopping anymore.

The officer then questions why they had had a change of heart when the passenger pulls out a shopping list.

The motorist is then told he can either drive to the supermarket or he will be under arrest for a lockdown breach.

‘I’m going to the supermarket, but you won’t give us our licence,’ the passenger says. 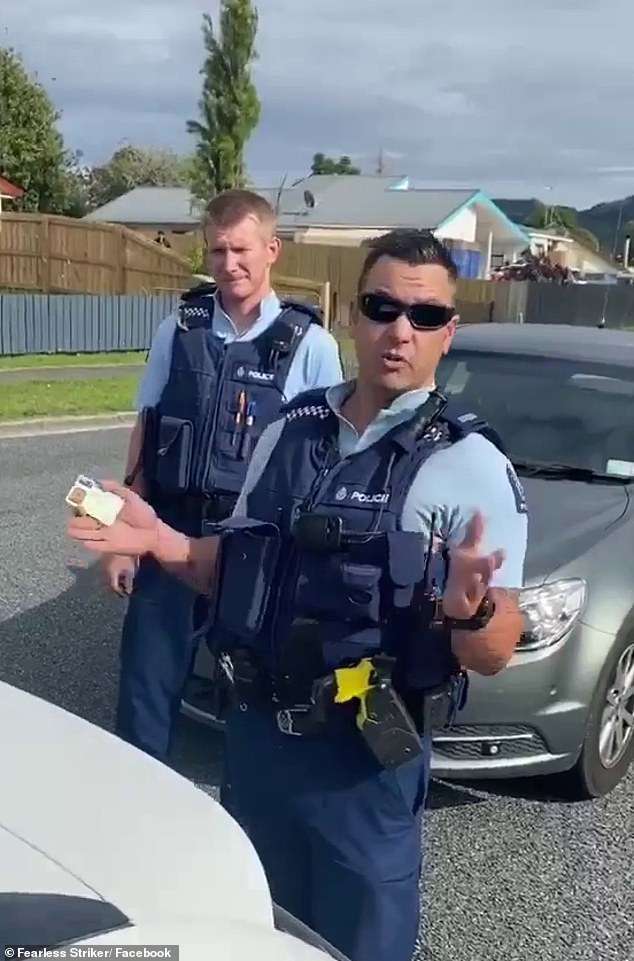 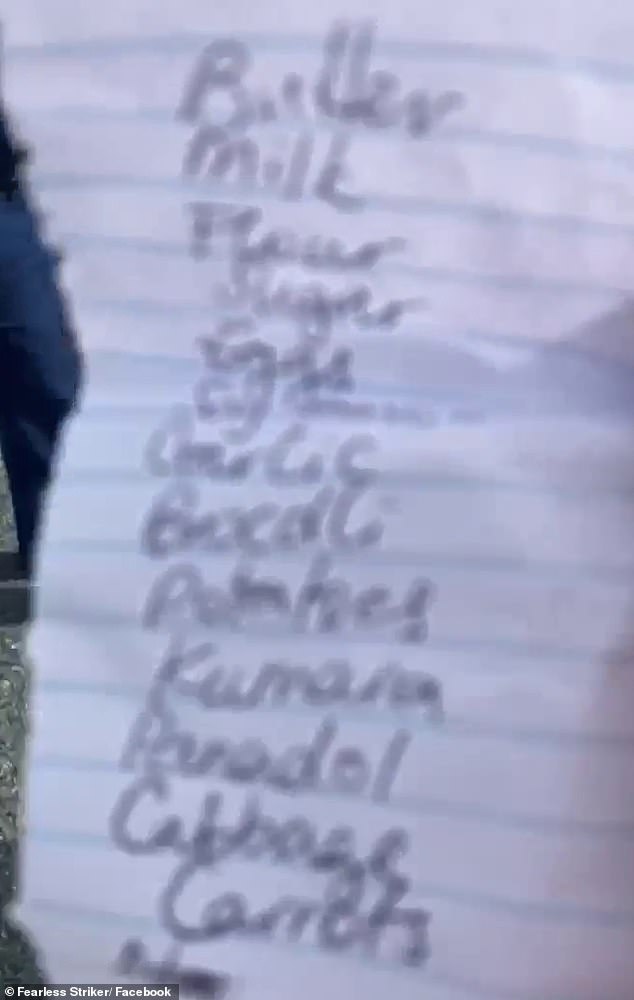 The passenger pulled out a shopping list, which had butter, milk, flour, sugar, eggs and carrots on the list

He then tries to reach for the licence but the officer refuses to hand it over.

The officer tells the pair they must go to the supermarket and then go home before handing it back.

The pair then accuse the officers of trying to make them break the rules before they get back into their car.

‘Hey you guys might want to get in your car so you can follow us to the supermarket,’ the passenger says.

The footage sparked a debate online after it was shared on Facebook.

‘What was the point in keeping their license if they were going to follow them. Muppets wasting time and energy,’ one person wrote.

‘Wow letting people drive without a license?! That’s the first….’ another wrote.

However, a number of people thought the police were being fair.

‘How many people are driving around with shopping lists as an excuse to be out an about,’ one person wrote. 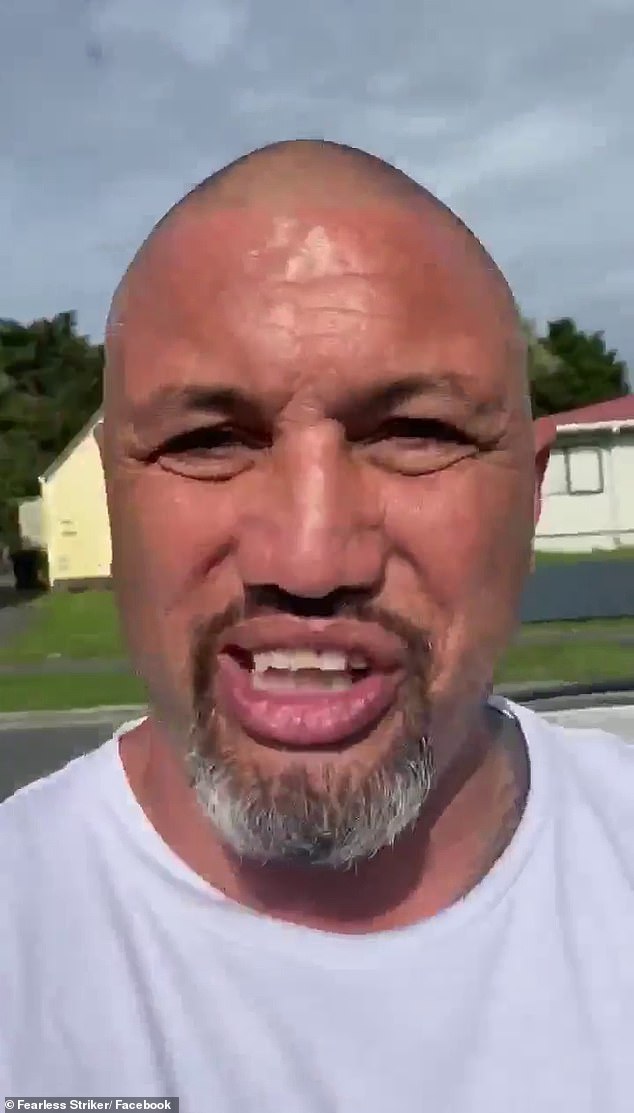 ‘If you see how many people are breaching the lockdown rule and the bulls**t excuses that are being given to the police I can understand why they have been pulled up and questioned,’ another wrote.

‘Bro just go shopping, well done to the police for handling it they way they did,’ wrote another.

Police have been clamping down on people flouting coronavirus lockdown rules in recent weeks.

On Monday, the Cabinet will meet to decide whether to end four weeks of level four restrictions and downscale to a level three lockdown.

Under level three lockdown rules, schools will reopen, and more businesses – including the construction and forestry industries – can get back to work.

Restaurants  will be able operate for delivery orders only.