JK Rowling has come under fire from her fans after she appeared to ‘like’ a tweet which referred to transgender women as ‘men in dresses’.

The tweet was posted during a row about the status of transgender women in the Labour party.

The Harry Potter author’s representatives told the Sun that the ‘like’ was a ‘clumsy and middle-aged moment’.

They added that this isn’t the first time Rowling has ‘favourited’ something by holding her phone incorrectly. 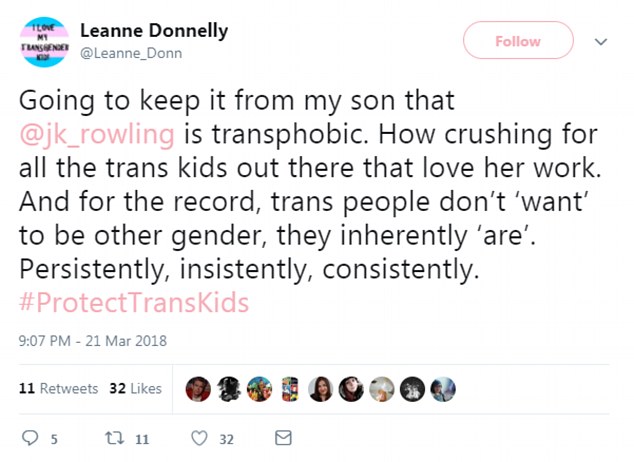 However her fans were quick to notice the apparent nod of support to the transphobic tweet which read: ‘I was shouted at by men at my first Labour Party meeting aged 18 because I asked them to remove a Page 3 calendar.

‘I’ve been told to toughen up, be louder, stronger, independent. I’ve not often felt supported. Men in dresses get more brocialist solidarity I never had. That’s misogyny!’

Leanne Donnelly posted that she thought it would be ‘crushing’ for transgender children to know that the writer was ‘transphobic’, adding: ‘Going to keep it from my son that @jk_rowling is transphobic.

‘How crushing for all the trans kids out there that love her work. And for the record, trans people don’t ‘want to be other gender, they inherently ‘are’. 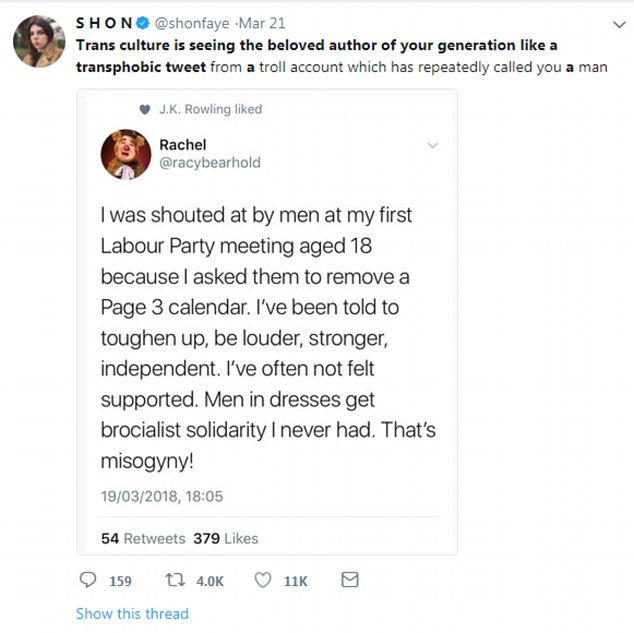 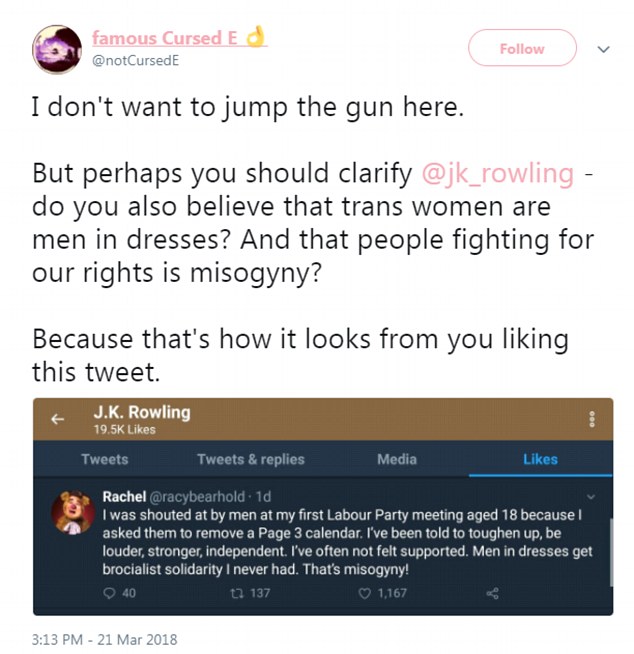 Another user asked Rowling what she meant by liking the tweet

Another twitter user pointed out that Rowling should clarify what she meant when she liked the tweet.

They posted on the social media platform: ‘I don’t want to jump the gun here.

‘But perhaps you should clarify @jk_rowling – do you believe that trans women are men in dresses? And that people fighting for our rights in misogyny?

‘Because that’s how it looks from you liking this tweet.’ 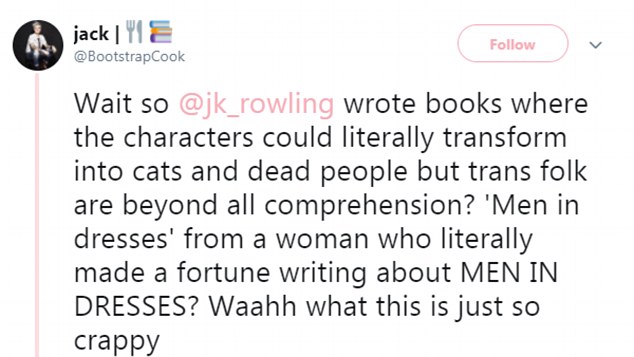 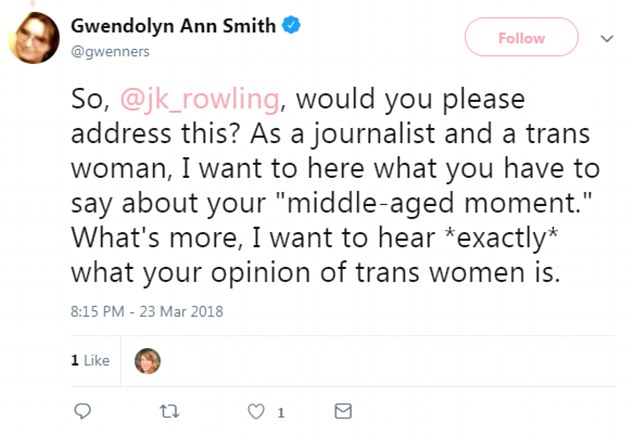 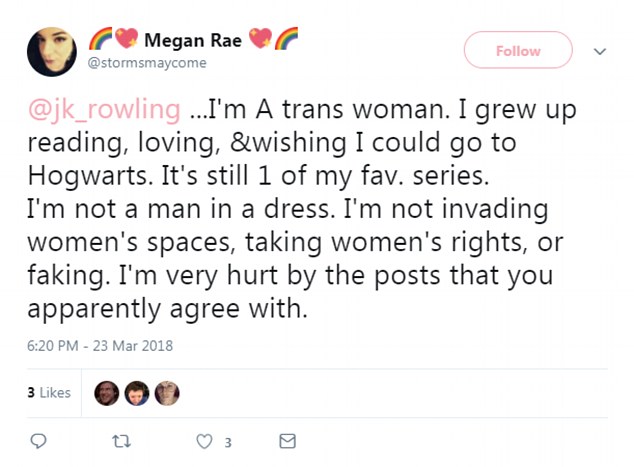 Megan Rae, a trans woman, tweeted that she was ‘hurt’ by the news that Rowling apparently agrees with a transphobic tweet

One Harry Potter fan who identifies as a woman said that they were ‘hurt’ that Rowling ‘apparently agreed with’ the transphobic tweet.

She wrote: ‘@jk_rowling I’m a trans woman. I grew up reading, loving, & wishing I could go to Hogwarts. It’s still 1 of my fav. series.

‘I’m not a man in a dress. I’m not invading women’s spaces, taking women’s rights, or faking.

‘I’m very hurt by the posts that you apparently agree with’. 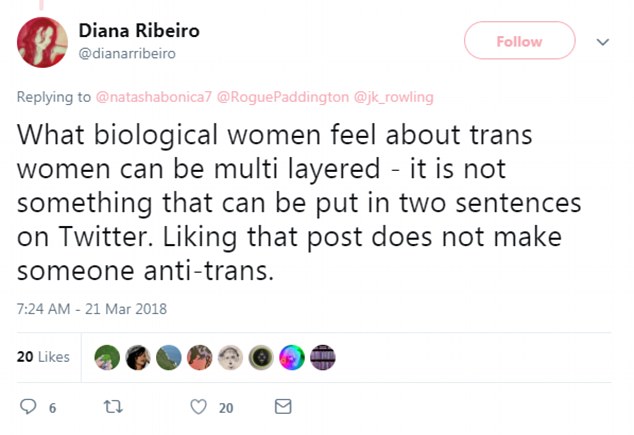 However Diana Ribeiro jumped to Rowling’s defence suggesting that just because she has liked one tweet doesn’t maker her anti-trans.

She said: ‘What biological women feel about trans women can be multi layered – it is not something that can be put into two sentences on Twitter.