Ms Ardern fumed that Australian counterpart Scott Morrison had left her to ‘shoulder the responsibility’ of dealing with 26-year-old Suhayra Aden and her two children, despite the fact that she has not lived in New Zealand since she was six.

‘She has resided in Australia since that time, has her family in Australia and left for Syria from Australia on her Australian passport,’ she said.

‘Coming to New Zealand, where they have no immediate family, would not be in their best interests.’

A 26-year-old ISIS bride, named locally as Suhayra Aden, has been arrested crossing from Syria into Turkey with her two children – sparking a row between Australia and New Zealand

But Mr Morrison defended his position, saying: ‘We do not want to see terrorists who fought with terrorism organisations enjoying privileges of citizenship, which I think they forfeit the second they engage as an enemy of our country.’

Aden was born and grew up in New Zealand but came to Australia and was living in Melbourne when she fled the country in 2014 to join ISIS in Syria.

While there she was married to two Swedish ISIS converts and had three children, one of whom previously died of pneumonia, ABC reports.

She was arrested on Monday evening while trying to cross the border from Idlib province in Syria, where she had been living, to Turkey.

Her two children, aged two and five, were arrested alongside her.

‘It was determined that a 26-year-old woman named SA, who was among those arrested, was a terrorist from [ISIS].’

Australia revoked Aden’s citizenship last year, before she was arrested, despite objections that Ms Ardern had raised with Mr Morrison.

‘I never believe that the right response was to simply have a race to revoke people’s citizenship … We will put our hands up when we need to own the situation, we expected the same of Australia,’ she said. ‘They did not act in good faith.’

Reporters in the press gallery said the normally even-tempered leader was ‘visibly furious’. 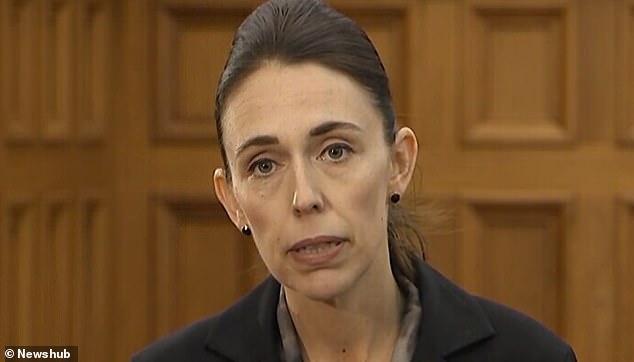 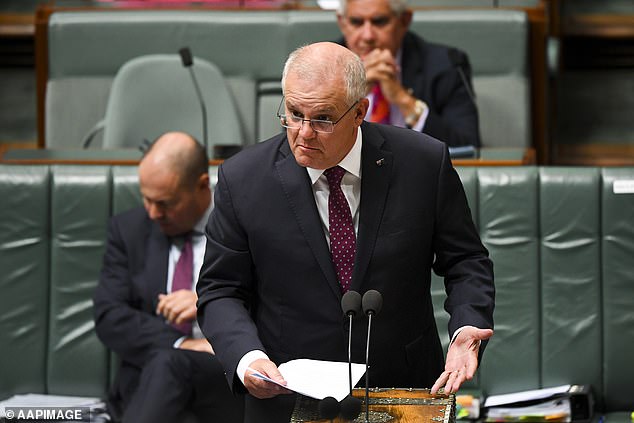 AAP’s New Zealand correspondent Ben McKay quoted a NZ press gallery veteran and said it was ‘the angriest I’ve ever seen her’.

Ms Ardern said she has ‘repeatedly’ told Australian authorities that the woman has family in Australia and should return there.

‘Any fair minded person would consider this person an Australian and that is my view too.’

The leader said she had personally told Prime Minister Scott Morrison that Australia had ‘abdicated its responsibilities in relation to this person’.

She added that the children had been born into a conflict zone ‘through no fault of their own’ and that going to New Zealand would not be in their best interests.

‘New Zealand, frankly, is tired of having Australia export its problems,’ she said.

Scott Morrison told reporters on Tuesday that his job is to ‘put Australia’s national security first’.

Australia has a policy to strip anyone with dual-citizenship who has been involved with terrorist activity.

‘There is still a lot more unknown about this case and where it sits and where it may go next,’ Mr Morrison said, adding that the two leaders would speak about the issue later on Tuesday.