Jose Mourinho reportedly confronted Italian referee Luca Pairetto in the tunnel of Bologna’s stadium after his Roma side slumped to a 1-0 defeat on Wednesday night in Serie A.

Abraham and Karsdrop were both booked and the yellow cards mean the duo will miss the weekend’s clash against Inter Milan.

Zaniolo, meanwhile, was booked for diving and it prompted Mourinho to suggest the winger should leave Serie A because of a lack of protection from officials.

‘I’ll have to invent the line-up on Saturday,’ said Mourinho,

‘Luckily, I replaced Gianluca Mancini. Otherwise, he may have been booked too.

‘I will finish with one observation. I want to say something that probably goes against my interests. If I were Nicolo Zaniolo, I would start thinking that perhaps playing in Serie A means things will be stacked against me.’ 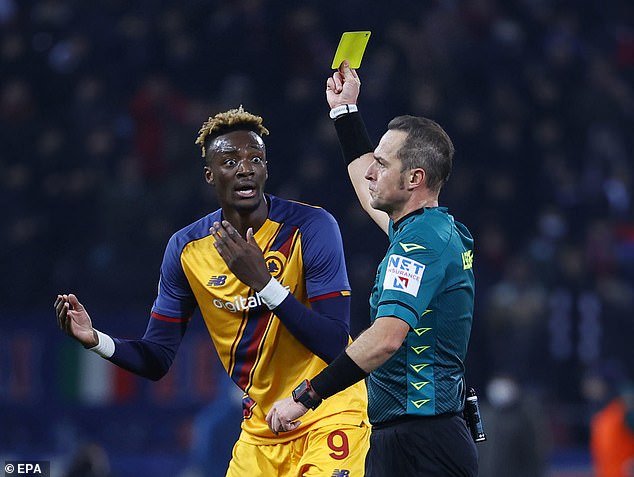 Roma are currently fifth in Serie A but are already six points off the top four and the Champions League places.

Things don’t get any easier with a match against Inter, the defending champions, on Saturday night.

Inter are third in the table, but Roma will be hoping that home advantage helps them record what would be a vital three points.