Anti-Melbourne vandals angry with people fleeing the city to escape coronavirus lockdowns have graffitied ‘F*** off … COVID C***’ to get non-residents to go home.

Mornington Peninsula Shire Council rangers on Friday were seen removing graffiti from the side of the building at Rye Ocean Beach, which also read ‘Go Home, Turn Around’ and ‘Melbourne Dogs’.

Rye Ocean Beach is located on Victoria’s Mornington Peninsula, next to St Andrews Beach and near Rye, Blairgowrie and Fingal.

It is also in an area where the Stage 3 Stay at Home restrictions are enforced – stretching from Frankstown, Casey, up to the Yarrra Ranges and through to the Mitchel Shire, Melton and Wyndham.

These restrictions include residents only leaving their properties for four reasons: work, education, essential shopping and medical attention. 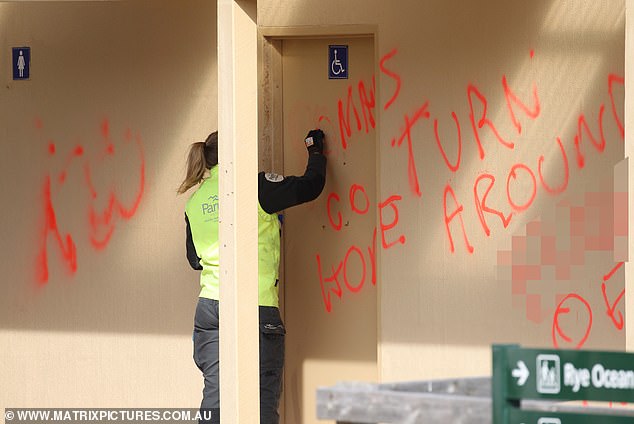 The targeted attack comes as tensions rise between Melburnians and Victorians living outside the city as the state battles a second wave of COVID-19.

On Friday, Victoria recorded 300 new COVID-19 cases and six deaths – off the back of 403 cases and five deaths the day before.

There are 206 Victorians in hospital including 41 in intensive care. 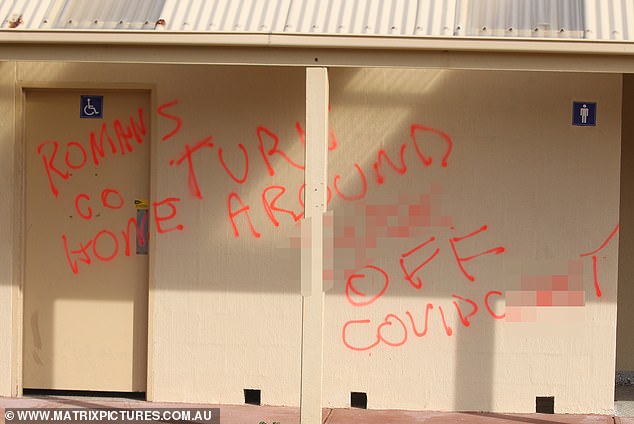 Council rangers were seen removing graffiti from a Rye Ocean Beach building, located on Victoria’s Mornington Peninsula, next to St Andrews Beach and near Rye, Blairgowrie and Fingal

Communities near Melbourne including Lorne, along Victoria’s iconic Great Ocean Road, have been inundated with Melburnians the past few weeks as they seek to escape the harsh stay-at-home measures.

Lorne’s population, estimated at about 900, is believed to have recently blown out to about 5,000 as parts of the state moved into lockdown.

Melburnians have since been issued a stern warning against fleeing the city so they can stay in their holiday homes. 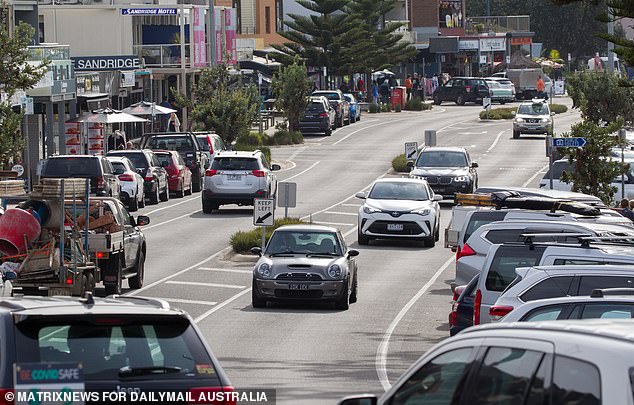 The main strip of Lorne was packed with cars and people on July 10. Some locals have lashed out at holiday home owners who they claim rushed to the coastal town to beat lockdown 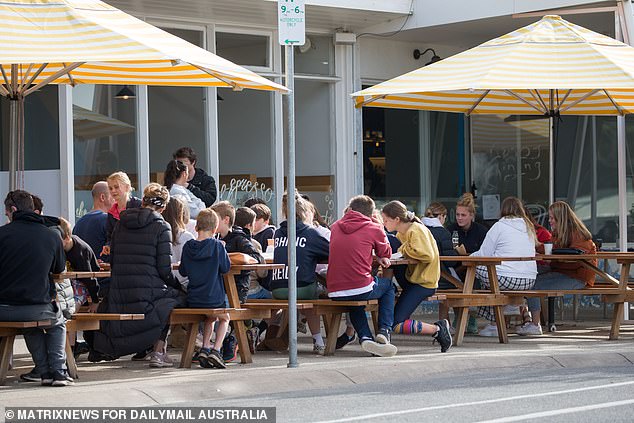 People dine out on the streets of Lorne on July 10. Locals claim the population climbed by thousands due to lockdown-dodging Melburnians

Relocating is strictly not allowed, according to Premier Daniel Andrews earlier this month.

Victorian Senator Sarah Henderson labelled regional areas as a ‘true safe haven’ on July 13, and urged locals to report any holiday home owners who are not doing the right thing.

‘We can’t afford to see that compromised. I urge local residents living in regional Victoria to report all suspected breaches of restrictions to police,’ she told Herald Sun.

Her comments came as Queenscliff Council, on the Bellarine Peninsula in southern Victoria, informed Melburnains who decided to relocate to their holiday homes they would be subject to the same stay-at-home rules. 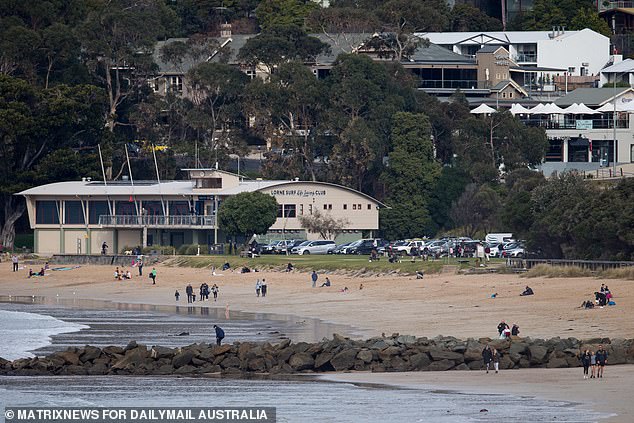 People flocked to the beach at Lorne on July 10 despite the cold conditions. If they were in Melbourne, where locals claim they should be, they would be forced to stay home 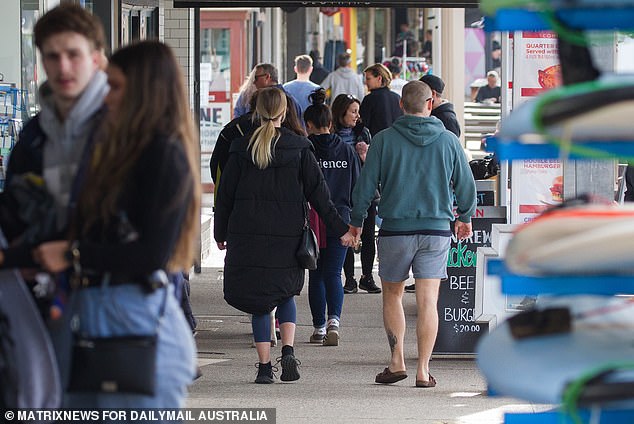 The streets of Lorne appeared extremely busy on July 10

Geelong council, which includes Barwon Heads and Ocean Grove, and the Surfcoast Shire, which includes Torquay, Anglesea and Lorne, and East Gippsland with Lakes Entrance and Mallacoota, have also been informed to report any Melbourne residents.