A furious mother has accused her son’s school of sexism after he was excluded for having his hair tied back.

Macauley Wade, 16, was accused of having an ‘extreme haircut’ because his hair was tied in a bobble at Havelock Academy in Grimsby.

Macauley’s mother Theresa Wade has pointed out the uniform policy says ‘hairbands should be plain and subtle’ but does not differentiate between girls and boys.

Ms Wade says that girls would not be treated in the same fashion, and claims that Havelock are trying to ruin his ‘individuality’ and forcing their pupils to become ‘robots’.

Macauley Wade, 16, was told that he would not be allowed to attend Havelock Academy for the remainder of the year

To make matters worse for the young student, he is in the middle of sitting his GCSE exams, and has been told that he cannot come into the school to attend special revision classes for his upcoming exams.

He was told to leave the school last Wednesday and that he would not be allowed back with his hair in a bobble.

However, there is reportedly no problem with him wearing it down.

Macauley from Grimsby, said: ‘I had put my hair in a bobble to stop it falling down into my face when I am doing my exams or studying.

‘But when I went into school last Wednesday, I was pulled aside by the deputy head who told me that I have an extreme haircut and would have to go home.

‘I ended up sitting in reception for nearly two hours waiting to be collected, and wasn’t allowed to go to any of the classes that were on, it just doesn’t seem right to me.’ 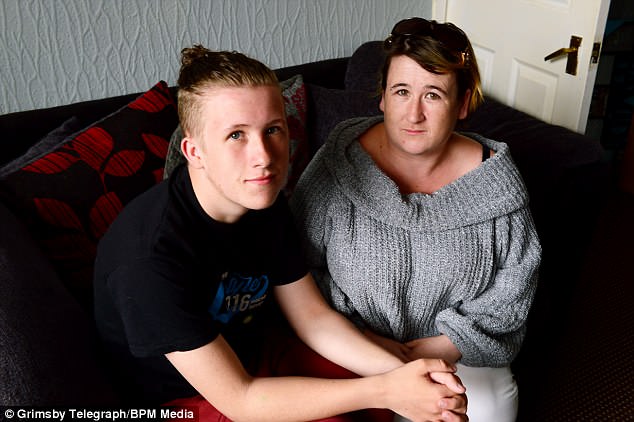 Macauley Wade, 16, has been excluded and mother Theresa Wade is furious since he is about to sit his exams

The Havelock Academy uniform policy states that ‘long hair must be tied up for PE/practical Science and/or subjects’ which the Wade family believe that they have fully adhered to.

Theresa said that they have never had a problem with the school before, and that her son’s hair used to be far longer and messier than it is now.

She said: ‘I don’t know why they have decided to do this now right in the middle of his GCSE exams.

‘He has had long hair for a long time, and it used to be really messy before he recently got it cut to make it look more neat and tidy.

‘The school had never once complained about his messy hair, and it just seems sexist that they have excluded him because his hair is in a bobble, girls are allowed to do it so why not Macauley?

‘He is 16 now, and becoming his own person who likes to show off his personality, and his hair being like this is just part of who he is.

‘It is like they want all of their students to be like robots judging by how they treat them.’ 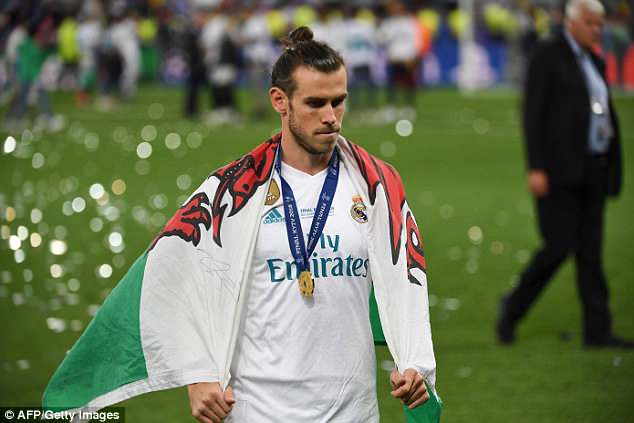 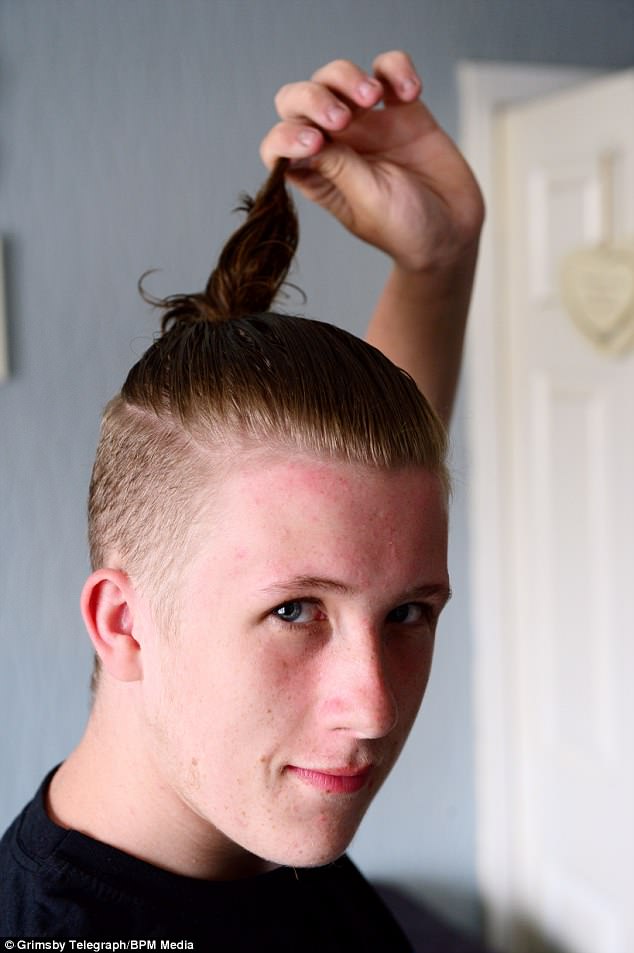 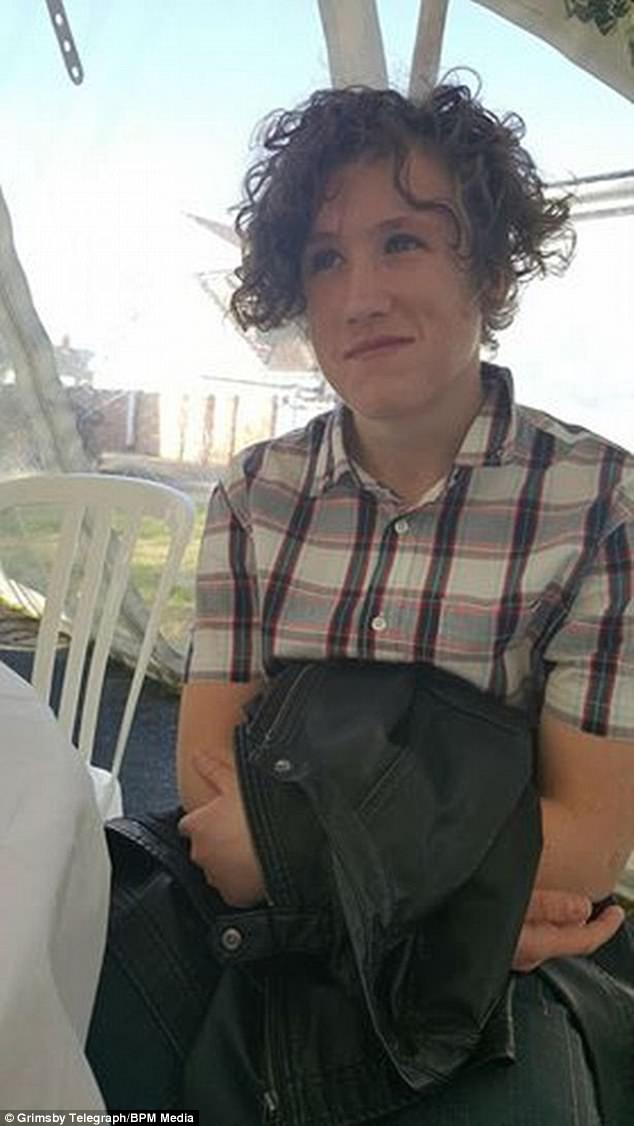 Macauley has grown his hair out but is told he should not wear it in a bobble at school. Havelock Academy in Grimsby has now excluded him

Macauley is now concerned that missing out on school could have an effect on his exams, as he says that he is missing out on important revision classes that could help him.

He said: ‘I am worried now about losing out on important revision for my exams, I don’t think that it is right that I have been told that I cannot come to school just a few weeks before I am about to finish.

‘I only put my hair in a bobble to stop it falling into my eyes when I am working.’

A Havelock Academy spokesperson said: ‘We have a clear uniform policy that all students must adhere to, which includes hair styles. These are made clear to all students, as well as parents and carers, when they join our school.

‘We met last week with one of our students, who is on study leave, along with his mother to request that he untie his hair to meet our policy.

‘Regrettably, they have chosen not to, and we hope that they will reconsider their decision.’

Inappropriate hair styles will not be accepted in the Academy.

Only natural hair colours are allowed.

There must be no ‘extreme’ hair styles such as swirls or bright colours, stripes or patterns cut into the hair, no hair extensions or coloured braids.

Head bands must be plain and subtle.

Long hair must be tied up for PE/practical Science and/or subjects.

Beards and moustaches are not acceptable in Years 7 to 11 and must be clean shaven. In Years 12 and 13, beards must be trimmed, neat and tidy.