EXCLUSIVE: Furious Nottingham Forest DEMAND reforms to the Championship – including the introduction of VAR – after their penalty shout was ignored in crucial defeat by Bournemouth… as owner complains over standard of refereeing

Nottingham Forest have written to the EFL to demand reforms to the Championship, including the introduction of VAR.

The Reds were beaten 1-0 by Bournemouth on Tuesday night, a result which saw Steve Cooper’s side condemned to the play-offs as their opponents were promoted to the Premier League.

But there was controversy in the first half as Forest striker Sam Surridge had a penalty claim ignored because the offside flag was incorrectly raised against him. 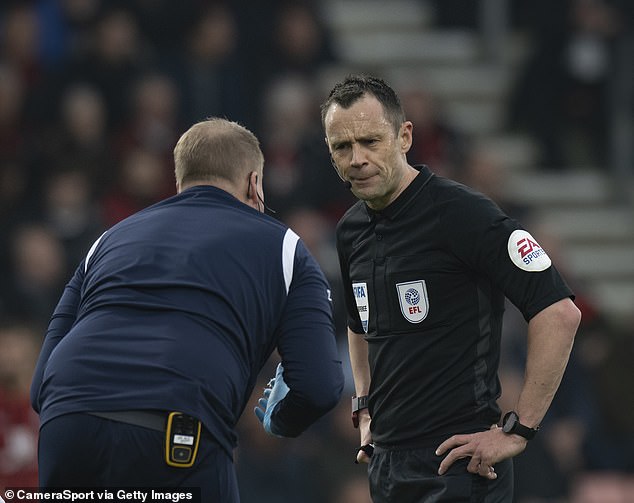 Referee Stuart Attwell, pictured, admitted it was a mistake not to give Forest a spot-kick

Sportsmail understands that Forest owner Evangelos Marinakis has complained to the EFL about the standard of officiating and said that it is ‘imperative’ that VAR is implemented in the Championship.

There have since been reports that VAR is set to be used in the Championship play-offs in the coming weeks.

Manager Steve Cooper revealed that referee Stuart Attwell and his assistant apologised after Tuesday’s game for not awarding a penalty when Surridge was brought down in the box by Bournemouth goalkeeper Mark Travers. 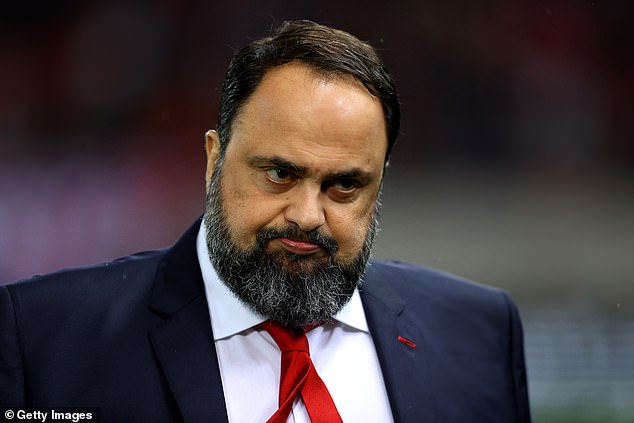 ‘They have put their hands up and owned up to a huge error,’ he told BBC Radio Nottingham. ‘It doesn’t really help but at least they had the courtesy to own up to the decision that they made.’

Sportsmail understands that Marinakis is also unhappy about the current television deal in the second tier, which he believes is ‘extremely low’ considering the financial potential of the division.

The existing agreement with Sky Sports runs until 2023 and sees clubs get around £2.5million a year in addition to a flexible sum based on how many of their games are shown live.

The Reds are demanding a ‘fully impartial and fully professional governing body’ for the benefit of every club in the league. 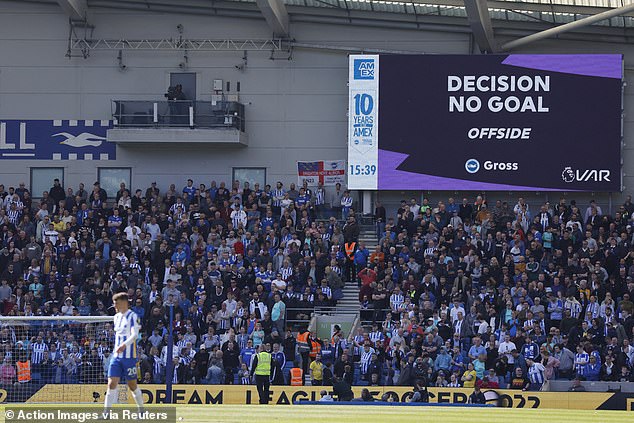 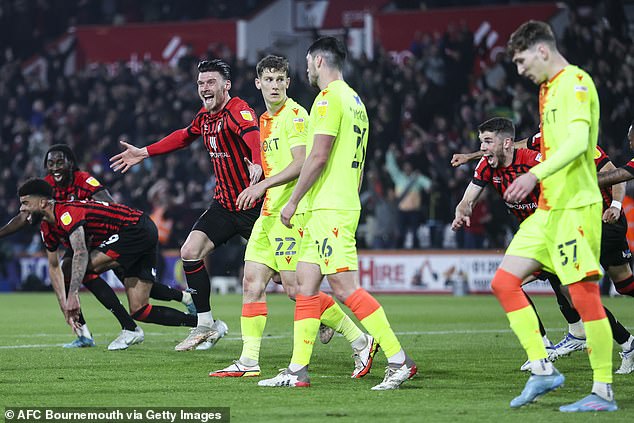 They remain frustrated that their away fixture at Bournemouth was not played on its original date in February, when it was postponed at the last minute due to storm damage.

The club feel more could have been done to get the game on or played the following day, including the sourcing of a cherry picker to assess the damage. Kieffer Moore, the goal scorer on Tuesday night, would have missed the original match due to injury.

Forest travel to Hull this weekend on the final day of the regular Championship season before the playoffs begin on Friday 13 May.

The Reds and Huddersfield are guaranteed a spot in the end of season lottery, while Sheffield United, Luton, Middlesbrough and Millwall will battle it out for the final two places.