British Airways customers have spoken of their anger at having to shell out thousands of pounds on replacement flights – only to be told that their plane hadn’t actually been cancelled.

Gold and Silver Executive club card holders alongside those that had booked to sit in business class and economy seats were all left with their holiday and work trip plans in tatters after the airline announced the strike on September 9, 10 and 11.

But after spending their Bank Holiday hurrying to book with a different airline, they were contacted again to say that they’d been told their flight was cancelled due to an ’email error’.

Mother Caroline Feraday, 41, (pictured above with her one-and-a-half-year-old daughter) spent an additional £200 on a new flight to Palma, Mallorca, after she was told that the original return flight on September 8 was cancelled 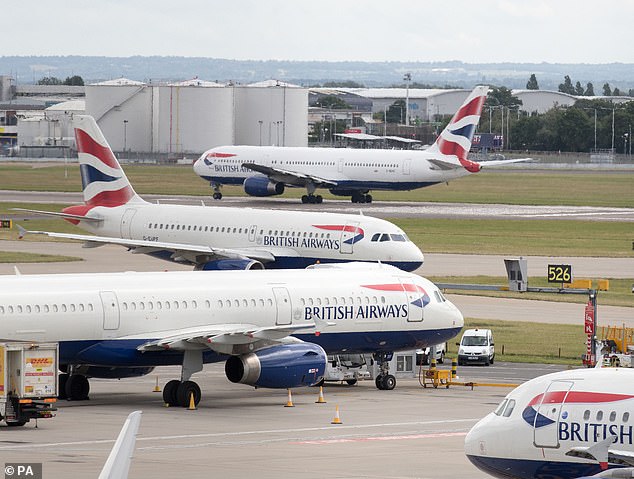 Mother Caroline Feraday, from Rochester, Kent, booked a new £200 flight to Palma, Mallorca, with her one-and-a-half-year-old daughter after BA emailed to say their plane on September 8 was cancelled. They were going away to spend time in the sun with her parents.

‘I could not get onto the BA website at all’, she told MailOnline.

‘So, I paid £200 for a single-leg return on EasyJet at 7am, which means now getting up at 5am with her and losing the last day of our holiday.

‘Then I received another email from BA saying that the flight wasn’t cancelled at all and apologising for the ‘temporary disruption”.

The 41-year-old, who works as a TV and radio presenter, said she tried to call BA again, but couldn’t get through.

Speaking of her frustration, she said: ‘It’s one thing to cancel a flight. But to cancel it, cause the panic, and then I paid extra to buy new flights, and then change their minds…

‘It is just appalling’. 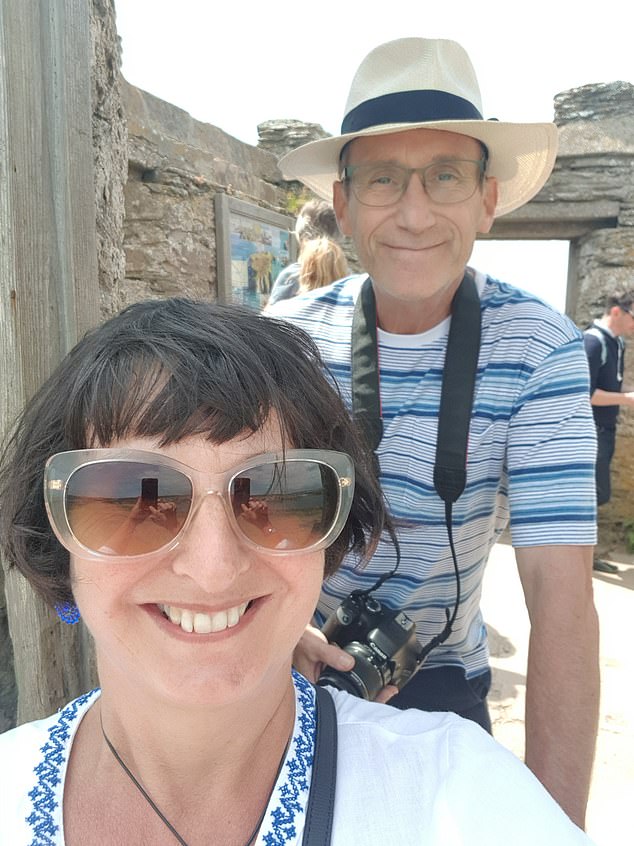 NHS manager Julie Conway, 55, and her husband Dean, 58, who works as a fishmonger, had booked £1,800 flights with the airline to Singapore for their 21st wedding anniversary. The couple have now re-organised their holiday as a trip to Scotland and are asking BA for a refund

NHS manager Julie Conway, 55, and her husband Dean, 58, who works as a fishmonger, live in Gosport, Manchester, and had spent £1,800 booking flights to Singapore to celebrate their 21st wedding anniversary.

‘We got an email saying the flight on September 9 was cancelled’, Julie told MailOnline, ‘So we ended up booking a different holiday to Scotland’.

‘We got the email yesterday morning, quarter to six, and our hearts kind of sank.

‘The holiday was in two weeks time. We were going to change all of our money next week and we had booked excursions that we will have to cancel.

Later that day, however, they received an email saying that the flight wasn’t actually cancelled, and decided that they would like a refund.

‘If I was in charge of BA I would of got all of my available staff on the phone lines.

‘This has just caused so much unnecessary stress for people. I think we’ve been lucky as we were able to re-book a holiday – but there must be some people who are relying on that refund to book and still haven’t got it.’ 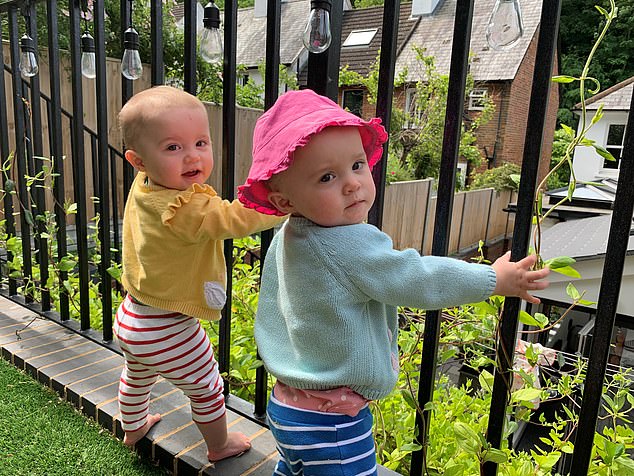 Danielle Collins booked new flights, costing £400, for herself, her husband, and her twin 14-month-old daughters Grace and Eva (pictured). She then had to switch everything back again once BA contacted her to say that the flight was still going ahead

She then had to switch everything back again after BA contacted her to say that the flight was actually still going ahead.

‘If it had just been my husband and I, we wouldn’t have bothered changing bac kas it was painful enough the first time round,’ she told MailOnline.

‘I’m now nervous about potential delays as a later statement released by BA apologising for the email mistake then said there still may be some disruption.

‘I wish they’d told us in the email they sent to us!’

Financial Advisor Richard Fry, 62, who lives in East Grinstead, was due to fly out to Malta on September 9 with BA to appear in a court case, but was told his flight was cancelled.

‘I spent Saturday trying to speak to BA about alternatives and so on but without success, a recording message just kept saying ‘please call back”, he told MailOnline. 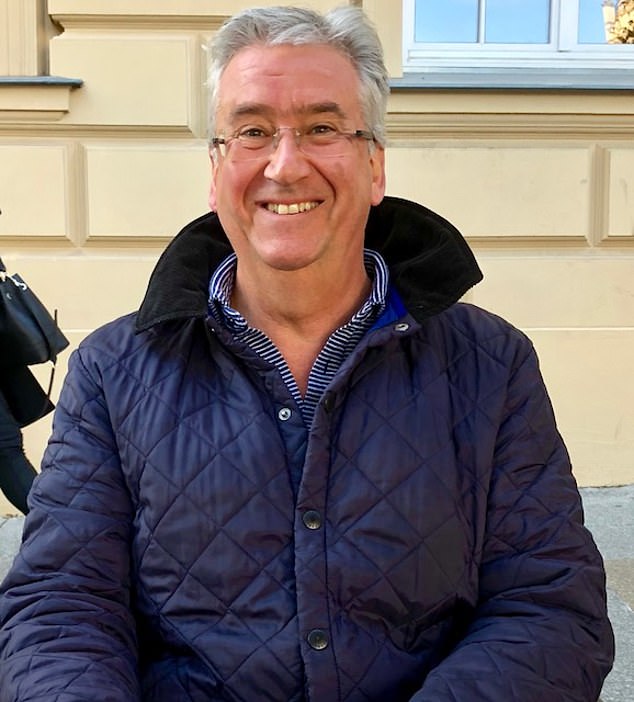 Financial Advisor Richard Fry, 62, who lives in East Grinstead, said he had booked new flights and was asking BA for a refund after they emailed him to say that his plane to Malta was cancelled

After booking alternative flights with Air Malta and EasyJet, as a failure to show would leave him in contempt of court, Richard was contacted by BA to tell him his flight wasn’t cancelled.

‘I’ve tried to use BA, you know, to be patriotic but if you can’t rely on it then no. I won’t use them.

‘For me personally, I have to fly out to Malta every month so I have to be certain that I will get there.’

Leslie Royal, 67, booked flights to America on September 8 for an 18 months ago for a 24-day trip around Arizona with his brother Michael, 54, through California and Arizona.

‘Yesterday, I endured the 16 most stressful hours of my 67 years I have ever had to deal with,’ he told MailOnline. 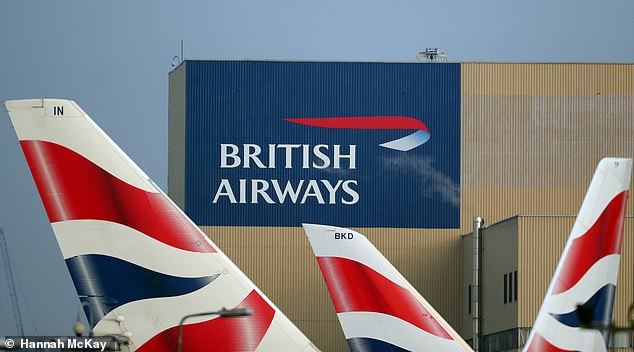 After having no breakfast as he rushed to book a new flight, he found that the price carried on jumping up on new flights by between £400 and £700.

‘Every time you went onto what appeared to be a decent price or one that I could pay you’d get into the details and the price was actually way higher’, he said.

‘At about lunchtime I thought this is getting me down, I’m really getting emotionally tied up. I rang a friend and she said get a cup of tea.

‘When I called my brother he dashed over and sat here trying to ring while I was trying to get a decent flight.

Talking about his anger, Leslie said: ‘Emotionally this has been really draining. I am not very happy.’

Gold Club member Khalid Jamal also told MailOnline that he was affected, and that he had been told his flight from Nairobi to Pittsburgh via London had been cancelled.

Another Gold club member, Gareth Williams, said he was ‘slowly getting used to the shambles that is British Airways’, after they cancelled his flight before emailing later in the day to say it was going ahead.

A Silver Executive Club member, who was due to fly on September 8 and had a taxi booked from Dorset, also said that their flight had been cancelled by the airline.

‘Absolutely shocking way to run a business’, they said.

After revealing that the cancellation email had been sent ‘in error’ to some of its customers, BA said in a statement that they were ‘sorry’ that some had been told their flights had been cancelled.

‘We are getting in touch with all those customers to clarify that their flight will go ahead as planned.

‘We are sorry for any confusion and inconvenience this has caused.’

They also advised that anyone who had spent money on alternative arrangements should get in touch ‘and we will deal with each case on an individual basis’.

The spokesman added that some flights on non-strike days will be affected, but that the bulk of those cancelled are on the three strike days