A furious shopper took to the supermarket’s Facebook page to complain about and post photos of the alleged incident on Saturday morning at Carlingford in Sydney’s north-west.

He claimed at least four individuals were buying two cans at a time before re-entering the store repeatedly to stock up on more formula supplies.

Photos posted online show the shoppers filling up trolleys of their purchases outside the supermarket.

‘This store has many people walking in and out buying two cans of milk powder repeatedly. They fill all the trolleys up and empty the shelves,’ the angry customer posted.

‘I saw someone buying who looked genuinely disappointed that she can’t get a can. This is only 9am!’

The man called on Woolworths management and staff to do more.

The supermarket’s website states that ‘multiple transactions containing baby formula per single customer may be cancelled prior to dispatch.’ 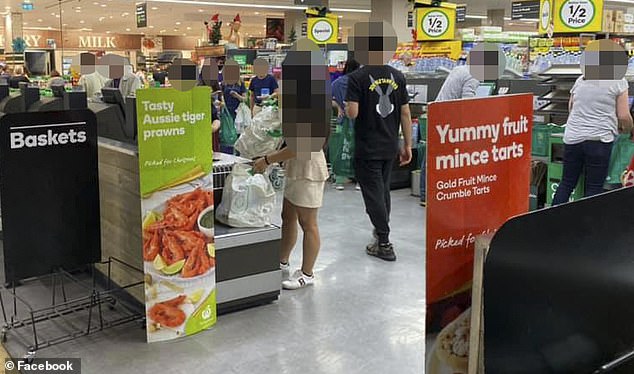 ‘Can management please use some common sense and let store management stop them from abusing the two cans per transaction? At least advise the people who are buying repeatedly that the security camera has spotted them abusing the system,’ the customer posted.

‘At least allow store staff to advise the abusers that you have to wait two hours before buying the 3rd and 4th can. As I’m typing this I can see they have emptied their cans in their vehicle and they are back for more with an empty trolley. 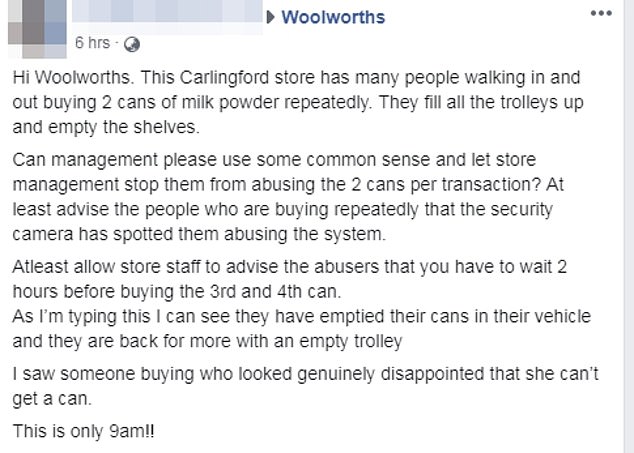 A spokeswoman assured store teams work hard to ensure customers have access to stock when they need it.

‘Baby formula stock was available at our Carlingford store this morning and remains available this afternoon,’ she told Daily Mail Australia.

‘We encourage any parents who find their chosen baby formula is unavailable on the shelves to speak with store management, so we can help get them stock as quickly as possible.’ 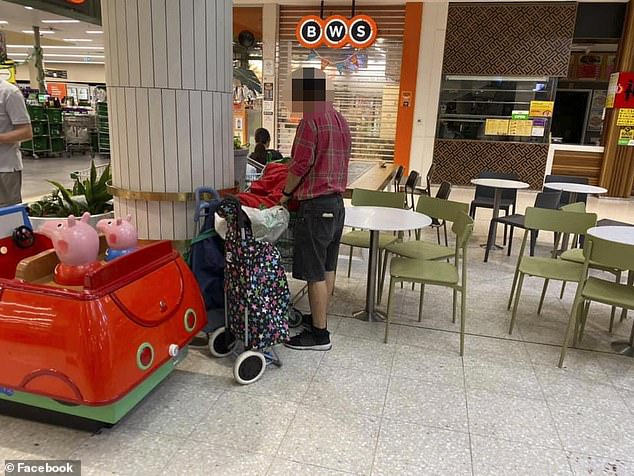 Baby formula manufacturers have struggled to meet the overwhelming demand for the highly sought-after product since an estimated 54,000 Chinese babies hospitalised due to contaminated formula in 2008.

Woolworths and Coles currently have a two-tin baby formula limit for customers due to the popularity of ‘daigou shoppers’, who bulk buy tins of formula to sell for a profit online to China.

It’s estimated there are at least 80,000 daigou shoppers in Australia.

Some daigou shoppers reportedly make more than $100,000 each year by selling tins three times in the retail price in Australia. 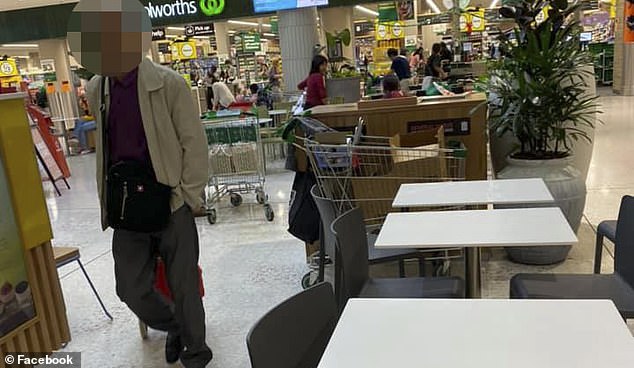 ‘This store has many people walking in and out buying two cans of milk powder repeatedly. They fill all the trolleys up and empty the shelves,’ the angry Woolworths customer posted