Key U.S. allies in Europe and North America slapped back after the Trump administration imposed steel and aluminum tariffs on major trading partners who had sought wavers.

The U.S. action and immediate counter-punch sent markets plunging, with the Dow Jones Industrial Average down more than 200 points. By the close of trading, the Dow had dropped 251 points, or about 1 per cent.

Amid the tit-for-tat among commodities and products, Canadian Prime Minister unloaded on the new tariffs and invoked the conflicts where North Americans shed blood together.

‘These tariffs are an affront to the long-standing security partnership between Canada and the United States, and in particular, to the thousands of Canadians who have fought and died alongside American comrades-in-arms,’ he said.

President Donald Trump’s administration slapped tariffs on steel and aluminum despite pleas from allies in Europe, Canada, and Mexico 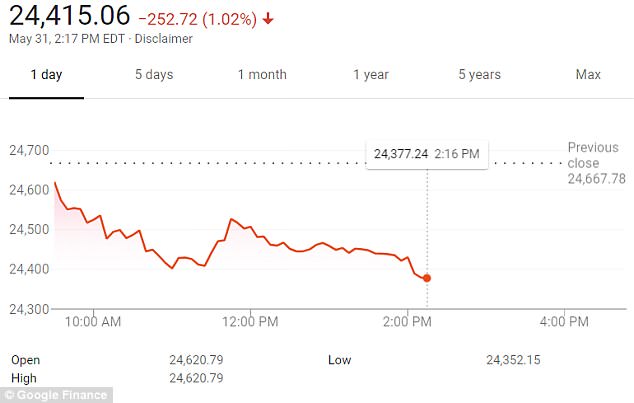 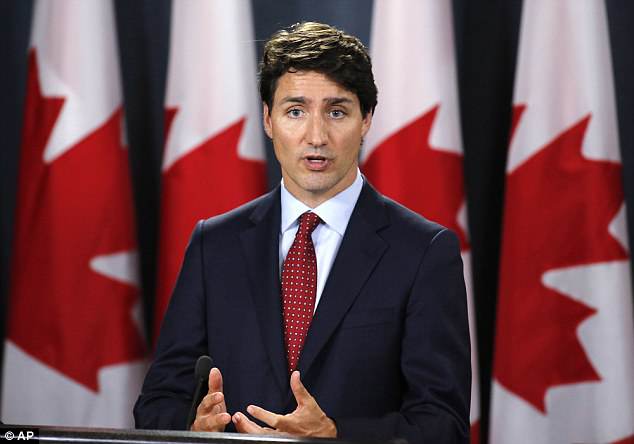 ‘Let me be clear: These tariffs are totally unacceptable,’ said Trudeau

‘Let me be clear: These tariffs are totally unacceptable,’ Trudeau said at an afternoon press conference.

‘Canadians have served alongside Americans in two world wars and in Korea. From the beaches of Normandy to the mountains of Afghanistan, we have fought and died together,’ he said.

‘We defended the United States after Sept. 11th, just as the Americans defended us in the past,’ Trudeau said, alternating between French and English.

He also tried to separate his criticism of the Trump policy from Americans generally.

‘This is not about the American people. We have to believe that at some point their common sense will prevail,’ he said, The Hill reported.

The European Union announced a plan to seek redress at the World Trade Organization, while retaliating against U.S. products including peanut butter.

Canada is imposing its own barriers on U.S.-made steel and aluminum.

The combined actions gave the impression of an escalating trade war – exactly the posture a top European official cautioned against when he said trade wasn’t a fight at the ‘OK Corral.’

‘This is protectionism, pure and simple,’ said European Commission President Jean-Claude Juncker in a statement after the Commerce Department announced the tariffs Thursday.

The Trump administration announced that it is slapping steel and aluminum tariffs on close European allies after months-long negotiations came up short. 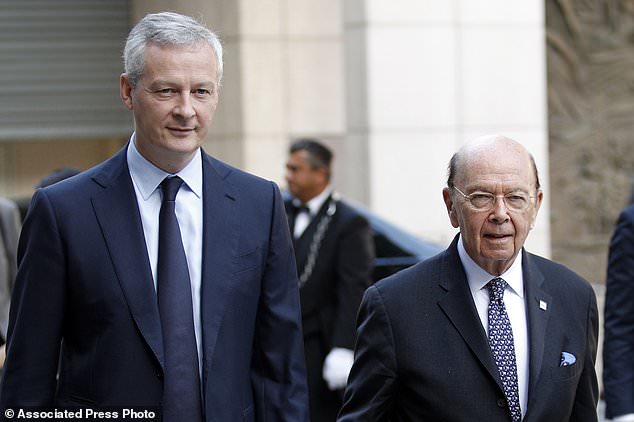 French Finance Minister Bruno Le Maire, left, welcomes US Secretary of Commerce Wilbur Ross prior to their meeting at French Economy Ministry in Paris, France, Thursday, May 31, 2018. He said global trade is not a gunfight at the ‘OK Corral’

Close allies immediately balked, and the administration granted temporary waivers that expire Friday. The administration could announce the new tariffs as early as Thursday after markets close.

‘Global trade is not a gunfight at the OK Corral,’ France’s finance minister warned after meeting U.S. Commerce Secretary Wilbur Ross to try to find a way to avoid an escalating trade war.

‘It’s not about who attacks whom, and then wait and see who is still standing at the end,’ said the finance minister, Bruno Le Maire.

Mexico hit back, announcing tariffs that would hit northern neighbors at the dining room table and the lunch bag, saying it would put tariffs on U.S. steel, pork chops, cold cuts, grapes, apples and berries.

‘In response to the decision of the United States to impose tariffs, Mexico will adopt equivalent measures on a variety of products,’ according to the Mexican finance ministry.

Other products getting hit include pork legs and shoulders, sausages, cranberries, and cheeses, up to  ‘an amount comparable to damage caused by the United States’ action.’

‘We are alienating all of our friends and partners at a time when we could really use their support,’ said former trade negotiator Wendy Cutler, the Associated Press reported. 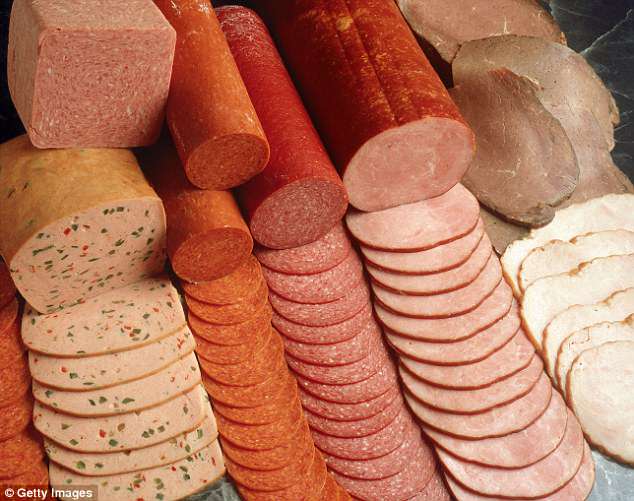 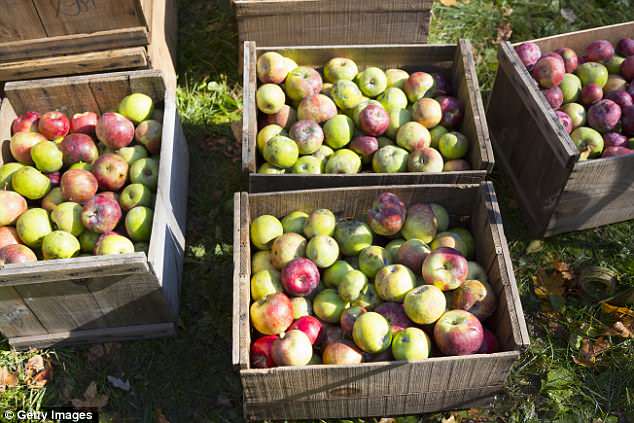 APPLES TO ORANGES: Mexico responded to the steel tariffs with on on apples 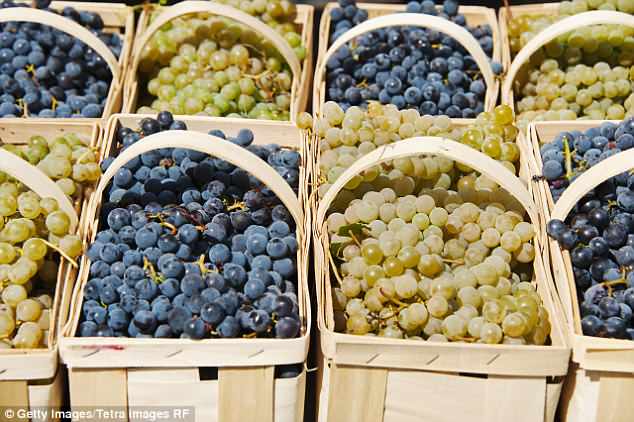 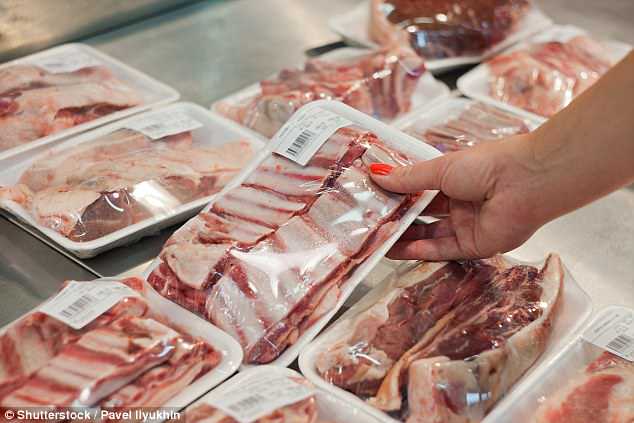 GRILLED: A new tariff on pork bellies also could get the attention of trade negotiators 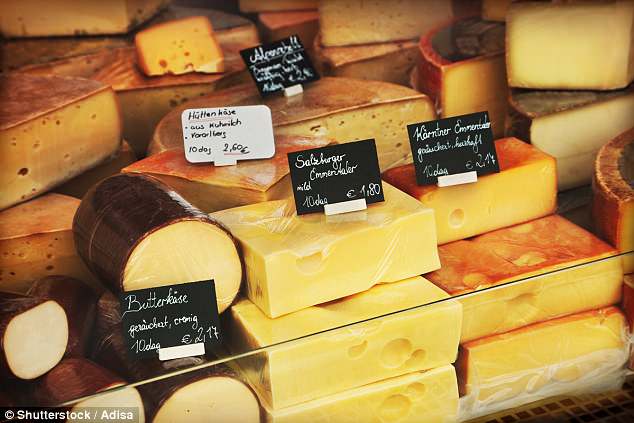 The EU said it would pursue ‘rebalancing measures’ at the World Trade Organization.

‘Today is a bad day for world trade. We did everything to avoid this outcome,’ said EU Commissioner for Trade Cecilia Malmstrom.

Juncker said in his statement: ‘We will defend the Union’s interests, in full compliance with international trade law,’ the Wall Street Journal reported.Canadian Prime Minister Justin Trudeau planned to speak Thursday afternoon to give a response. Trump has repeatedly blasted Canada for its trade practices. 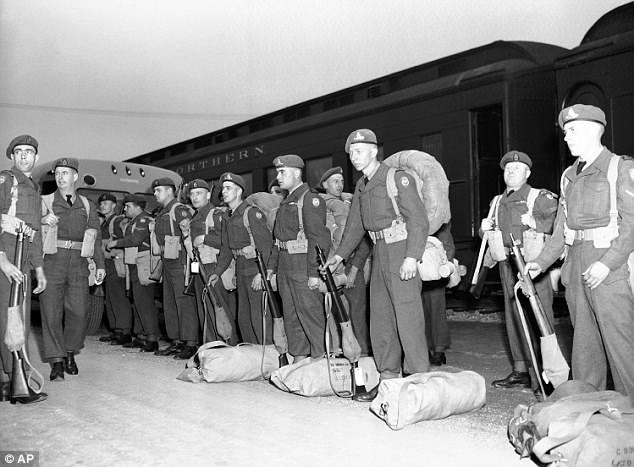 COMRADES IN ARMS: Armed and ready for battle, some members of the Canadian Army Special Force line up on Oct. 13, 1950 at Fort Lewis, Washington after their arrival from Canada. The soldiers, all volunteers and veterans of previous military service, are destined to serve overseas for the United Nations. They will process their equipment at the U.S. army base while awaiting assignment 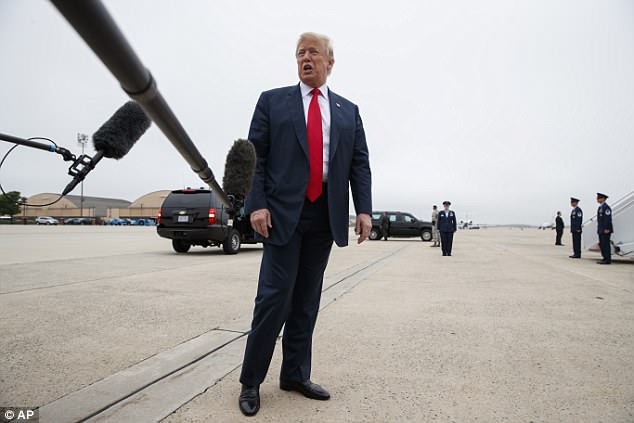 Ross tried to cool fears, saying: ”If any of these parties does retaliate, that does not mean that there cannot be continuing negotiations,’ CBC reported.

‘We continue to be quite willing and indeed eager to have further discussions with all of those parties,’ he said. 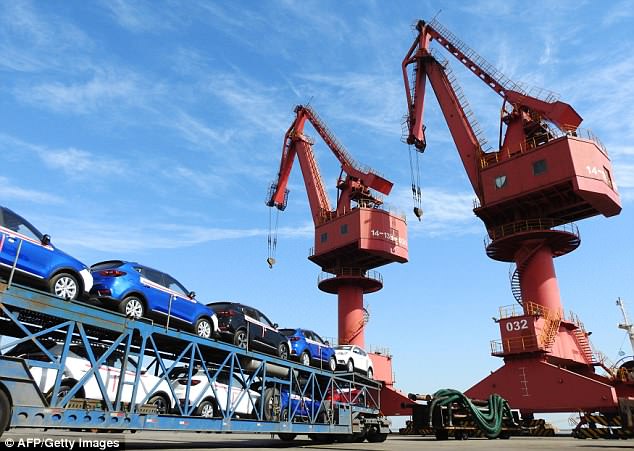 Cars to be exported are seen at a port in Lianyungang in China’s eastern Jiangsu province on May 31, 2018. China on May 30 lambasted ‘sudden flip-flops’ in US policy after President Donald Trump said he was moving to finalise trade sanctions against it — even as a US delegation arrived in Beijing for talks

The tariffs are likely to go into effect on the EU with an announcement before Friday’s deadline, according to two people familiar with the discussions. The administration’s plans could change if the two sides are able to reach a last-minute agreement, said the people, who spoke only on condition of anonymity to discuss internal deliberations.

Ross told Le Figaro newspaper that the announcement would come Thursday, likely after markets close, and that the Americans remain open to negotiations.

EU Commission spokesman Margaritis Schinas said Thursday the European side is ‘ready to deal with any kind of scenario, and to defend the EU interests and international trade law.’

‘Realistically, I do not think we can hope’ to avoid either U.S. tariffs or quotas on steel and aluminum, said Cecilia Malmstrom, the European Union’s trade commissioner. Even if the U.S. were to agree to waive the tariffs on imported steel and aluminum, Malmstrom said, ‘I expect them nonetheless to want to impose some sort of cap on EU exports.’ 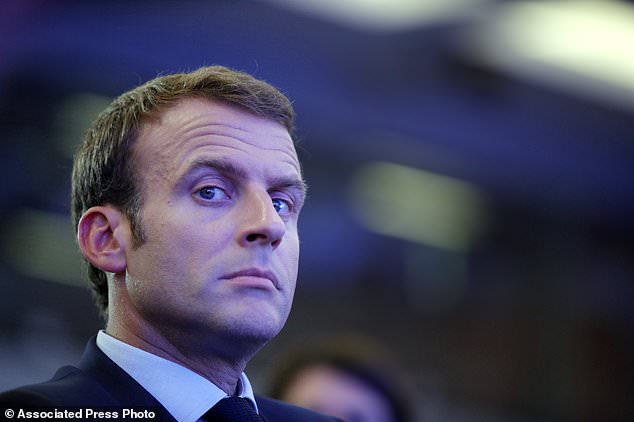 If the U.S. moves forward with its tariffs, the EU has threatened to impose retaliatory tariffs on U.S. orange juice, peanut butter and other goods in return.

Fears of a global trade war are already weighing on investor confidence and could hinder the global economic upturn. European officials argue that tit-for-tat tariffs will hurt growth on both sides of the Atlantic.

‘This will only lead to the victory of those who want less growth, those who don’t think we can develop our economies across the world. We think on the contrary that global trade must have rules in a context of multilateralism. We are ready to rebuild this multilateralism with our American friends,’ he said.

Tariffs on steel and aluminum imports to the U.S. can help local producers of the metals by making foreign products more expensive. But they can also increase costs more broadly for U.S. manufacturers who cannot source all their needs locally and have to import the materials. That hurts the companies and can lead to more expensive consumer prices, economists say.

‘Unilateral responses and threats over trade war will solve nothing of the serious imbalances in world trade. Nothing,’ French President Emmanuel Macron said in an impassioned speech Wednesday.

In a clear reference to Trump, Macron added: ‘These solutions might bring symbolic satisfaction in the short term. … One can think about making voters happy by saying, ‘I have a victory, I’ll change the rules, you’ll see.”

Besides the U.S. steel and aluminum tariffs, the Trump administration is also investigating possible limits on foreign cars in the name of national security.