Police reacted with fury yesterday after a thug jailed for battering a woman police officer was freed just a quarter of the way through his sentence.

WPC Irving came to his assistance after he collapsed in the street – only for Murray to thump her so hard that fellow officers failed to recognise her.

PC Diane Irving after the brutal attack by Kieron Murray, 24, after she tried to help him

Murray was jailed for ten months at Carlisle Crown Court on September 7 after admitting assault causing actual bodily harm. He was freed on curfew on Thursday last week, having served just 76 days.

Carlisle MP John Stevenson said: ‘It’s appalling. As members of the public, we all benefit from the hard work and dedication of front-line emergency service workers.

‘In return, they expect the judicial system to support them.’

Martin Plummer, chairman of Cumbria’s Police Federation, which represents rank-and-file officers, added: ‘It’s a disgrace. Given the circumstances, we felt the original sentence was lenient. At the time Diane was not too disappointed. She knew he’d at least be spending Christmas in prison. 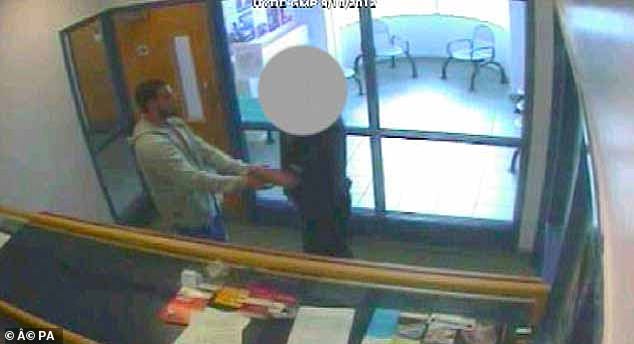 ‘For her to find out he was released was a huge shock. To say she was upset, disappointed and deflated is an understatement.’

Mr Plummer added: ‘When Murray attacked her, Diane was in uniform and going to his aid. We’re not looking for an increase in his sentence, just for it to fit the crime.’

Murray was released on the condition of a 3pm to 7am curfew. Prisoners sentenced to between 12 weeks and four years can be released with such curfews after serving a quarter of their jail term.

A Prison and Probation Service spokesman said: ‘No one is released from prison without a tough risk-assessment, close monitoring, and strict licence conditions.’